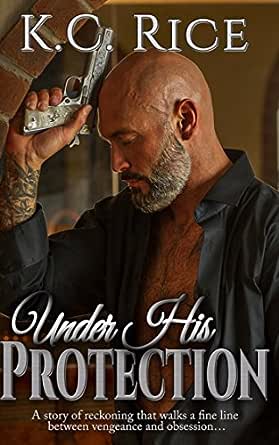 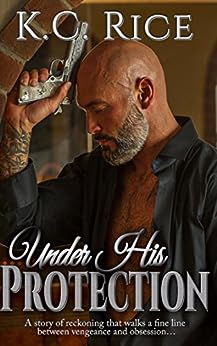 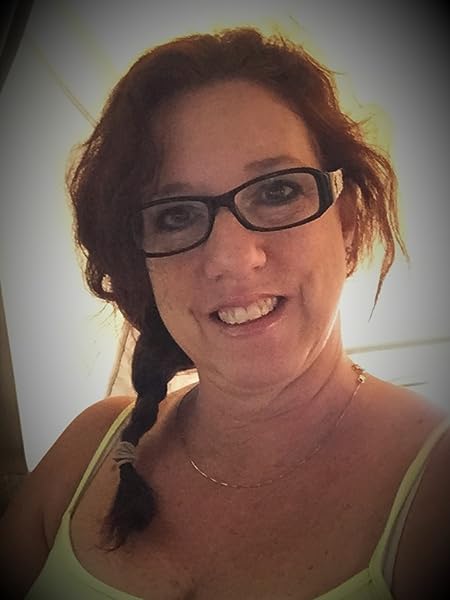 Under His Protection Kindle Edition

Mindy H
5.0 out of 5 stars This one will keep your attention
Reviewed in the United States on February 17, 2020
Verified Purchase
Parker was a cop, his last case was sent south badly, his crew and the witness, dead bunt in the safe house. He left that life, finding a secluded place to heal his wounds, but now his past is back. Three years ago Cash became involved with the mob, she was just trying to put her degree to work off her college school debts but when she turned state's evidence things went wrong, majorly! This is definitely a page turner with mob ties, identical twins, running to survive , hot sexy ex-cop, abandoned mines and drugs, a real page turner!
Read more
Helpful
Comment Report abuse

Amazon Customer
4.0 out of 5 stars Amazing romantic suspense (my favorite genre)!
Reviewed in the United States on July 20, 2018
This was an amazing story of kidnapped absolutely identical twin sisters, one of whom had found evidence of a gangster's crimes and was supposed to be in witness protection. She escaped when the safe house burned down. Everyone thought she was dead. When the gangster finds her later, and his men find her twin, there begins a suspenseful time when no one (including the reader) really knows which twin is which. The torture of one of the twins, and injuries to the other while trying to escape, become a major part of the book. In fact, this painful section (for both twins) was really too long, in my opinion, and leads to horrible things, though there are great sex scenes for one twin during this time. I read more for escape from reality (!), so the horror of this long section of the book was a little too much for me, but worth reading through to get to the HEA at the end. Some readers won't be as sensitive to the tortures as I was.

I enjoyed this books story. I admit to a few times have to go back and make sure of where I was. It keeps you in the thoughts of so many characters and admittedly that can be a bit confusing until you get the feel of authors storytelling. Once I was in it there was no going back till the end!

The plot was original and the characters were well written and had lots of depth (even the ‘bad’ guys)! It had high anxiety moments, a deep love and not necessarily from our lead male and female. It has lots of action, lots of twists, turns and breath stealing moments.

Dee
2.0 out of 5 stars Needs some work
Reviewed in the United States on July 27, 2018
The story had a great premise but this book falls very short on so many levels. I had a hard time getting into the story because it was written in the third person. But that wasn't the only reason. I never connected with any of the characters because the emotional connections were missing. Writing in the third person puts the reader in a viewing mode rather than getting them immersed into the story. The numerous changes from present tense to past tense were also hard to follow. I found so many words misspelled - wrong usage and wrong spelling of a word made the story hard to follow as it distracted from the storyline. I found the writing to be very juvenile. Maybe if the story was written in the first person it might have been easier to feel something when I read it. I'm not convinced that there were any edits done prior to releasing it to the reviewers. The book could be okay with some major revisions.
Read more
Helpful
Comment Report abuse

Alicia H
4.0 out of 5 stars Great book for revenge and suspense
Reviewed in the United States on March 1, 2020
Under his Protection is a new author for me and K.C. Rice did not disappoint. The story is one of revenge and justice with family as its backbone. A cop wanting to avenge his brother and a sister wanting to protect her twin. All this while going up again a crime boss that has no mercy. I found the twists and suspense in the story addictive and the characters full of intrigue. I found my heart was beating so fast for most of the book as I was worried as to what would happen next. Overall a great read and one I would definitely recommend.
Read more
Helpful
Comment Report abuse

CD Rey
5.0 out of 5 stars Great read.
Reviewed in the United States on July 20, 2018
Well written. Interesting edge of your seat suspense. This pulls at your heart. Twin sisters, Cashenna and Breanna. Cashenna finds out that the job she has is ties to the mob and the owner is the boss. He has taken a fancy to her. She gets info that can put him behind bars. Parker is assigned to keep her safe. Can he keep her safe of will they get to her. Read and find out what happens it is well worth it. I recommend it. I received it as an arc and voluntarily reviewed it.
Read more
One person found this helpful
Helpful
Comment Report abuse

Merry Jelks- Emmanuel
5.0 out of 5 stars Intense!
Reviewed in the United States on July 20, 2018
This book is filled with suspense and intrigue. His brother was killed and he vowed he would get those involved. When a witness is placed under his protection he is sure that she is safe but when he goes to check he finds the house in flames a the witness nowhere to be found. Cashenna escapes but her twin is taken thinking that she is Cashenna. Parker races against time to find his witness only what he finds is more puzzles. Will he get to her in time before she is killed?
Read more
One person found this helpful
Helpful
Comment Report abuse

Cyndyk512
5.0 out of 5 stars A fresh of breath air- amazingly different
Reviewed in the United States on February 21, 2020
Under His Protection is by far my favorite KC Rice book as of yet! This book sucker punched me right in the gut in so many different ways. It brought me to tears and the end redemption put a smile on my face. My heart broke for Cash and all that she had been through. I could picture the cover model as Parker’s character in almost everything he did. This is seriously an amazingly written story.
Read more
Helpful
Comment Report abuse
See all reviews from the United States

SusieJ
3.0 out of 5 stars Exciting storyline.
Reviewed in the United Kingdom on February 27, 2020
Verified Purchase
An unbelievable amount of action with some hot & steamy romance thrown in. A good storyline, with an unexpected turn of certain events.
I would have given another star if not for the grammatical errors.
Read more
Helpful
Sending feedback...
Thank you for your feedback.
Sorry, we failed to record your vote. Please try again
Report abuse

Michelle Cooper
5.0 out of 5 stars Brilliant
Reviewed in Australia on January 26, 2020
Verified Purchase
Once I started this book I could not put it down, as I was dragged into the sick world of Mano Torret as he leads one of Chicago's major Crime Families into Crime, corruption and depravity.
Cashenna Ramsey is manipulated into Mano's web and as she try's to get away from him and have justice served, this only infuriates him more, having him act out in the cruellest and most despicable ways possible. My heart was in my throat as this story played out, with my heart being absolutely broken with the outcome. I thoroughly recommend this book.
Read more
Helpful
Sending feedback...
Thank you for your feedback.
Sorry, we failed to record your vote. Please try again
Report abuse