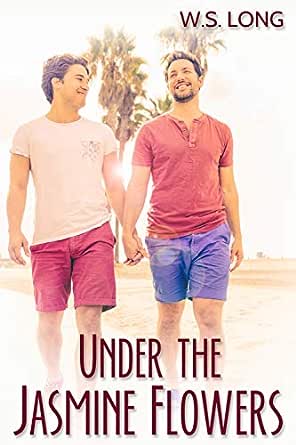 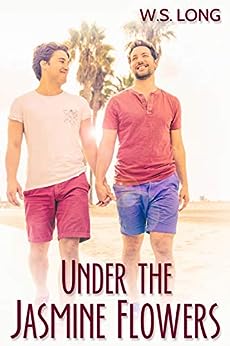 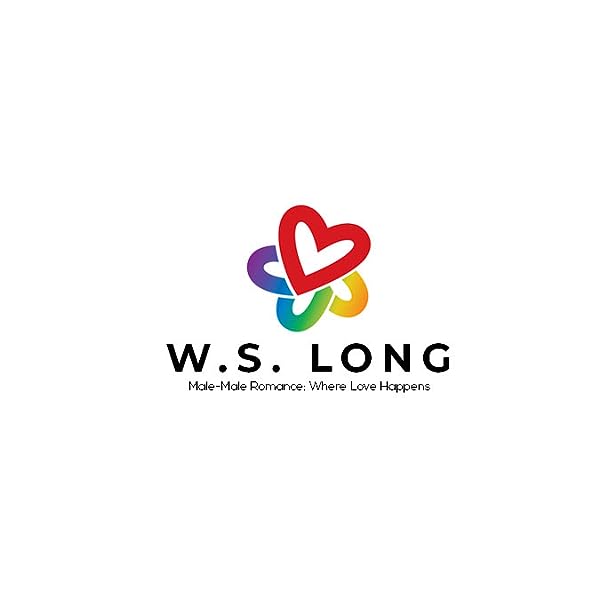 Under the Jasmine Flowers Kindle Edition

Rebecca Slone
VINE VOICE
5.0 out of 5 stars 4.5*
Reviewed in the United States on January 26, 2020
This book broke my heart in so many ways, but yet it’s a beautiful story at the same time. It’s a hard story. Cultures are different and not as accepting as others. Goodness, you still see the problems we have in the states and we are far more progressive than others. But this story, is about so many things. It’s about loss, grief, anger, and more, but it’s also about hope, love and finding oneself and the road they want to travel. It’s about finally being true to oneself. And learning what’s really more important in your life.

Jojo never wanted to take over the family company. But since his brother died, he’s been stuck having to fill that role. And along with his brother’s death still looming, he has become more angry and more grief filled. He’s pushed people away, and there’s a rift between many of his family because he’s not allowed to be himself. Which is a gay man in a culture that isn’t accepting. As well as his father. And most of his family. But not all. But one night in a bar, on his way out the door, a beautiful, blond haired, blue eyed Marine caught his eye. And his life started changing before his eyes. Before he knew it, he was falling in love. And having to hide behind his friends and others to keep their relationship secret. But along with the secrets, came some more misery. He didn’t want to have to hide Adam and who they were, but he didn’t know how to make his family understand. It wasn’t until an incident with his cousin, that had caused Adam to have to go back to the states early. And because of it, Jojo had to make up his mind. What was more important…his father’s company or his happiness?

My heart ached for these two in this book. I hate that other cultures can’t accept that love is love and everyone deserves it no matter who they are. Male/male, female/female, or whoever. And having a family that can’t support you in the matter just makes it worse. I hate when families don’t back up their children. And give them the support they so desperately need as they find themselves. So for Jojo having to hide himself all the time, is heartbreaking. He’s miserable in a life he can’t seem to get free of. And now that he has Adam, he’s happier than he’s been in years. Except for the part where they have to hide everything they are. But sometimes, the pressure gets too much and you just have to let loose. And for Jojo, he was falling apart at the seams. He was finally starting to lash out and make his voice known of his unhappiness and how he wasn’t liking how things were turning out. It was sad it had to come this, but it was finally what needed to happen in order for Jojo to move on. And it was long overdue. He needed Adam, and the love that Adam gave so freely to him. He needed him in his corner as he was. Adam did everything he could to support Jojo and know that no matter what the outcome, he was in for the long haul. It was just up to Jojo to decide when.

Sometimes it takes something drastic to change the way our lives work out. Sometimes it doesn’t. I hate for Jojo that it did, but if it pushed him in the direction he needed to be in order to be free, then it had to be done. He had just as much right at happiness as anyone else, and it was time to live for himself and for Adam. It’s a beautiful story, but hard.

AL
5.0 out of 5 stars Amazing story :)
Reviewed in the United States on May 18, 2019
Jojo and Adam wanted what plenty of others do - happiness and freedom to build a life with your chosen partner. As in many cases, that is where real life, a.k.a. society comes in and tells you how difficult it may be.
W.S. Long build an amazing story set in Philipines. But instead of just a brief description the location, the customs, history and every day reality of the country became a vital part of the book, with rich descriptions and thorough explanations. Not only does it make for a fascinating read, but makes the overall story more riveting. Plenty of secondary characters are introduced, but they all play an important role in the story. Yes, the book is long. Yes, there is plenty of information and descriptions to absorb. YES, this is a great read and an absolutely worth recommending book!

I received an ARC of this book for free, but the above review is 100% honest and all mine.
Read more
One person found this helpful
Helpful
Comment Report abuse

Mary Magdalene
5.0 out of 5 stars A secret relationship
Reviewed in the United States on May 18, 2019
This story takes place in modern-day Philippines, and the main characters are Jojo, a young man from a wealthy Philippine family and sole heir to the family's business, and Adam, an American marine temporarily stationed in Manila. Jojo and Adam become attracted to each other from the moment they meet, but they have to be very discreet because no one must know that Jojo is not straight; it would destroy his family, the family's business, and Jojo himself. Jojo feels that it's his duty to protect his family and their business, but he also deeply loves Adam, and doesn't want to lose him. It's a hard decision to make, why can't he have both? The gist of the story is how society can interfere in people's private lives if they don't meet society's expectations. This story is very well told, the events flow evenly throughout the book, and the author doesn't dwell on any one point for too long, he keeps the story moving along at a steady pace. A lovely book, and if there is a sequel, I would want to read it too.
Read more
Helpful
Comment Report abuse

Kathryn M
5.0 out of 5 stars Good read
Reviewed in the United States on May 18, 2019
Under the Jasmine Flowers by W.S. Long is a wonderful contemporary m/m romance. I love JoJo and Adam and the evolution of their relationship. The family interactions and friends kept my interest as well.i thought the story was a nice mix of sweetness and drama. Truly enjoyable.

I received an advanced reader's copy of the book and I am voluntarily leaving my honest review and recommendation.
Read more
Helpful
Comment Report abuse

Bobbi
5.0 out of 5 stars Loved it! Definitely a must read!
Reviewed in the United States on January 7, 2020
Under the Jasmine Flowers by W. S. Long. This is a fantastic m/m love story! The characters are fantastic, every one of them. Loved the storyline. Loved learning a little about the Philippines. This is a wonderful story! Definitely a must read!
Read more
Helpful
Comment Report abuse
See all reviews from the United States