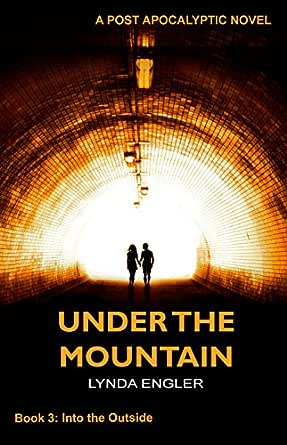 You've subscribed to Into the Outside! We will preorder your items within 24 hours of when they become available. When new books are released, we'll charge your default payment method for the lowest price available during the pre-order period.
Update your device or payment method, cancel individual pre-orders or your subscription at
Your Memberships & Subscriptions
There was an error. We were unable to process your subscription due to an error. Please refresh and try again. 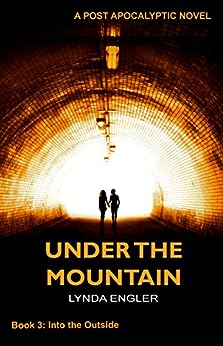 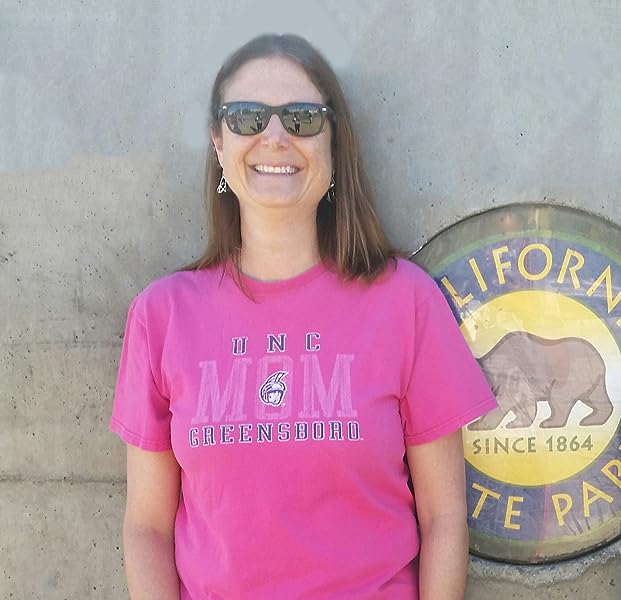 Under the Mountain: A POST APOCALYPTIC NOVEL (Into the Outside Book 3) Kindle Edition 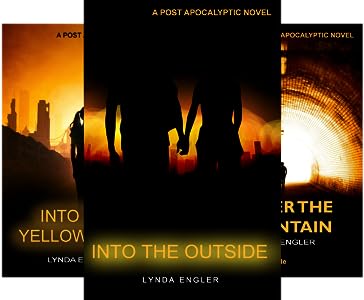 4.8 out of 5 stars
4.8 out of 5
13 customer ratings
How does Amazon calculate star ratings?
Amazon calculates a product’s star ratings based on a machine learned model instead of a raw data average. The model takes into account factors including the age of a rating, whether the ratings are from verified purchasers, and factors that establish reviewer trustworthiness.
Top Reviews

Holly Lenz
5.0 out of 5 stars A thrilling conclusion to the series
Reviewed in the United States on March 6, 2019
Verified Purchase
Under the Mountain concludes this post apocalyptic trilogy, and I think it is the best book of the three (though that might just be because it was the one I listened to most recently). The story is entertaining and kept me on the edge of my seat. You could probably enjoy this book independently, but I strongly recommend you start with the first book.

The narrator is not my favorite, but her reading is clear and easy to understand. If you have listened to the other books, you know what to expect.

I received a complimentary copy of this audiobook. This is my honest and voluntary review.

no just no
5.0 out of 5 stars Excellent
Reviewed in the United States on March 31, 2018
Verified Purchase
Loved the series! Easily kept my attention. Fun and easy read!
Would recommend to anyone, any age, who loves apocalyptic stories.
Read more
One person found this helpful
Helpful
Comment Report abuse

Cycletrash56
4.0 out of 5 stars Great Conclusion to a Great Story
Reviewed in the United States on August 11, 2019
I was given this free review copy audiobook at my request and have voluntarily left this review. This review is for the audio copy of Under the Mountain: Into the Outside, Book 3 by Lynda Engler, and narrated by Ann Bumbak. This is book 3 of 3 and concludes the series. It was a very good story and I greatly enjoyed listening to it. This story is suitable for teens. It of course has some amount of violence based on the genre but it is not over the top. It has some veiled romance in it but is appropriate for the setting and it also is not over the top. Ann continued to do a great job with narration. She helped make the story come alive in my mind. I highly recommend this series.
Read more
One person found this helpful
Helpful
Comment Report abuse

Mindjacked
5.0 out of 5 stars Under the Mountain
Reviewed in the United States on September 21, 2019
Isabella and her family and friends are held prisoner in the lowest levels of Mt Weather and are slated to clean up some of the highest radiated areas without any protection. Luke has also made it to Mt Weather and has made friends with others that are rebels and hate what the higher ups are doing to the mutants and are ready to help Luke free his sister and friends.

This is the last book in the trilogy and probably the best. It has so much action and suspense you just can not stop reading or if you are lucky enough to get the audio narrated by Ann Bumbak you can't stop listening. Ms Bumbak is wonderful she draws you into the story and makes you feel as though you are there fighting along side everyone sometimes as a rebel sometimes as a mutant, but you will have to stay and see what happens all the way to the end. This was a great series and one you should give a try if you like post dystopian books but not as rough as others.
Read more
Helpful
Comment Report abuse

Aurora Dawn
5.0 out of 5 stars Conflict and Resolution in Post-Apocalyptic America
Reviewed in the United States on August 22, 2019
This final story of the Into the Outside trilogy is, without a doubt, the best of the series, and that's saying A LOT because I've thoroughly enjoyed every book. A little bit political thriller, a little bit love story, a serious look at not only life after the apocalypse but also the power and perils of big government, it's the kind of book that will keep you up reading long into the night.
I loved Isabella and Malcolm's unwavering love and Luke's youthful exuberance and I enjoyed the look at the extremes of what life after the apocalypse could be like.
Under the Mountain is dark and heavy in some places but it's overall message is affirmative and in the end we are reassured that for Isabella and her family, and for the United States itself, the post-apocalyptic universe is unfolding pretty much as it should.
Read more
Helpful
Comment Report abuse

Karen Reese
5.0 out of 5 stars 5 stars
Reviewed in the United States on December 4, 2018
I enjoyed this conclusion to the Into The Outside series.The survivors continue to struggle to survive a find their place in this new society.The interaction between the different factions was interesting.And the fight to protect those who are suffering keeps the story flowing.The narrarator has a pleasant voice and portrayed the story well.I purchased the ebook,but received the audiobook from the author to voluntary reveiw.
Read more
One person found this helpful
Helpful
Comment Report abuse

Deedra
4.0 out of 5 stars Under the Mountain
Reviewed in the United States on September 26, 2019
This was a really good book!Isobel and her family are captured and seperated.The humans are experimenting on mutants and Malcom and the children are up next! Ann Bumbak was a very good narrator. I was given this free review copy audiobook at my request and have voluntarily left this review.'
Read more
Helpful
Comment Report abuse
See all reviews from the United States

MallenderLD
5.0 out of 5 stars Under the mountain, into the fire.
Reviewed in the United Kingdom on November 13, 2017
Verified Purchase
As much as I was anticipating the conclusion of the Into the Outside trilogy. I will admit to being somewhat nervous. I was wondering how Lynda Engler could possibly equal the previous two parts of the series. My fears were added to by the fact that, as much as I wanted to read on, surely the fact that the third book followed the second so promptly might affect the quality of the story.

I was also nervous that, given the very title of the book “Under the Mountain”, the story would be confined (or mostly confined) to the underground shelter at Mount Weather. Wouldn't this be something of an anti climax given that the story had so far been about Luke and Isabella's adventures in the post apocalyptic Outside?

I needn't have worried, Lynda, if anything has managed to up her game for the conclusion.

Indeed, much of the story did take place within the confines of Mount Weather. But the effect that this has is rather than restricting the story, the society created within the government shelter acts like a pressure cooker where all the contradictions of the post apocalyptic world are brought to the boil. The ten levels resemble a hierachy with the government and military command occupying the top levels and the Mutant/New Humans incarcerated in the lowest level pending being sent out to clean up the most irradiated areas. Effectively a death sentence with echoes of the holocaust implicit. Being kept on the lowest level, of course, keeps the Mutants/New Humans out of the sight of the main populace.

The most beautiful aspect of the book is that it manages, in spite of the horrors, to keep faith in humanity. That even those seemingly conditioned by military dicipline are capable of questioning their actions when something is not right with the world. People can and do change for the better, however changing is a process that is harder and longer for some people than it is for others. One of the messages is that its usually young people who are the best equiped to deal with these situations when they happen.

Because I gave the previous two books in this trilogy five stars each I am unable to give the extra star needed to demonstrate that the final installment is probably the best of the three. But honestly, if you don't read all three books, you really are missing out on something both exciting and original.
Read more
Helpful
Sending feedback...
Thank you for your feedback.
Sorry, we failed to record your vote. Please try again
Report abuse