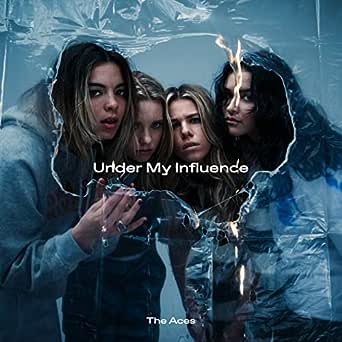 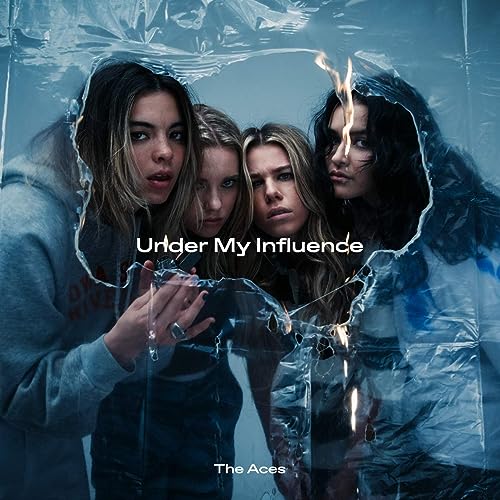 Under My Influence [Explicit]

The Aces
4.8 out of 5 stars 37 ratings
See all 3 formats and editions Hide other formats and editions
Buy the CD album for $10.03 and get the MP3 version for FREE.&nbspCD album ships from and sold by Amazon.com. Terms and Conditions. Does not apply to gift orders. Complete your purchase of the CD album to save the MP3 version to your Music Library.

I. J. S.
5.0 out of 5 stars THE ACES BEST ALBUM! ALBUM OF THE YEAR!
Reviewed in the United States on July 20, 2020
Let me first say that I discovered the ACES in November 2018. I have all their recordings including the ones they first recorded as the BLUE ACES. Their new album is fabulous. fantastic. awesome! The songs for their first album WMHFV were written when Cristal, Katie, and Kenna were 17, and Alisa was 15. The songs on the new album were written when the girls were 23 and 21 years old. The girls have grown as women and as musical artists. All the songs on the new album are great. My favorite song is CRUEL. I could listen to that song 24 hours a day. My favorite songs are CRUEL, KELLY, ALL MEAN NOTHING, LOST ANGELES, I CAN BREAK YOUR HEART TOO and GOING HOME. UNDER MY INFLUENCE is by far their best album. I can not wait to see the ACES perform the new songs live in concert next year. If you are a fan of female rock and roll bands you will love their new album. The current female rock music bands that I love are the bands HAIM, THE ACES. and CRIMSON APPLE, Buy UNDER MY INFLUENCE you will love it!
Read more
One person found this helpful
Helpful
Comment Report abuse

ktown
5.0 out of 5 stars Awesome band. Really dig this new album by the Aces.
Reviewed in the United States on July 18, 2020
This band is amazing and I always look forward to new music released by them.
Read more
Helpful
Comment Report abuse
See all reviews

DUGA
5.0 out of 5 stars The Aces : Under My Influence (Cd)
Reviewed in Canada on September 1, 2020
Verified Purchase
The Aces 2nd Cd is a Great Addition
to your Aces Collection .

Doigus
5.0 out of 5 stars Is the album
Reviewed in Canada on November 14, 2020
Verified Purchase
Exactly what i expected
Read more
Report abuse