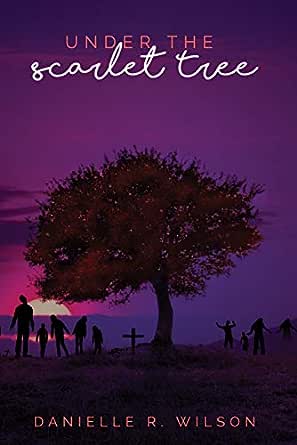 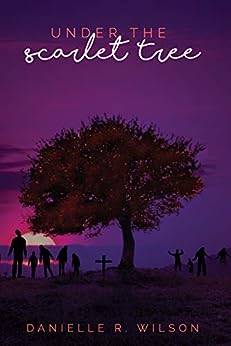 Under the Scarlet Tree Kindle Edition

Amy
5.0 out of 5 stars all the stars!
Reviewed in the United States on September 11, 2020
Verified Purchase
This book is the first (of hopefully many!) written by a friend of mine. Zombie novels aren’t usually on my “to read” list but I was thrilled to be reading a book written by someone I know! She quickly proved me wrong on my book choices because from the first page I was hooked! This novel was an easy read that I couldn’t put down. This story follows a brother and sister (plus a few others) on their journey to find their other sister. Danielle did a great job with her premiere novel- I enjoyed her writing, characterizations and her ability to draw you in and leave you wanting more!
Read more
One person found this helpful
Helpful
Comment Report abuse

Courtney Bush
5.0 out of 5 stars Zombie novel
Reviewed in the United States on October 13, 2020
Verified Purchase
Best zombie novel to read. I got hooked just by reading the description. Could not wait to read it and once I started reading it I could not put the book down. Danielle did an excellent job on the book and looking forward to reading more of her books.
Read more
One person found this helpful
Helpful
Comment Report abuse

Amazon Customer
5.0 out of 5 stars Great book review
Reviewed in the United States on October 12, 2020
Verified Purchase
I loved this book and couldn’t put it down. Recommend this to other book lovers who enjoy thrillers and suspense. Loved the ending and hoping for a sequel.
Read more
One person found this helpful
Helpful
Comment Report abuse

Kathleen A. McHale
5.0 out of 5 stars Great book...loved it!!!
Reviewed in the United States on October 30, 2020
Verified Purchase
Loved the book...so good and was easy to read. Hopefully there will be another one soon!!
Read more
Helpful
Comment Report abuse

Joshua Grant
5.0 out of 5 stars The desperate search to save a sibling from the undead!
Reviewed in the United States on November 9, 2020
Danielle Wilson brings all the great action, daring escapes, and moral choices of the zombie apocalypse in Under the Scarlet Tree! Mya has always taken care of her younger siblings. Now that the zombie apocalypse has broken out, she and her younger brother Logan must set out on a road trip to ensure that their little sister doesn’t join the ranks of the undead. I love a good actiony zombie thriller, but I also really appreciate that Wilson put the focus on Mya and her family! The emotional anchor had me invested in their journey, making the danger real, and heightening their triumphs and tragedies along the way. If you love zombie stories with meaningful characters, come hack and slash your way through Under the Scarlet Tree!
Read more
Helpful
Comment Report abuse

Amazon Customer
5.0 out of 5 stars Buckle up for a wild ride!
Reviewed in the United States on November 9, 2020
Under the Scarlett Tree is a fast paced zombie thriller. I don't typically read the thriller or zombie genre, but i wanted to keep an open mind and try something different around Halloween. I was so happy I did!
This book was a roller coaster of emotions, an easy read and quick page turner. I found myself staying up much later than I should be to read just one more chapter and then dwelling on the story when I wasn't reading. Wilson has done a fantastic job with her debut novel and I hope to read a sequel soon!
Read more
Helpful
Comment Report abuse

K Q
4.0 out of 5 stars Great 1st book
Reviewed in the United States on September 23, 2020
I hope there are more to come! The end left me with questions that need answers. I was impressed with this first time writer Danielle R. Wilson. I did feel the timeline was slightly askew (or rushed), but that did not detract from the story or the character development. Very much enjoyed.
Read more
One person found this helpful
Helpful
Comment Report abuse

Lance Shapiro
5.0 out of 5 stars Loved it!
Reviewed in the United States on October 4, 2020
While zombie/ apocalypse novels aren't usually my go to reads, I LOVED this book. I couldn't put it down! This book was so well written- the story is detailed, unpredictable, and thrilling! If you liked The Walking Dead, Falling Skies, or I am Legend, you'll love this book- it would make an amazing movie!
Read more
One person found this helpful
Helpful
Comment Report abuse
See all reviews