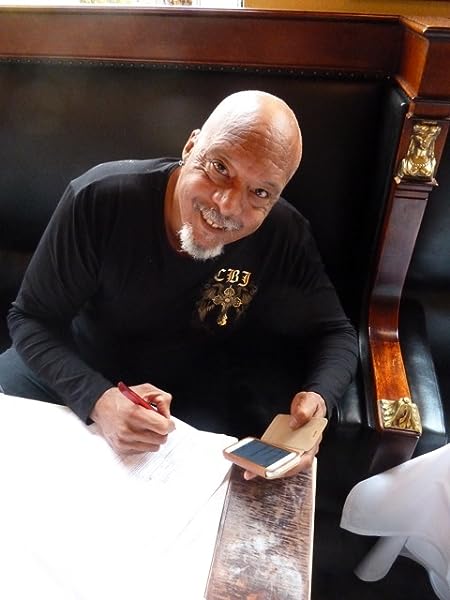 Under the Shirttails of Albert Russo: An Alternative Biography Paperback – November 1, 2017

"UNDER THE SHIRTTAILS of ALBERT RUSSO '...can perhaps be likened to skipping a small rock across a pond--creating ripples and reverberations which both reflect the greater omnipotence of the water and temporarily alter its periphery and identity.' Such are the words of Adam Donaldson Powell, master weaver behind this literary tapestry that is the warp of a lifetime's footsteps weft with a view into the poetry, novel excerpts and an intimate portrait boutique of one brilliant international award-winning multilingual poet, novelist, essayist, historian and photographer--Albert Russo--a man with a claim to no country though a citizen of many soils - in his profoundly penetrating yet sensitively penned work--'an alternative biography'--unveiled." -- Jeanette Skirvin, award-winning author of Snow Sizzling in Soleil and FACE, co-editor of STARK, the Poetry Journal

"We have the pleasure to see all the beauties of literature, poetry and photography of Albert Russo in Adam Donaldson Powell's brilliant and memorable book "Under the Shirttails of Albert Russo." Russo's profound and well-ordered imagination helps him to create great works of literature. Russo never writes his great poems and novels according to any mechanic rule. He has perfected his writings due to "the existential qualm for which my heritage is responsible: Africa, Judaism and Italy. They exist and coexist in cycles, in a fashion so inchoate that I am never quite sure which will take the upper hand." Powell, the immortal poet famous for his classic "Three-legged Waltz," points out that Russo "began life as an outsider; the offspring of refugees to Africa from Nazi and fascist persecution then became an outcast via his self-proclaimed 'gaytude'." No doubt, this fact has provided the perfection of tone in all his creative endeavors, and this will certainly entice all readers. The true essence of Russo's writings and photography is revealed by Powell in this unique book. Adam Donaldson Powell's latest powerful book "Under the Shirttails of Albert Russo" is a tour de force in biography and literary criticism." -- Santosh Kumar, Editor at Cyberwit.net

To avoid any doubts or confusion, this book by Adam Donaldson Powell is NOT just a biography of the life of Albert Russo, nor is it a synoptic overview of his massive and prolific collection of works of prose, poetry, and photography. This book is something far more than either of these literary vehicles could ever be. Through literally decades of conversations, correspondence, and collaboration between these two very talented authors/artists, Adam Powell gives us a glimpse into not only the very diverse heritage and globe-trotting life and experiences of Albert Russo, but also a glimpse into his very psyche and incredible intellect. In other words, this book lays bare for the world to see what makes Albert Russo one of the few true renaissance men of our times. Russo's collection of works bridges gulfs of heritage, culture, philosophy, and more - often with more than a hint of his sometimes quirky and off-beat sense of humor. For anyone who has ever read and enjoyed ANY of Russo's works, this book is a must-read to fully understand the man behind the true art of his words, ideas, and imagery. -- Richard Davis, B.A., J.D.

ADAM DONALDSON POWELL (Norway) is a multilingual author, literary critic, art photography critic; and a professional visual artist. He has published several literary books (including collections of poetry, short stories, and novellas, two science fiction novels, and essays); as well as numerous works in international literary publications-on several continents. He writes in English, Spanish, French and Norwegian. He has previously authored theatrical works performed onstage, and he has read his poetry at venues in New York City (USA), Oslo (Norway), Buenos Aires (Argentina), and Kathmandu (Nepal). His book "Gaytude" (co-authored with Albert Russo) won the 2009 National Indie Excellence Award in the category gay/lesbian non-fiction. Powell was also the winner of the Azsacra International Poetry Award in 2008, and the recipient of a Norwegian Foreign Ministry travel stipend for authors in 2005.