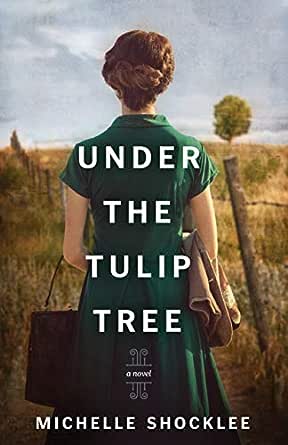 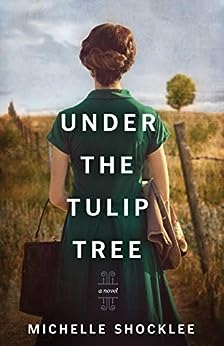 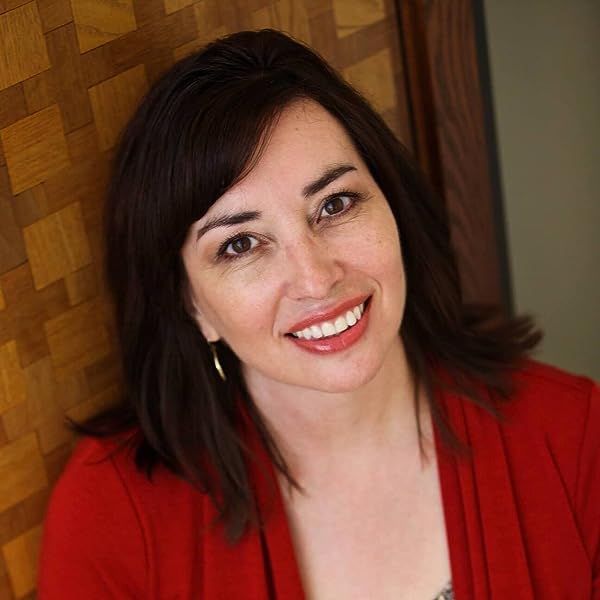 Under the Tulip Tree Kindle Edition

"Shocklee (The Planter's Daughter) beautifully unveils Frankie's past while developing Lorena's awareness of inequality. Though set years ago, this title resonates today, and many struggle with the same issues and questions of racial reconciliation. With its haunting message of forgiveness, this is a must-buy for any Christian or historical fiction collection." - Library Journal, September 2020

4.6 out of 5 stars
4.6 out of 5
42 global ratings
How are ratings calculated?
To calculate the overall star rating and percentage breakdown by star, we don’t use a simple average. Instead, our system considers things like how recent a review is and if the reviewer bought the item on Amazon. It also analyzes reviews to verify trustworthiness.

Stephanie McCallTop Contributor: Harry Potter
5.0 out of 5 stars Tulip Tree: An "Evergreen," Timely, Rich Novel. More Like It, Please!
Reviewed in the United States on September 17, 2020
Verified Purchase
The year 2020 has been extremely rough, with a pandemic, protests and riots, a contentious election on the horizon, and more. But I must say, September 2020 in particular has spoiled me with five-star novels. Michelle Shocklee's latest is one of them. I wasn't familiar with her work and didn't know what to expect, but I am so glad I found Under the Tulip Tree.

Rena and especially Frankie stick in your mind long after you close the book. Michelle pulled off something great with them, in that both women got plenty of development and time for organic, realistic growth. Frankie and Rena are beautifully nuanced; they're not just the former slave and the writer sent to interview said slave in order to prevent such atrocities from happening again. Instead, Frankie is a strong woman who grew into her strength. You root for her even in her bitterness and hate, not only because you know her trauma, but because you know she has the determination to make something worthwhile of her life. My heart broke for her plenty of times, especially as she rejected God (although, what else would any of us do in her circumstances)? But the heartbreak made her triumphant moments all the sweeter. A particular plot twist involving a Confederate soldier was my absolute favorite.

As for Rena, she's privileged and a little spoiled. You see and cringe at her naivete, but you recognize she's intelligent, forward-thinking, and compassionate enough to grow past those tendencies. I actually found myself sympathizing with her desire to escape at times, selfish as that could be. And one of my favorite parts of the book came when she confronted the realities of slavery and its fallout, as well as what she was going to do about it, even though everyone around her said slavery was in the past and not worth losing social standing over.

Speaking of confronting realities, one of the reasons I loved Tulip Tree was because it's "evergreen." As in, the novel might be set in the Depression and partially in the Civil War years/aftermath. But the issues tackled therein are still incredibly relevant for today. I couldn't read Rena's arc in particular without thinking of systemic racism and the ways, right or wrong, that this generation is trying to deal with it. I don't have the experience Rena does, and as far as I know, I don't have any slave-holding ancestors. But I found myself setting my Kindle aside to pray for forgiveness and understanding anyway. I found myself recalling subtle examples of casual racism I've seen in the 2010s and 2020, and cringing. Yet, none of this was preachy or in my face. It worked because Michelle let me see the evergreen plot points through human stories and fictional, yet real, human hearts.

Frankie and Rena's stories play off each other expertly and work great together, as Frankie learns how her story can impact others and give her final freedom, and Rena learns to break away from what "enslaves" her. There were a couple of places where I wondered if the novel leaned a little heavily on coincidence or the easy answer, but taken with the whole story, these things didn't bother me much at all. My final verdict is not only that you should read and enjoy it. I think you need to read this, especially now. We all do.

Plumeria
5.0 out of 5 stars Catharsis
Reviewed in the United States on October 17, 2020
Verified Purchase
I had borrowed this title from my library but enjoyed it so much that I purchased the book to send to a friend as a gift. I enjoyed the contrast between the 101-year-old's stories and the present-tense of the writer recording the story. When their experiences got tied together it created a catharsis that we would hope to experience in real life.
Read more
3 people found this helpful
Helpful
Comment Report abuse

Rebecca Maney
4.0 out of 5 stars An Amazing Story!
Reviewed in the United States on September 15, 2020
Verified Purchase
4.5 stars
"Hatred is a powerful thing. It can turn a person into something they ain't. It don't matter what color your skin in."

Never did she imagine that taking a job with the Federal Writers' Project would lead her to a face in the mirror that she never wanted to call her own. Lorena Leland simply dreamed of being a writer, that's all. Her post depression family desperately needed the income that she could generate and the job sounded interesting if not a bit inconsequential, for "How could interviewing people who'd lived in bondage decades earlier help (Lorena) see her future more clearly? There was only one way to find out."

Mrs. Francis Washington. "Fact is, I ain't never told my story to anyone since freedom come. No sense in rememberin' them days, I say". But remember them she did; Lorena spent days listening and writing, and writing and listening, to a story that begged release. . . . under the tulip tree.

Behold the lives of two women; one young and unsure of herself, the other "older than dirt" and quite certain that she has lived the life that God meant her to live; nonetheless the struggles were real, for Frankie's outer wounds scarcely covered the ones she kept hidden within. Skillfully showcasing the power of forgiveness, the author tastefully pens events from a period of history that many would like to pretend never happened, but it's only in the remembering that we can erase the possibility of repetition.

"I am going to tell your story, Frankie . . . . . .Thank you for entrusting me with it."
Read more
Helpful
Comment Report abuse

Kelley Taylor
5.0 out of 5 stars Wonderful
Reviewed in the United States on October 6, 2020
Verified Purchase
Absolutely wonderful read! I finished on about 5 days wish there was more! Shocklee does a wonderful job at developing the characters and developing the story! A must read especially in the times we live in now!
Read more
Helpful
Comment Report abuse

Kav
5.0 out of 5 stars Compelling
Reviewed in the United States on October 8, 2020
This time I really have no words. Okay, maybe I have a smidgen. But if they come out in a disjointed, discombobulating mess it's the book's fault. Phew. Here goes:

Profound. Compelling. Powerful. Pertinent. Emotionally charged. Rocked-my-word-earth-shattering. :-) I have to pause here and say I listened to the audible edition of this book and Sarah Zimmerman's narration brought this already incredible story to a whole other level. I may have used the word gobsmacked to the point of cliche in my reviews lately, but I can't help it. I am!

I felt this story right through every fiber of my being. It touched me and changed me and testified to me. Frankie and Rena came to life through the power of their stories, convicting me afresh of the importance of remembering our past in all it's imperfect, heartbreaking, hard-to-stomach reality. It's only by seeking truth that we can be set free. I saw that so clearly in both Rena and Frankie's stories.

Gah -- there are so many specific talking points in this novel which are more suited for a book club than a review so if you belong to a book club, seriously consider adding Under the Tulip Tree to your reading list.

Not only in the Top Ten of my Best Reads of 2020 -- but also the most important title on that list.
Read more
2 people found this helpful
Helpful
Comment Report abuse
See all reviews

Granny
5.0 out of 5 stars A book I will long remember...
Reviewed in Canada on November 6, 2020
Verified Purchase
I have read many books in this genre. Many stirred my emotions, however none like this. This book opened my eyes to the fact that...’ALL LIVES MATTER”. it is the year 2020, we are all having to learn the truth of this statement. We must put our arms around one another & hold on for the ride. It is time to accept where we may have differences...the colour of our skin...our heritage...the same red blood flows in all our veins. This book is a must read♥️
Read more
Report abuse
See all reviews