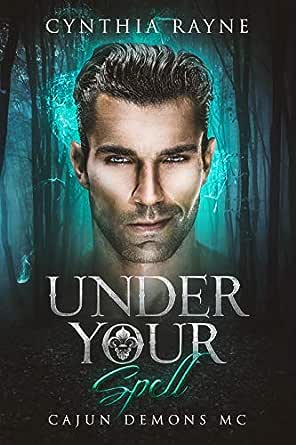 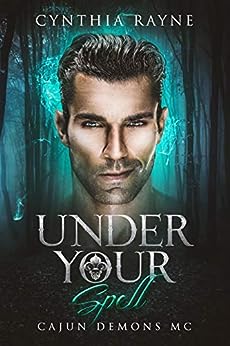 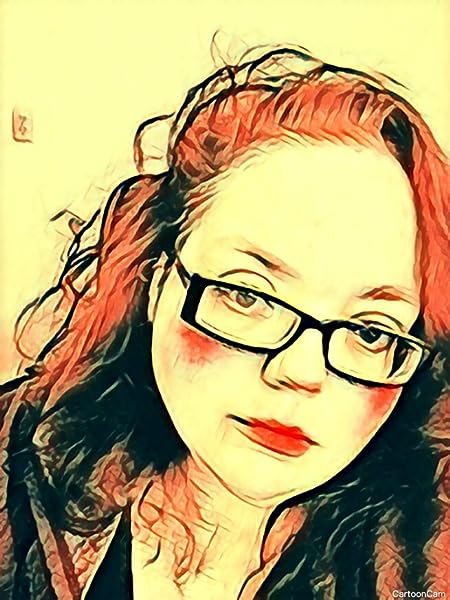 erinaf
VINE VOICE
3.0 out of 5 stars MC and voodoo in the bayou
Reviewed in the United States on August 6, 2019
Verified Purchase
I'd rate this book 3.5 stars. It showed a lot of promise but had a few problems for me that made me take a couple of stars off. The book was an easy, light read and I finished it in a day. The story's set near New Orleans in a small town that still holds fast to superstition and voodoo beliefs. There's a bit of witchcraft, a potential vampire and voodoo, so of course some of the story line is going to be over the top as it dabbled in the paranormal. I thought the MC side of things might conflict with the supernatural and although they certainly made strange bedfellows, it was a unique enough spin on two popular tropes. Chloe grew up in Bayou Noir and used to crush on Saint. Being short and a bit chubby, she wasn't really on the latter's radar. She moved away and went to college, only returning upon the death of her grand-mère who bequeathed her her house. Needing employment, she goes to an old friend of her grand-mère's who runs one of the only restaurants which is also the MC clubhouse. Shortly after, she sees Saint but doesn't reveal who she is. When he realises, he takes off, but comes back running when his attraction to her runs too high.

The book was definitely a case of instalove even though the two main characters were previously acquainted. Chloe's grand-mère was murdered, so the main reason she returned to town was to try and track down the murderer. This ran through the book and was probably the most unbelievable part of the story, including consideration of the paranormal elements. Chloe was around 22 and for someone that didn't have much experience in all aspects of life, she approached things in a head on way. Throughout the book, the reader sees her approaching potential suspects and asking them if they committed the murder. There was very little lead up, detail and tension building which was a shame as it was a real loss of a potentially interesting murder-mystery. Instead, it came across as a bit clumsy and made Chloe seem either clueless or childish.

Saint is your typical, dreamy MC Hero. The club is into arms smuggling but this isn't a major contributor to the plot. Saint was ordered around by the president a lot, making it seem as though he was just a grunt so there wasn't a lot of big, bad biker vibes as he was usually getting chewed out or being given orders. He's a player and there is another woman on the scene trying to make trouble, but no cheating. He knows he has to treat Chloe differently so tries to take her out or as he calls it, sex and a snack. Chloe went from not wanting to break her scruples to wanting to get Saint's clothes off, frequently interchanging between the two in the book which made her a bit too wishy-washy for my liking. She also came across as naive or a bit of a twit at times. She knew Saint probably didn't want anything too serious so when it looked like he was leaving her, she got upset. That being said, he could have done whatever he wanted because all Saint had to do was smile and look her way and her eyelids starting drooping with desire - the author's words, not mine.

My main problem with the plot was that some aspects seemed rushed and lacking extra detail. As a result, some events came across as a bit silly or lacking suspense. There were really only a couple of suspects for the murder and Chloe basically confronted them both at different times with minimal evidence and then the author moved on to the next bit in the story. This made the mystery element pretty clunky and almost non-existent as there was no build up. There were also some parts of the book that were confusing and didn't quite add up/make sense. For example, Xav, who is a potential suspect and also interested in a fling with Chloe, first turns up unannounced at her house at one in the morning to offer to buy the house off her. And of course, she just lets him in, a complete stranger. Righto...

The book description mentioned scorching sex scenes. There wasn't really. They didn't fully hook up until well past half way and there was really only one intimate scene. The book also had a couple of grammatical errors with the incorrect 'to' and 'passed' being used. These type of mistakes drive me crazy. Some of the timeline with events in the book were either rushed or didn't make sense as some of the writing was confusing. There was the former sassy best friend who was really unfriendly and also happened to be Saint's little sister. I'm pretty sure she was chucked in as much as she was because she's the focus of the next book in the series. Same goes for Xav. Again, a bit more detail would have done a lot for this book.

Overall, it was a light read with an interesting twist on the currently overdone MC trope. With a bit more attention to detail, it would have been a more solid read. Unfortunately, Chloe came across as an amateur Nancy Drew and because it was such a quick read, the story line couldn't quite pull of the murder/mystery effectively.

michelle m reynolds
4.0 out of 5 stars Great Start to This MC Series!
Reviewed in the United States on December 17, 2018
Verified Purchase
"Allow me to make myself clear. My intentions aren't gentlemanly. Not in the slightest."
"They aren't?"
"No. You're delicious and I want much more than a taste."

Murder. Mystery. Voodoo. Hexes. Spells. And one sexy bad-boy biker. Who could ask for more?

Chole Valois is home. Back to Bayou Noir after her grand-mere is brutally murdered. It's been a long time since she's been home, but she needs to find out who is responsible for her death. What aren't the police telling her? Who is this mysterious man, Xavier and how is he involved? With the list of suspects getting longer, the clues running out, and now voodoo warnings left on her doorstep, she should just drop it. But, she owes it to Mamie to bring her murderer to justice. She's going to need HIS help - Saint. The crush she never outgrew - and now he's sexier than ever. Can he and his MC club, the Cajun Demons, protect her and help her smoke out the killer? If she makes it out alive, do she and Saint have a chance?

Michael "Saint" St. James is a player. Finding his happy ever after just isn't in the cards for him. Not with the dangerous activities he and his club are involved in. But, when she walks in, all bets are off. She's all grown up and he'll do anything to have her. But, she's in danger and she doesn't see it - or if she does, she's ignoring it. He'll protect her - he and his MC club. He just found her - he won't lose her.

I enjoyed this story. The mystery surrounding the Louisiana Bayou has always intrigued me. The magic, the unexplained, voodoo, and spells both draw me in and spook me all at the same time! I would have liked to have had a bit more on the history between Chloe and Saint, and I really would have liked more on Xav - there's definitely a story there. I hope we learn more about him in the books to come in the series. I can't wait to read the stories of the other MC members - Echo (loved him!), Crow, and Scorch!
Read more
One person found this helpful
Helpful
Comment Report abuse

DYOZ
VINE VOICE
4.0 out of 5 stars Don't let the word paranormal deter you from reading Under your spell. You will enjoy it.
Reviewed in the United States on December 17, 2018
Verified Purchase
I really enjoyed Under Your Spell. This story takes place in the outskirts of New Orleans which already is interesting add to it an MC and a somewhat paranormal world and it is fascinating. There are mystical characters mentioned in the book but the story is not set in a paranormal fantasy realm, it's a modern-day human world. The town folks practice witchcraft, think Vampires exists and live in a Voodoo culture. Between the bikers, the creole lingo, and Beignets, I couldn't help getting lost in the story.
Under your spell is about a sweet girl Chloe who comes back to Louisiana after her grandmother was murdered and catches the eye of her childhood crush, Saint a slightly older gorgeous biker. I love the trouble Chloe gets into trying to figure out who murdered her grandmother but she is too curious for her own good. She's lucky Saint is there to protect her, of course, all along he's trying to seduce her. Their romance is heated. I liked how even though there is instant lust between them, Saint has to work to get Chloe to be with him. He is definitely bold and persistent.
The story is suspenseful and unpredictable. I did not get the "who done it" right (wasn't even close) but I did like the mystery.
This is the first book in the Cajun Demon MC series and it introduced me to so many likable characters, their backstories were just as captivating as Chloe and Saints. Just from all the characters introduced, I know each installment is just going to be better and better. Under your spell is a stepping stone to what is going to be a great addictive series. I can't wait for the next book.
Read more
2 people found this helpful
Helpful
Comment Report abuse
See all reviews