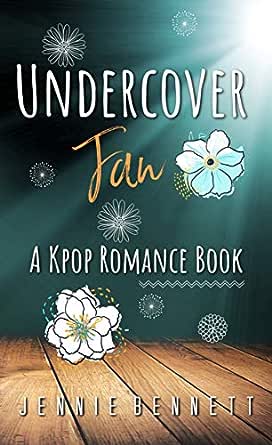 You've subscribed to Kpop Romance! We will preorder your items within 24 hours of when they become available. When new books are released, we'll charge your default payment method for the lowest price available during the pre-order period.
Update your device or payment method, cancel individual pre-orders or your subscription at
Your Memberships & Subscriptions
There was an error. We were unable to process your subscription due to an error. Please refresh and try again. 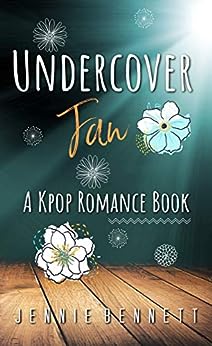 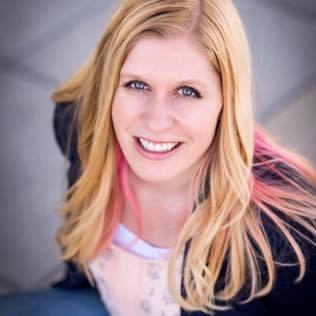 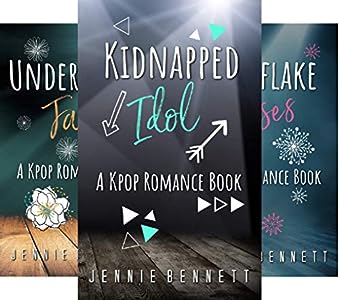 Jennie Bennett is a mother to four beautiful and crazy children and the wife of a handsome and kind husband. She found a passion in Korean pop culture in January of 2013 and she’s never looked back since. She currently resides in Houston, Texas with her husband, kids, and a cute puppy named Charlie. --This text refers to the paperback edition.

Lenoreo @ Celebrity Readers
4.0 out of 5 stars The romance in this one was ON POINT!!
Reviewed in the United States on June 1, 2017
Verified Purchase
4 stars -- OK, I'm totally reading these backwards, but I don't even care. I just had to dive into another of these K-Pop romances because they're so cute and fun. And this one felt really different from Kidnapped Idol too! Less danger and villains, more of an authentic YA feel with some Korean flare.

Before I go further, can I just say I liked the old cover better? This one feels...sexier or something. The old one had a more cute YA feel somehow.

OK, cover aside, I loved this one too. It was fun, and the romance was freaking on point!! That was the highlight for me for sure. I loved Corrine and Minji even more than Woon and Jemica!! I just really felt their chemistry, and I could feel the way their feelings developed. How Corrine went from a secret crush/obsession to really falling in love with the real Minji.

I was a bit worried that I wasn't going to like Corrine. I mean, I liked her at first, but then a bit of her mean girl came out and I was disappointed, and I had a hard time judging her sincerity, but then I felt like I believed in her growth, you know? It's kind of a weird life that she lived.

I will say that the friendship with Abby, and how that all played out didn't work for me. I don't think I really understood why Abby went that far, it was really really mean. I feel like as a reader I didn't get enough to figure out how she could go that far in the prank, and so I had a harder time with how that worked out than Corrine did.

BUT, since I was so in love with Corrine and Minji, I didn't care that much. If I didn't have that adorable romance, I probably would have been more bothered by that side plot, but I'll give it a pass. Seriously, the whole Galveston Island outing was like romance gold. LOVED IT!!

If you're looking for something light and quick to read, that gives you good feelings, I definitely say give these a try. They're a tiny bit cheesy, a little hard to believe, but at the same time really satisfying.

christyTop Contributor: Fantasy Books
5.0 out of 5 stars great kpop story
Reviewed in the United States on May 19, 2018
Verified Purchase
A fun Kpop story that made me laugh. Fun to read how the teen felt about her "regular" life and her secret Kpop life. There were a few funny scenes that made me laugh and a few twists that did not see coming. It all ended with everyone happy but how they got there was a blast. Once started had to finish to see if Corrine comes clean and how it all works out with her friends. Plus the references to modern Kpop were a blast.
Read more
One person found this helpful
Helpful
Report abuse

Trish
5.0 out of 5 stars Great book for teens
Reviewed in the United States on November 25, 2020
Verified Purchase
What a fun read! I enjoyed the kpop fantasy, but also the main character coming to learn how to really be true to herself. To like herself the way she is and to fight for a friendship that is worth keeping.
Read more
Helpful
Report abuse

Tonja Drecker
VINE VOICE
4.0 out of 5 stars Cute and sweet
Reviewed in the United States on November 15, 2017
Verified Purchase
This was a cute read to help quench a sudden desire to read Kpop. The story has all those sweet elements, is a little bit cheesy (which I sometimes really enjoy) and still holds enough surprises to keep it interesting. It's not a deep read and isn't the most meaningful dive into characters or plot, but that's not the point. It's easy, it's quick and it's simply light-hearted romantic fun.
Read more
Helpful
Report abuse

Lindy Bartell
5.0 out of 5 stars A fantastic escape for fangirls young and old!
Reviewed in the United States on August 16, 2017
Verified Purchase
Any Kpop fan, young or old, can identify with Corrine's journey into open Kpop fandom - happening upon it by chance, being swept up in a cloud of music videos, hiding it, denying it, stealthily indulging in it, and finally being an open and proud fangirl! The angsty teen relationships took me back to my own high school days and the romance was super squeal-worthy! It's a fun, fanciful read for any of us that have ever imagined what it would be like to be your bias's object of affection (and haven't we all?!).
Read more
Helpful
Report abuse

Ginja
5.0 out of 5 stars Fangirling with Kdrama fiction
Reviewed in the United States on January 12, 2017
Verified Purchase
Jennie Bennett's Kpop novellas bring out my long suppressed inner teen. I am admittedly not the biggest fan of Kpop, but I love watching Kdrama and enjoy many aspects of the Korean Culture. Having that as a constant in my life the last few years, and being a Kdrama fic writer of sorts for a popular blog, finding stories with a Korean base is exciting. Jennie's stories are sweet, breezy reads, with important details and descriptions of characters sprinkled throughout to bring the setting and characters alive. She's also humorous and has a clear focus on themes like friendship and love.

"Undercover Fan" keeps you turning pages to find out what her feisty female lead will be up to next. Corrine thinks and reacts like a real teen. She may be beautiful, with a life to envy, but she has doubts, fears, insecurities, and issues with her very American parents. She makes mistakes and has a conscience. I love fish-out-of-water, multi-ethnic, "fusion" pairings and Corrine and Minji seem the most unlikely couple, but they work for me. I loved the water-balloon rescue scene. It was straight out of a kdrama. The story wraps up neatly, with a few twists and a dash of angst and there are a number of original "squee moments" to satisfy this kdrama fangirl.
Read more
One person found this helpful
Helpful
Report abuse

TalentedMissRipley
5.0 out of 5 stars Great Book!
Reviewed in the United States on April 15, 2017
Verified Purchase
What a fun book! It was such a cute story and I wanted more with the turn of each page! Looking forward to more kpop books!
Read more
Helpful
Report abuse