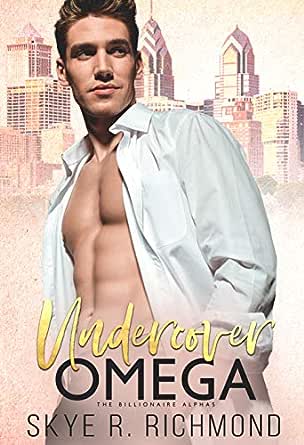 You've subscribed to Billionaire Alphas! We will preorder your items within 24 hours of when they become available. When new books are released, we'll charge your default payment method for the lowest price available during the pre-order period.
Update your device or payment method, cancel individual pre-orders or your subscription at
Your Memberships & Subscriptions
There was an error. We were unable to process your subscription due to an error. Please refresh and try again. 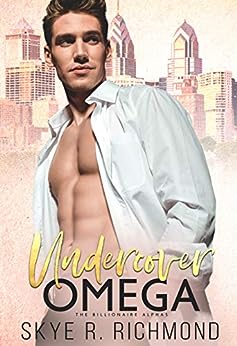 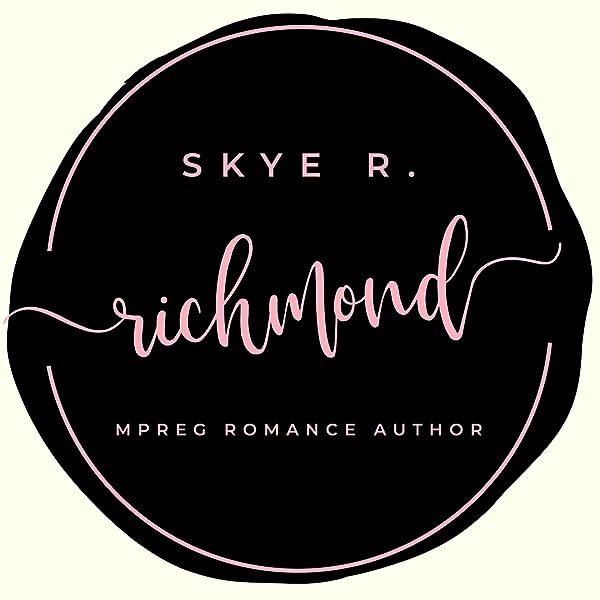 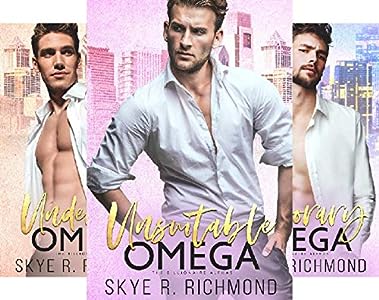 Amazon customer
VINE VOICE
2.0 out of 5 stars DNF
Reviewed in the United States on February 23, 2021
Verified Purchase
I'm sorry, but I couldn't get very far into this.
Too much inner rambling and barely any dialogue.
MAX, being the main topic upon which the plot is based, seems like nothing but a ghost hovering somewhere in the background ; never really participating in the story at all.
In the chapters from Riley's pov, the author could have built character by sharing some actual interaction between him and the child. But the whole atmosphere is just... dead.
After what seemed like Riley being quite determined and outspoken during his interview, suddenly he becomes this nervous shrinking flower.
Too inconsistent.
I feel this book was, sadly, a lost opportunity, because sooo much more could have been done with a wonderful plot line.
Disappointing effort all round.
Read more
Helpful
Report abuse

Heather Weissman
5.0 out of 5 stars Grayson ❤️ Riley
Reviewed in the United States on January 16, 2019
Verified Purchase
I was looking forward to Graysons story after his introduction in the first book and I definitely wasn’t disappointed!

After what Grayson went through with his first husband, it was easy to see why he was reluctant to become involved with another omega. You could tell he had a caring, nurturing personality which I loved instead of a rough alpha attitude. Riley was determined to be a part of his child’s life after being forced to give him up. And although he wasn’t honest with Grayson when he was hired, there was sincerity in Riley’s deception after his last alpha treated him so badly.
Read more
Helpful
Report abuse

Kindle Customer
5.0 out of 5 stars Couldn't Put It Down!
Reviewed in the United States on January 15, 2019
Verified Purchase
Loved this story! An alpha/omega love story with tons of heat, angst and a HEA. This book will not disappoint you. I love this author and all of her work. I can't wait for the next in the series.
Read more
Helpful
Report abuse

N Smith
4.0 out of 5 stars I absolutely love plot lines like this.
Reviewed in the United States on June 19, 2020
This was a nice read. I loved the story line. Lost/secret babies, omegas with a hidden past. I think because I love this trope so much, and it's hard to find, I was a little disappointed. Dont get me wrong, it was entertaining to say the least, but still left me wishing for more from this story.
I wish there was more scenes with Max. I felt like he was there really only as a place holder. Like the only time we see our two mc's with Max are when he's eating a snack or drawing? I'm pretty sure the child only had like 6 lines of dialogue in the whole book. With Max being the whole purpose for Reiley being there, I wish there was more bonding between son and papa.
And the book was very introspective, with lots of thinking between literally everything. A whole chapter could happen with nothing actually happening? What's more, is that the dialogue between Gray and Reiley was so fluid and unrealistic. Like Reiley would think something and Gray would  immediately adress it verbally. Or Reiley would say something and Gray would be, "yes I completely agree and expect the exact same thing". Even when Gray learned Reiley's secret, it was only two or three pages of conflict the went right back to unconditional love and reverence.
Over all, I did enjoy the book. It was sweet, steamy, and at time very cute. I do recommend.

(P.S. authors, please stop raising the face up by one finger under the chin. It happened like 2 maybe 3 times in this book alone, not to mention it happeneing in every mm romance ever published. It's becoming cliche at this point.)
Read more
Helpful
Report abuse

The Book Wench
4.0 out of 5 stars Nice little tale
Reviewed in the United States on January 26, 2019
Grayson Montgomery-Carmichael and Riley Sinclair meet under what appear to Gray to be fortuitous circumstances. What he doesn't know, when he hires Riley to be his son Max's manny, provides the tension and dramatic irony in this tender and sweet love story between a younger omega and the older alpha who claims him. We know from the outset what Riley's secret is, and as his relationship with Gray deepens, our concern and even fear grow. When the sh*t hits the fan, so to speak, will Riley lose everything he has come to care for? How will Gray react to what must inevitably come to light?

The writer does a good job of keeping us waiting for the other shoe to drop, but quickly resolves the conflict with the help of wise and supportive friends. The secondary characters are likable, especially because they have their friends' backs. I'm not exactly thrilled, though, that Riley's friend Luca's story is introduced and then left vague to the bitter end. Why tease us with it if there's to be not even a hint of an explanation? I am not a fan!

I like that Grayson is flawed because he seems to be so clean cut and almost too perfect for most of the story. It was nice to see that the idol has feet of clay. We already know that Riley is imperfect, going in, because of the secret he's carrying with him. But it's nice that the omega isn't the only one drawn with a fault of character. Alphas are also human and can be stupid, too, which only makes for more believable characters.

Overall, between the mostly on point characterization and the mounting tension, mixed with the very hot sexy times and the tender affection and love that grows between them, the author has composed a lovely story.
Read more
Helpful
Report abuse

Rachel_Emily
4.0 out of 5 stars Sweet billionaire/manny reunion-with-kid type of story :D
Reviewed in the United States on January 23, 2019
Riley has been searching for his son that he was forced to give up for adoption when he was a teenager, and has finally found him - and the billionaire who adopted him, Grayson. He decides to apply as a nanny for Max, his son, in order to be a part of his life. What Riley doesn't expect is to fall for his adoptive father.

Overall, I really enjoyed this fake manny/billionaire mpreg romance! Although this is the second book in the series, it was very easy to read this as a standalone (that's what I did) and not be lost.

I would definitely read the next book in this series and check out the rest of this author's work.
Read more
One person found this helpful
Helpful
Report abuse
See all reviews

Desi
5.0 out of 5 stars Super sweet and heartwarming
Reviewed in Germany on January 17, 2019
Verified Purchase
Meet Grayson, an alpha who went through hell with his first husband. A loving father for his adopted child Max. Meet Riley, an omega desperate for the child he had to release for adoption.
.
Riley gets the job as nanny for his birth son at Grayson. It is a slowly developing love story, shaped by the uncertainty of both actors.
.
Gray was mauled by his first husband, who has a hard time trusting someone. And Riley, who lives in the constant fear that Gray finds out who he really is.
.
The author has told a very empathetic story, with lovable main characters, in which you can put in very well. I'm really looking forward to the next book.
Read more
Report abuse