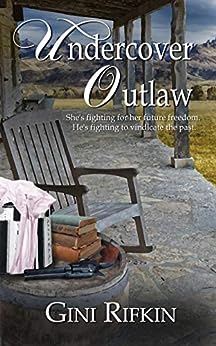 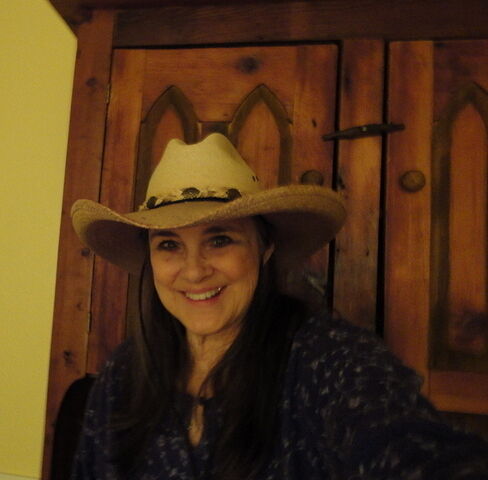 5 STARS
Reviewed by Pikasho Deka for Readers' Favorite
It's 1888 in Prairie Ridge, Colorado. Jesse, a tenacious young man disguised as an outlaw, infiltrates a gang of robbers led by a man named Billy Bart. Jesse is searching for the killers of his younger brother Jacob and is determined to bring them to justice. During one of the gang's robberies, Jesse unwittingly ends up kidnapping a young woman named Trinity.       Trinity, who has a past of her own, soon finds herself attracted to Jesse. But Jesse must keep his feelings in check and continue to gather evidence against Briggs, the man who controls the town. Will Jesse succeed? Will Trinity find her happy ending? To find out, read Undercover Outlaw, a romance/western by author Gini Rifkin.
I had a blast reading Undercover Outlaw. It's an engaging story of two lovers brought together by unforeseen circumstances and doing their best to overcome their respective struggles. The characters are everyday people facing extraordinary challenges, making them feel relatable and heroic in equal measure. Gini Rifkin's setup of a small town in 1888 America seems really well done, and the western ambiance made the read an even more enjoyable experience. The action sequences happen in quick bursts and are vividly described.
There are also some serious issues related to human trafficking that get duly explored, and Rifkin handles them with the necessary nuance and grace. I don't think there is a single thing that I didn't like about this book. I would recommend it to fans of both romance and western crime novels.
5 STARS
Between The Pages
Once again, the author masterfully captured my attention within the opening pages. Jesse portrays an outlaw, but he's a gentleman of a cowboy. Trinity is striving for independence and finds it Prairie Ridge. Though not the destination she had in mind, she finds friendship, family, and love. This story grabbed my interest and held steadfast. There's a bit of suspense with Jesse undercover in a group of outlaws, as well as plenty of action. So many scenes will make you smile - Trinity standing by her man, Trinity befriending the "ladies", Jesse with his uncle Sol, and Trinity with Sol. The story peaks when the "ladies" help Trinity save Jesse.     Seeing the women riding in to save the day was perfect. I also hoped for a connection between two other characters and the author didn't disappoint with a 'shy smile' at the end. Get comfy in your chair because you won't want to put this book down.
--This text refers to the paperback edition.

LAS Reviewer
5.0 out of 5 stars Good Reading
Reviewed in the United States on February 25, 2021
Undercover Outlaw is a quality written piece of literature that walks the fine line between a quest for justice and a thirst for revenge. I teetered between the two as the story took me on a journey mixed with romance and danger.

The leading characters, Trinity and Jesse immediately brought the book to life on page one. It was impossible to put the book down. I couldn’t turn the pages fast enough to see what happened next. I felt the instant connection between the two. In fact all the characters were well developed. It was easy to hate the town’s tyrannical leader. Hard not to love the townsfolk in Prairie Ridge.

The romance between Trinity and Jesse was more sweet than sensual but regardless they were definitely entertaining. I laughed when I read the word “dimwit. I haven’t heard that word in ages. My mother used to use that word.

Undercover Outlaw was a fast paced, plot twisting, emotional provoking story that pleased me greatly. I especially enjoyed the epilogue. I applaud Gini Rifkin for such a wonderful read.

Vicky Burkholder
4.0 out of 5 stars Sweet historical western romance
Reviewed in the United States on October 26, 2020
Thoughts: This is a standard historical western with a good guy, a sweet girl, bad guys, saloon girls, horse chases, and more. Where it goes beyond standard is what happens with all these characters. The story flows well from the beginning with conflict right off the bat as Trinity is kidnapped by Jesse and taken to the outlaw hideout. She is an orphan who grew up in an awful family and who had the guts to escape them and try to make it on her own (with the help of a friend). She lands in Prairie Ridge where she is befriended by Solomon, the local newsman (and friend of Jesse). She also befriends the saloon girls, teaching them to read and write, and they, in turn, help save her and Jesse.

What I liked: the characters! They are well-drawn and believable. I absolutely loved the girls and how they take care of things in their “unmentionables”. So much fun. And Trinity has some nerves as well, but… there were a couple places where things just happened to her rather than her taking care of them (not giving anything away). That was the only thing that kept this from being a 5 sparkler for me. Jesse is a good hero and the story flows well to a satisfying ending that leaves you smiling.

What I didn’t like: As mentioned above, there were just a couple small things that put it off for me, but they were minor as overall, the book was well done.

Recommendation: If you like historical westerns with gentleman heroes and sweet heroines who stand by their man, then this book is for you. A good romance, suspense, funny spots, and a HEA that satisfies all wrapped up in one well-written story.

Disclaimer: I received this book gratis in exchange for an honest review. All opinions are my own and are not influenced by anyone.
Read more
Helpful
Report abuse

N. N. Light
VINE VOICE
5.0 out of 5 stars A classic western romance, like the good old days...
Reviewed in the United States on October 26, 2020
A book that read like a superb Eastwood western from the good old days. Jesse is a hero everyone can cheer on. Trinity is a superb leading lady that proves again the human spirit can overcome every challenge. The story is taut with an incredibly complex plot. My favorite characters are Trinity and her girls. The energy, spirit, and ability they show make one think they have some fae in them.

The action and adventure will keep a lover of that on edge for the whole book. The fan of good romance will simply love the story of Jesse and Trinity. Brilliantly researched, well written, make, and absorbing. This book will appeal to every reader of action/romance books. One that is hard to put down once you make the great decision to pick this story up.

Camygo
5.0 out of 5 stars Great Find
Reviewed in the United States on November 22, 2020
I obtained a complimentary copy of Undercover Outlaw in exchange for an honest review. This was a great find.
It was easy to read, the plot and character development was great, and the chemistry building between Jesse and Trinity was worth the read. This was definitely one of the best books I've read recently, I'll be on the lookout for more from this author, Gini Rifkin.
Read more
Helpful
Report abuse

T.P. Warren
5.0 out of 5 stars Gripping Western Romance
Reviewed in the United States on November 15, 2020
This is the exact kind of novel I love to read. The characters and setting were very authentic, and the plot was engaging. Not only was the romance well written and believable, but there was also a lot of humor woven throughout. I loved everything about this book and will definitely be reading more by this author.
Read more
Helpful
Report abuse

Mistress Of Book Reviews
5.0 out of 5 stars A Western Romance that will reel you in!
Reviewed in the United States on April 17, 2021
When it comes to Ms. Rifkin’s book, there are two facts that jump out at me. Number 1. The characters and the plot do not disappoint. Number 2. When I finished reading Undercover Outlaw, I felt as if I knew Jesse, Trinity, Sol, and Etta, and I was sad to say goodbye. The blend of historical facts gave me a better understanding of the dynamics back in the 1800s, and the depth of emotions shown throughout the pages, made me laugh, cry, and want to be Mary June in some ways. Yes, I did not group this particular character with the others, because she is special in an enlightening and courageous way for women who were single in those days. I won’t divulge any secrets, but I will say that I loved this book with all my heart. If you want to be entertained by a good old-fashion love story, with lots of action, witty and audacious characters, and not to mention a bad-butt villain, then pick up this book! ~*~ Reviewed by Mistress of Book Reviews.
Read more
Helpful
Report abuse
See all reviews
Back to top
Get to Know Us
Make Money with Us
Amazon Payment Products
Let Us Help You
EnglishChoose a language for shopping. United StatesChoose a country/region for shopping.
© 1996-2021, Amazon.com, Inc. or its affiliates