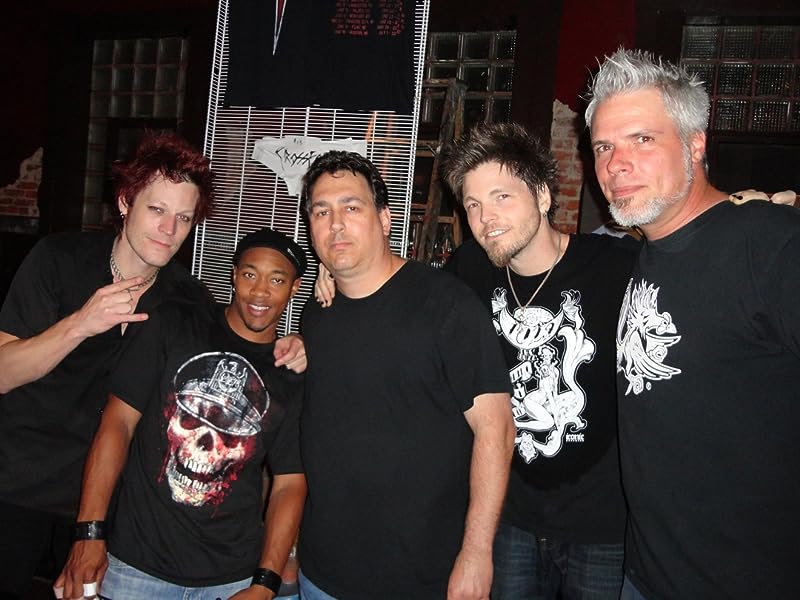 by Jim Santora Jr. (Author)
Part of: Underrated Rock Book
See all formats and editions
Sorry, there was a problem loading this page. Try again.

Oops, I Did It Again? More Underrated Rock Classics!

Rock music is still not dead. Fans are diving back into the rich history and buying vinyl records. That, and classic bands and some new rock artists are making fantastic music and touring again.

The Underrated Rock Book Too! continues the rock n roll journey of some of the most overlooked and underappreciated albums. This book continues where the original URB leaves off, so you get 200 more artists and albums from all rock genres. The limits have expanded to look back at some albums from the 1960s to some released after 2015.

This book and the original URB will be great talking pieces with your friends and family rockers. Another interactive read, so fire up your streaming service and listen to the songs while reading the pages. Read or hear something you like? Be sure to add to your vinyl or disc collection.
Read more
Previous page
Next page

Jim Santora Jr’s first published piece was with the Hammonton News, a local town newspaper in Hammonton NJ, where he grew up. He was working as a sports writer for the paper in 1988 while going to college. His first passion was radio, where he would be on the air at WACC Campus Radio (Atlantic Community College), where he also served as music director and general manager. He would also spend summers as a DJ at WLFR (Stockton College). All of this took place between 1987-1990.

He would go on to form Rock N Roll Express Entertainment and was a DJ and Karaoke host for a good portion of the 1990’s. He continued his writing, working as a beat reporter for the Beachcomber, located in Margate, NJ. He also became a music review critic, writing for In Tune Magazine, located in the Atlantic City NJ area. During this time, he would become a feature writer, covering live events and interviews. Some pieces of his work included coverage of Tom Petty, Deftones, Ugly Kid Joe, Type O Negative and Drivin N Cryin. It was also in the early 90s that he would be in the band Hideous Heinous. A collection of the band’s music went to Spin Magazine as part of their “Worst Band in America” contest. The group would not win, but the music must have been good (or bad) enough to be mentioned in an article by the magazine as well as a feature shown on CNN.

Heading into the late 90s to early 2000’s, he would have a radio show on WNJC, located in Washington Twp. NJ. This show would eventually become the first of his internet programs, airing on Live365. His passion for internet radio programs would continue in the late 2000’s until 2015, hosting “The Jim Santora Show” on Hot Rocks Radio, Blog Talk Radio and eventually his own radio station, SH ROCK. The program was successful and some of the interviews that the program had included members of Asking Alexandria, Saliva, Dokken, King’s X, The Dandy Warhols, Zebra, The Outlaws, Kansas, L.A. Guns, Stryper, Smile Empty Soul and Great White among others.

From 2005-2011, Jim was the lead vocalist of the bands 77LeSabre and Redliner. With 77LeSabre, he would release “Ride” in 2006. In 2009 with Redliner, “Vengeance” was released. Both groups performed all over New Jersey, Pennsylvania, Delaware, and Maryland and shared the stage with Tesla, Epica, Voodoo Blue and Threat Signal. He also was involved in various show production during this time, working with multiple artists including Chris Barron of Spin Doctors, Omnisoul and Suicide City.