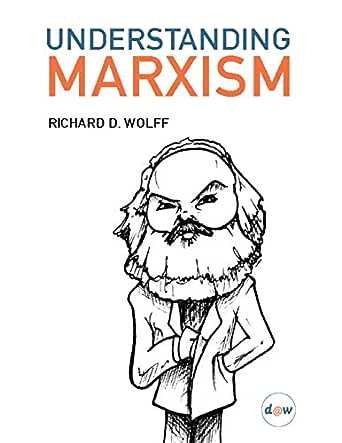 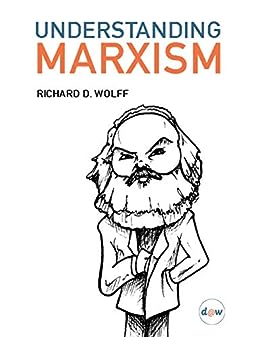 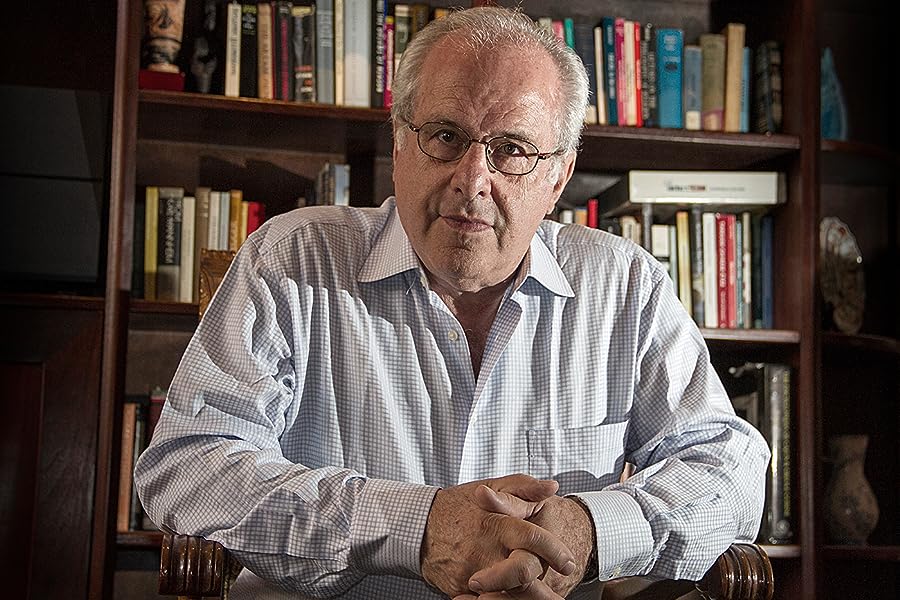 4.6 out of 5 stars
4.6 out of 5
101 customer ratings
How does Amazon calculate star ratings?
Amazon calculates a product’s star ratings based on a machine learned model instead of a raw data average. The model takes into account factors including the age of a rating, whether the ratings are from verified purchasers, and factors that establish reviewer trustworthiness.

J. M. Magrini
5.0 out of 5 stars Excellent, succinct, intro to Marxism...
Reviewed in the United States on May 20, 2019
Verified Purchase
Richard Wolff’s Understanding Marxism is an excellent and highly accessible populist work that introduces Marx’s critique of the inherent contradictions and inevitable problems that plague – and will continue to plague – capitalism. So, he sets out to show how the contemporary experience and understanding of the relationship between employer-employee emerge from because it is the modern manifestation of the historical distinction, which is hierarchical, oppressive and ultimately “exploitative, between master-slave and Lord-serf - Zizek, in his small text The Relevance of the Communist Manifesto, offers a unique response to this line of critique and reasoning.

Above I mention the accessibility of the writing – in fact, there is a crystalline clarity to it - and if you have watched Wolff’s show or listened to his interviews, it’s as if Wolff is speaking in his usual manner that avoids academic jargon and communicates his ideas directly. This is an extremely helpful and useful guide to understanding Marx, and I am hoping many young intelligent politically-minded university students will read it – e.g., those who might be unfamiliar with Marx - because it offers a sensible corrective to the ill-informed Marxist critics on the so-called “intellectual dark web” (IDW) who repeatedly, without properly understanding Marx, scapegoat him and employ him as a bogeyman to enhance the arousal of fear and alarm with their rhetoric.

Ultimately, and here I agree with Wolff, Marx might be said – bound intimately with Marx’s notion of “species being” (a term Wolff avoids) – to show why “ending exploitation [is] necessary to actualize social commitments to liberty, equality, brotherhood, and democracy” (36-37). So, instead of a utopian (end-of-history) communist or socialist model for society, Wolff, through his reading of Marx, offers what might be termed a philosophical or even commonsensical (and achievable!) model of what a more socially aware and humanly grounded workplace might look like – one that is Marxist in nature and instantiates people coming together in more “democratic, egalitarian ways.” (71).

Wolff also directs readers to primary source material for further study - so, all the quotations included are traced to Marx's original writings, which readers are encouraged to seek out.

To conclude, readers must be aware that this pamphlet – indeed, this is what Wolff calls it – does not attempt to serve as a broad or sprawling introduction to Marx and his writings. Thus, when ordering it, be aware that it is not akin to academic introductions and critiques of Marx such as Peter Singer’s Marx: a Very Short Introduction (OUP) or Allen Wood’s Karl Marx (Routledge).

Dr. T
2.0 out of 5 stars This book is the sparknotes for wolff’s previous book “democracy at work”
Reviewed in the United States on July 14, 2019
Verified Purchase
This book has some strong sections, but not only is it grossly overpriced, but wolff’s reading of marx is highly unorthodox. He passes his own opinions off as Marx’s and pretends everyone else has just been misreading him for the past century and a half. If you want to understand Marxism, you’re better off reading Marx! Sure, “capital” is a cinderblock of a book and a super tough read, but I recommend you read “wage labor and capital and value price and profit” by marx instead. Much better book, much cheaper, and straight from the horse’s mouth.
Read more
31 people found this helpful
Helpful
Comment Report abuse

Sean
4.0 out of 5 stars good but short
Reviewed in the United States on July 3, 2019
Verified Purchase
At $22.50, words-per-dollar this is the most expensive book I've ever purchased; it is large-print and actual content is barely 70 pages. It is a good source of information but contains nothing that isn't in Richard Wolff's lengthier and more advanced book Democracy at Work.
Read more
10 people found this helpful
Helpful
Comment Report abuse

Ossie Weinert
5.0 out of 5 stars More important now than ever before!
Reviewed in the United States on June 10, 2019
Verified Purchase
With Capitalism failing on a global scale (except for the top 1%) one needs to get a clear understanding of Marxism so we can all get behind and pass the "Green New Deal". Professor Wolff explains Marxism clearly in this short easy to read book.
Read more
10 people found this helpful
Helpful
Comment Report abuse

Michael Ball
5.0 out of 5 stars We've been lied to
Reviewed in the United States on February 24, 2020
Verified Purchase
I grew up assuming capitalism wasn't a system of economics, but THE system. I look back now and am appalled that my education taught me to accept this, completely uncritically. What else can you think of that has only pros, no cons? But we were taught that that is true of capitalism. What a convenient, self-serving lie to prop up those who benefit most: the elites that profit from our blind faith in their false narrative.

This book, as well as Professor Wolff's podcast, Economic Update, have opened my eyes to the exploitation and inequity of capitalism. It's not that these things happen to occur alongside capitalism; capitalism REQUIRES gross income inequality to function.

I personally have done well enough under capitalism. Not as well as I could have, given all my advantages of opportunity, especially early in life, but I, for my part, am content. But I am NOT content that I've been afforded countless advantages that most Americans are not. The game we call the American Dream is rigged, and I HATE rigged games - even those rigged in my favor.
Read more
4 people found this helpful
Helpful
Comment Report abuse

A. L.
5.0 out of 5 stars Great introductory text
Reviewed in the United States on July 10, 2019
Verified Purchase
Purchased for some family members that were skeptical towards ideas relating to Marxism, Socialism, and Democratic Socialism. This was a great conversation starter. Well written, interesting, and approachable for people without any serious background in philosophy or economics.
Read more
6 people found this helpful
Helpful
Comment Report abuse

Luis Rivera
5.0 out of 5 stars Easy to understand, and all concepts are broken down into one small book.
Reviewed in the United States on August 10, 2019
Verified Purchase
The book broke down the concept of "surplus labor" to a level someone in middle school should be able to understand.
Read more
6 people found this helpful
Helpful
Comment Report abuse

Nicholas Jzyk
5.0 out of 5 stars Dyslexia Simple and to the point!
Reviewed in the United States on December 20, 2019
Verified Purchase
I have dyslexia so I’ve tried reading Marx's writing a number of times but due to the time it was written and the language break down it was very hard for me to understand what was being said or explained. This book does a good job making it simple and easy to understand these very critical and important economic issues.
Read more

L S Gallagher
4.0 out of 5 stars Good for beginner
Reviewed in the United Kingdom on July 23, 2019
Verified Purchase
Short, concise and easy to understand . Great book for someone just starting their.journey into understanding the works of Karl Marx.
Read more
2 people found this helpful
Helpful
Sending feedback...
Thank you for your feedback.
Sorry, we failed to record your vote. Please try again
Report abuse

D. Hawthorne
5.0 out of 5 stars Easy to read and understand
Reviewed in Australia on October 29, 2019
Verified Purchase
This is a well-written introduction to Marxist analysis of economics and society. It is a short and terse read. It is very good for those who want a quick introduction to the topic.
Read more
Helpful
Sending feedback...
Thank you for your feedback.
Sorry, we failed to record your vote. Please try again
Report abuse

David A. Baxter
5.0 out of 5 stars Easy to understand Marxism
Reviewed in Canada on December 29, 2019
Verified Purchase
This essay filters Marx's insights and analyses into understandable language. It clarifies the difficulties with capitalism for 99% of us.
Read more
One person found this helpful
Helpful
Sending feedback...
Thank you for your feedback.
Sorry, we failed to record your vote. Please try again
Report abuse

Amazon Customer
5.0 out of 5 stars Great
Reviewed in India on November 22, 2019
Verified Purchase
A stepping stone for layman into the realm of political economy...

Brings Marx at a hands length to touch and feel him...
Read more
One person found this helpful
Helpful
Sending feedback...
Thank you for your feedback.
Sorry, we failed to record your vote. Please try again
Report abuse

Kirk Dawson
5.0 out of 5 stars Informative Read
Reviewed in Australia on February 28, 2020
Verified Purchase
If you ever wanted to get your head around Marxism this id the book for you. Clear and easy to understand.
Read more
Helpful
Sending feedback...
Thank you for your feedback.
Sorry, we failed to record your vote. Please try again
Report abuse