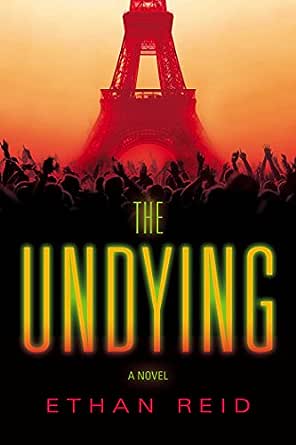 You've subscribed to The Undying Series! We will preorder your items within 24 hours of when they become available. When new books are released, we'll charge your default payment method for the lowest price available during the pre-order period.
Update your device or payment method, cancel individual pre-orders or your subscription at
Your Memberships & Subscriptions 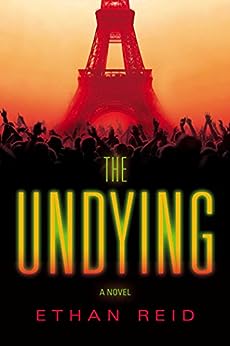 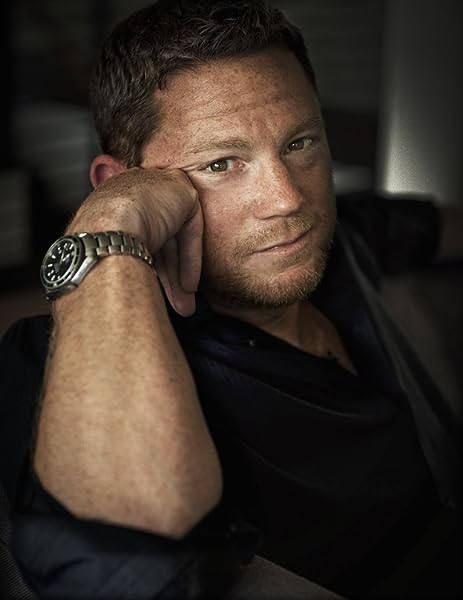 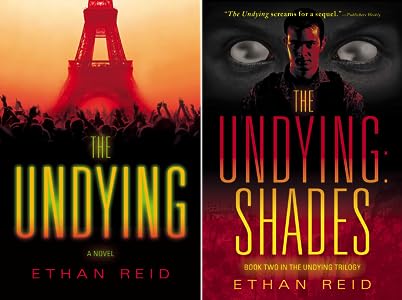 “After a devastating trigger touches off the fall of mankind, a desperate race for survival begins while the lush backdrop of Paris is brought to its knees. This is an enthralling tale of terror and survival. The writing is superb. The tension never stops. Keep the doors locked and the lights on—Ethan Reid is the new voice of horror you've been waiting for.” (Graham Brown, New York Times bestselling author of The Eden Prophecy)

“Even the most original apocalypse won’t satisfy unless you can root for the survivors. Ethan Reid’s The Undying delivers resounding, realistic terror, vampiric demons, and characters whose fates you’ll follow with your heart in your throat.” (Sophie Littlefield, national bestselling author of the Aftertime Series)

“The Undying conjures a nightmarish City of Lights that’s all about darkness, a tourists’ horror story that goes miles beyond delayed flights and bedbugs in the sheets. Pacy and visceral, Ethan Reid has written a thriller that brings a genuinely fresh take to a monstrous mythology.” (Andrew Pyper, #1 internationally bestselling author of The Demonologist)

“This postapocalyptic horror novel effectively delivers gross-out thrills. . . . Debut author Reid keeps the action rushing ahead in hysterical panic with vivid scenes and convincing (albeit short-lived) characters. This one screams for a sequel.”
(Publishers Weekly)

Ethan Reid received his BA in English from the University of Washington and his MFA from the University of Southern California’s MPW Program, where he studied under author S.L. Stebel, Oscar-nominated screenwriter Sy Gomberg, and Oscar-winning screenwriter Frank Tarloff. Ethan is a member of the Horror Writers Association and the Pacific Northwest Writers Association. He lives in Seattle.

4.0 out of 5 stars
4 out of 5
37 global ratings
How are ratings calculated?
To calculate the overall star rating and percentage breakdown by star, we don’t use a simple average. Instead, our system considers things like how recent a review is and if the reviewer bought the item on Amazon. It also analyzes reviews to verify trustworthiness.
Top reviews

I. Clements
3.0 out of 5 stars a twist on the classic zombie characters
Reviewed in the United States on June 27, 2016
Verified Purchase
Jeanie and Ben arrive in Paris just in time to celebrate the New Year with their friends. Unfortunately, things soon start to go very wrong with earthquakes, fireballs raining from the sky, and massive devastation spreading across the city.

After the initial wave of devastation, the story focuses on Jeanie and Ben's struggle for survival in the midst of the chaos.

Without internet, telephone, or any information sources, Jeanie and Ben's only option is to head to the centre of the city to look for food, shelter, and salvation. However, they soon discover that there is something even more sinister roaming around the city.

In the preface of The Undying, Reid editor notes that the catacomb section of this story sets it apart from other stories in this genre and I would agree. As Jeanie and Ben navigate the damp, narrow tunnels Reid does a great job in cranking up the tension and sense of claustrophobia.

Their fight for survival is well described, and Jeanie and Ben work together well as the main protagonists. Reid even offers us a twist on the classic zombie characters, these ones are fast and work in packs.

I enjoyed this book overall but marked this one as a 3 rating as I have read several books of this genre recently and this one didn't stand out especially for me from those.

I received a free copy of this book via NetGalley in exchange for a honest review.

corybe
5.0 out of 5 stars Riveting
Reviewed in the United States on October 12, 2014
Verified Purchase
Fast-moving, smartly-written thriller that will stick in the back of your brain. Original and fresh. Authentic scenes: you'll enjoy it even more if you've visited Paris. Highly recommend.
Read more
One person found this helpful
Helpful
Comment Report abuse

Wanda
4.0 out of 5 stars Four Stars
Reviewed in the United States on March 29, 2015
Verified Purchase
I enjoyed the story. I hope there is a follow up to it
Read more
Helpful
Comment Report abuse

Martha
5.0 out of 5 stars awesome
Reviewed in the United States on April 16, 2015
Verified Purchase
I can't wait to read the next book! I recommend the book, this story left me in suspense. Thumbs up
Read more
Helpful
Comment Report abuse

Rebecca Armstrong
2.0 out of 5 stars Good premise - poor execution
Reviewed in the United Kingdom on June 16, 2017
Verified Purchase
The Undying is an apocalyptic thriller and was sold as similar to The Walking Dead. Jeanie and Ben, two American tourists must get to the Arc de Triomphe as it's, supposedly, a rescue point. On the way, they find two of their friends and a newly born baby.

The Undying could have been so good. The premise was what made me want to read it. I really did want to like it. I thought it would help me get over the awful apocalyptic book that is A Mathematical State of Grace. Unfortunately They Undying just didn't live up to my expectations.

I enjoyed the first chapter, we were straight into the aftermath of an apocalyptic zombie style event. Unfortunately, the second chapter skipped back to before it occurred. I switched off a bit because I knew something bad was going to happen and I just really wanted it to start straight away. The characters introduced in the second chapter, were glaringly obviously missing in the first. Jeanie and the baby are clearly going to survive because they're present in the first chapter.

I really enjoyed learning about the zombies, as much as our characters could when on the run. The zombies could get into your head slightly, they fed off emotions which was unique. They're also not The Walking Dead style zombies, they can be quick and they evolve and get stronger as the apocalypse goes on.

Zou Zou, our resident Parisian was a walking stereotype. Plus, the characters kept speaking French. But in the middle of English sentences. I couldn't immerse myself in this world because I had to stop and try and translate the characters. I took French at GCSE, and I was struggling. Anyone who doesn't know any French would not be able to read The Undying properly.

As we follow Jeanie through her first day of the apocalypse, it flashes back to her losing her father to cancer. There's a slight analogy between the horrible things happening to Jeanie and the loss of her father. I understand there's a message trying to be conveyed. I just wasn't convinced to care about Jeanie, so I just didn't feel for her the way I think I was meant to.

The baby in the story is an odd plot device. Even the other characters think Jeanie is stupid for taking the baby with them. The baby is meant to give Jeanie a reason to continue fighting and moving forward. But, it felt quite flat and a stupid decision made purely for plot furthering. I would have suggested the baby being Jeanie's or Zou Zou's to make it feel more genuine. I think making it a family relation or a close friend's child would have made it more obvious that Jeanie had to take the baby.

The zombies or moribund were amazingly written. Unfortunately all the effort seemed to be towards making the perfect horror zombie. Therefore the characters and plot suffered. It would have worked so much better if the book didn't start at the end. We could have learnt to love characters and actually felt something when we lost them. The thriller aspect could have been improved upon if I thought the main character was actually at risk of dying.

I received The Undying* by Ethan Reid as an e-book from the publisher via Netgalley. This is an unbiased and honest review.
Read more
Report abuse
See all reviews