Unearthing the Past (The McKay Series Book 3) and millions of other books are available for Amazon Kindle. Learn more
Share <Embed> 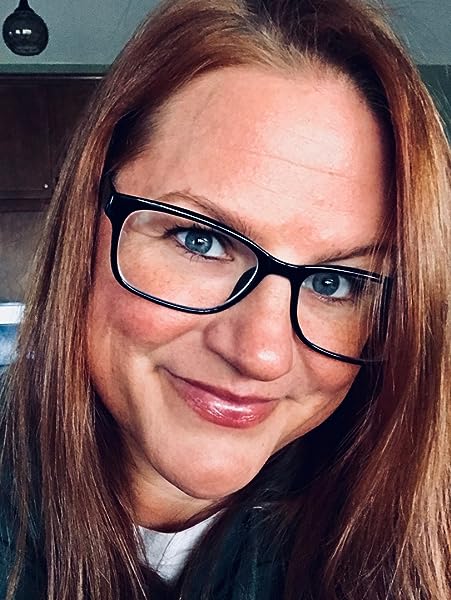 by W. L. Brooks (Author)
4.4 out of 5 stars 25 ratings
Book 3 of 4: The McKay Series
See all formats and editions
Sorry, there was a problem loading this page. Try again.

Start reading Unearthing the Past (The McKay Series Book 3) on your Kindle in under a minute.

StoreyBook Reviews
3.0 out of 5 stars Family dynamics and suspense
Reviewed in the United States on April 22, 2020
This is the third book in the series and while it can be read on its own, I highly suggest reading the first two books.  There were many things I didn't understand or get about the McKay family dynamic and the relationship between the sisters.  That aside, this story was quite intriguing and the suspense/mystery really kept me guessing.

Charlie is the focus of this story and someone is out to get her and her daughter, Mack.  Enter Craig who has moved to town to open a bar but has some ulterior motives of his own but he is quite interested in Charlie and her daughter.  Charlie is a bit gunshy when it comes to men based on some past history, so Craig has to work past those walls she has built up around her.

All of the characters bring an interesting twist to the story with their personality traits and flaws.  I suppose you could say that the McKay family is a bit dysfunctional and perhaps it is their upbringing since they were all adopted by the McKay family at various times in their life.  Fletcher is the most volatile in my opinion.  She is a police officer, yet she seems to fly off the handle the fastest.  This is a good and bad thing but makes for an intriguing character and I wonder what her story is and what events in her past created her character.

The mystery/suspense portion of the story is well crafted and if you can figure out who the perpetrator is before the reveal you are a better sleuth than me.  There really are not many clues other than it is someone tied to Charlie's past.  I honestly had no idea who to suspect.

The only thing I didn't like about this book was the number of f* bombs and other profanity.  I don't mind some, but this had a bit more than I personally prefer.

Overall we enjoyed the book and give it 3 paws up.
Read more
Helpful
Report abuse

Lauren - Kindle Unlimited
4.0 out of 5 stars 4* ARC Review – Another McKay Mystery
Reviewed in the United States on June 19, 2020
This is the second book I have read by this author and both were ARCs provided by Hidden Gems in exchange for my reviews. I had read the first in the series and this one is the third. To be honest, I really wish I had been selected for the second book, as the McKay sisters kept referring to “what happened last year” and I felt a little lost.
This book focuses on Charlie, who is the second oldest of the McKay sisters, and runs a diner in their small Southern town of Blue Creek. Charlie also has a young daughter, Mack; whose father was never in the picture and has died. As the book opens, a grave has been robbed and the body of Mack’s father is left in a box on Charlie’s porch. This starts a series of events targeting Charlie. At the same time, she meets Craig Sutton who is new to town and staying at her sister’s B&B apartment. Clearly, he has a secret as to why he is in town and Charlie thinks he is interested in her sister, Alex. Yet there seems to be an attraction between Charlie and Craig.
This is a good story that I found compelling to keep reading. There were a few secrets and mysteries to keep me engaged and wanting to find out how it would be resolved. Although I did feel like I needed some information from the second book, I really liked much of this book. Most especially the conversation Charlie has with her father about how a single parent enters into a new relationship and the extra hurdles because of the child(ren). This was so well done because I remember it from the first book and part of me wanted a bit more color at that time.
Read more
Helpful
Report abuse

S. Jacklin
5.0 out of 5 stars Truly enjoyable!
Reviewed in the United States on December 4, 2020
**Presented with an ARC via HiddenGems in exchange for an honest review.**

W.L. Brooks has a lyrical and warm way of writing a story, drawing the reader in and holding them enthralled effortlessly. Here in this third installment of the McKay Series, we get to see the blossoming of the relationship between Craig Sutton and Charlie McKay.

There’s a sweet slow burn coupled with the wild insta-crush they each have on the other. Watching them as they dance around each other, orbiting while not quite touching, until they finally come together in a truly prismatic display has been quite a joy!

If you like Eliza Quinn or L.A. Pepper, you will love this book!
Read more
Helpful
Report abuse

JL Williams
3.0 out of 5 stars Romance and mystery
Reviewed in the United States on June 26, 2020
I voluntarily reviewed this after receiving a free copy. Charlie McKay, single Mom to Mack, manages the local diner. Someone from Charlie's past is causing problems for Charlie and Mack. Craig Sutton has just come to town and is staying at the local B&B run by Charlie's sister. Charlie has trust issues and she believes that Craig is interesting in her sister so she tries to push him away but Craig wants to help Charlie. Both Charlie and Craig have secrets, does Craig have anything to do with what is happening to Charlie and Mack? Will Charlie trust Craig? What will they do when all the secrets are out? Overall, enjoyable read - going back to read books 1 and 2.
Read more
Helpful
Report abuse

Dono
4.0 out of 5 stars Good read
Reviewed in the United States on June 24, 2020
I voluntarily reviewed this book for Hidden Gems in exchange for my honest option. Whilst this is the third book in the series and is classed as a stand alone I do highly recommend reading the first 2 books. Whilst I had read them a while ago I did struggle to remember the family dynamics with adoption and their individual characters. I found this story suspenseful and quite intriguing involving all the unique characters from previous books. The story centers around Charlie and her past which catches up with her and whilst a mystery I did guess early on who was out to get her. Mystery and romance - can't go wrong.
Read more
Helpful
Report abuse

vic
5.0 out of 5 stars McKay's
Reviewed in the United States on June 30, 2020
I love this family, even though trouble seems to follow them. They are a true family, all of the girls are adopted and they make it work. This is Charlie's story and you really do have yo watch the quiet and too happy ones. I love all the characters and the town. Can't wait for the next story and mystery. I voluntarily reviewed an Advanced Reader copy of this book.
Read more
One person found this helpful
Helpful
Report abuse

Leah Riker
4.0 out of 5 stars Great family dynamic
Reviewed in the United States on June 18, 2020
I voluntarily wrote this review after receiving a free copy.
This is book 3 in a series and can be read as a stand alone. I have not read any of the other books about this family and I had a hard time keeping up with all of the family members. I made it through the book fine and loved the characters but I do think I would have enjoyed the story more with having the background and character building of the first two books. I did like the family dynamic and suspense in the story. I also enjoyed the romance and passion aspect. Overall it was a good read and I wound recommend it to others.
Read more
Helpful
Report abuse
See all reviews