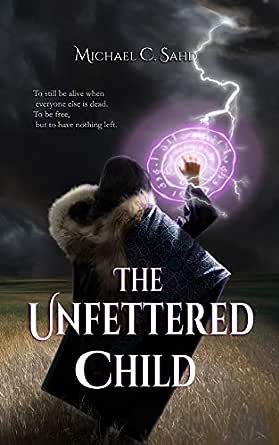 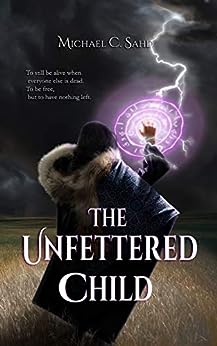 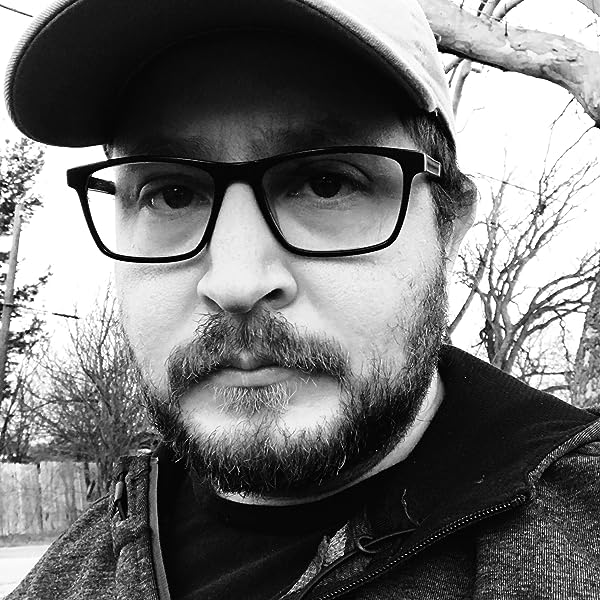 "Sahd transforms what could be a stereotypical fantasy and enlivens it with vivid details and a permeating sense of wonder. [He] has clear and readable, yet highly descriptive prose that fits the genre well. [He] . . . enhances the work by weaving in elements from a variety of fascinating cultures, languages, and systems of magic, providing memorable imagery and a distinctive sense of place."
- The BookLife Prize reviewers

Frank Scozzari
5.0 out of 5 stars Vivid imagery and facinating characters
Reviewed in the United States on September 26, 2020
Verified Purchase
THE UNFETTERED CHILD is a fascinating read packed with magic, elves, and memorable characters.

After her mother is captured by elves, young Samara travel across a vivid, colorful, imaginary landscape, guided by an internal voice, which both enlightens and frightens. She is taught to release an inner power, and she must do so to save her tribe and rescue her mother. Samara is one you grow to adore and root for.

It's both a great YA novel and adult dark fantasy. It is said, "A children's story that can only be enjoyed by children isn't a good children's story in the slightest." Well, that is certainly true with THE UNFETTERED CHILD. The novel says a lot about family values and love. Author Michael C. Sahd has a great knack for story-telling, weaving in a diverse cast of characters with many plot surprises. Frankly, the book was addicting.

Gail
5.0 out of 5 stars Amazing
Reviewed in the United States on November 9, 2019
Verified Purchase
Fantastic story. A little gory in a couple spots but truly a great story. Exceptional ending despite reading it through tears.
Read more
2 people found this helpful
Helpful
Comment Report abuse

gena j bula
4.0 out of 5 stars A New/Different Take on the Fantasy Genre
Reviewed in the United States on October 1, 2019
Verified Purchase
If you are looking for a feel good fantasy novel, this book is not it. It is dark and, at times, violent. That said, this book masterfully pulls readers into a world of magic, turning their expectations on their heads. It's a ride I'm glad I went on. It is best to not go into this book with preconceived notions of how "sanitized" magic should be manifested in a book. Rather, you should just enjoy the ride. While this is a stand alone book, it would lend itself well to a sequel should the author choose to expand the story line further. I would certainly read books by this author again.
Read more
One person found this helpful
Helpful
Comment Report abuse

Noah Michael
5.0 out of 5 stars Great fantasy book!
Reviewed in the United States on December 1, 2019
Verified Purchase
The book starts off with an action-packed battle, and the heat never backs down. Great read for fantasy reads, loved the world, nature, animals, and loooooved the character development. You will not regret this purchase, definitely worth it!
Read more
One person found this helpful
Helpful
Comment Report abuse

Energy Rae
5.0 out of 5 stars Loved It
Reviewed in the United States on August 28, 2019
Samara was born under auspicious circumstances, and 8 years later, her tribe finds itself under attack. They have something the elves want, only they're not aware of that. The elves take the women harvesting for two reasons, a bargaining chip and to work as slaves. The tribe is no match for the elves. Samara, frustrated and scared, unleashes something, a power beyond imagination, and a power beyond her control.

Upon realizing that he's lost a good portion of his tribe, and clueless to his daughter Samara's power, Orin sets out to find his wife and take down the elves who destroyed their grounds. What ensues is a quest to fight, to understand, and to reconnect family members.

While a fantasy novel involving magic, this book centers a lot around the characters, their desire to reconnect with their lost family members, and in Orin's case, his quest to find his wife and take down the elves. He's a very angry character, who is hot-headed and quick to act. He's incredibly skilled when it comes to fighting and he's ruled by his anger and his family. I thought what we learned of the elves had a lot of potential, especially with the way things finished out. I also especially liked the Khaliji, traveling performers that Samara traveled with, namely Varisha and Omar (and wouldn't mind seeing them in another book).

This was a fun story with many elements of various magic. It was a unique fantasy that had a young girl at its center, and Sahd made it work. Samara was incredibly powerful, and once grown out of the whims of a child, could be the force to be reckoned with. The only thing I questioned was when he wrote that Sigmia had one more task, but we never found out what that was. I initially agreed to read The Unfettered Child because my niece shares our main character's name, and I'm so glad I agreed because this turned into such a pleasant surprise.
Read more
2 people found this helpful
Helpful
Comment Report abuse

S. Mahaffey
5.0 out of 5 stars Excellent fantasy!
Reviewed in the United States on October 31, 2019
Samara is 8 years old when she finds a gem on the ground. Her father puts the gem into the handle of a knife for Samara. Orin, her father was going to give it to her for her next birthday but gives it to her instead of witnessing. Samara is a child bursting with curiosity and love of adventure. She gets permission to go berry picking with the women of the tribe but is given someone to look after her. Suddenly nets fall on top of the women. The elves had done this as they wanted slaves. If Samara and the woman who watched her had been there, they would had been captured too. Sadly, the woman is killed but Samara runs down to her tribe’s encampment warning them about the women being captured. Finally a group of men go to search for the women. Will they find them? Samara has a gift of power that she doesn’t know how to use or control it. Will she learn how to use this power? How?

A novel full of fantasy with different races, magic, secrets and surprises. The story held me with its curiousities and the characters Samara encounters. Samara learns to control her anger which quite a challenge for her.

Disclaimer: I received an arc of this book from the author/publisher from Netgalley. I wasn’t obligated to write a favorable review or any review at all. The opinions expressed are strictly my own.
Read more
One person found this helpful
Helpful
Comment Report abuse
See all reviews

Amazon Customer
4.0 out of 5 stars nice book
Reviewed in the United Kingdom on December 21, 2019
Verified Purchase
it was good thanks
Read more
Report abuse
See all reviews