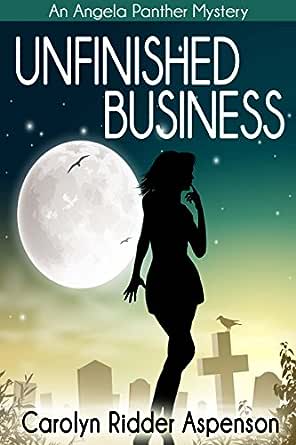 You've subscribed to The Angela Panther Mystery Series! We will preorder your items within 24 hours of when they become available. When new books are released, we'll charge your default payment method for the lowest price available during the pre-order period.
Update your device or payment method, cancel individual pre-orders or your subscription at
Your Memberships & Subscriptions
There was an error. We were unable to process your subscription due to an error. Please refresh and try again. 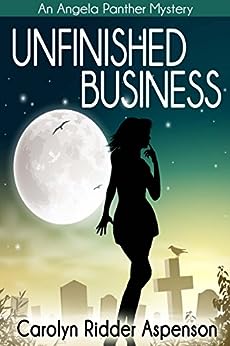 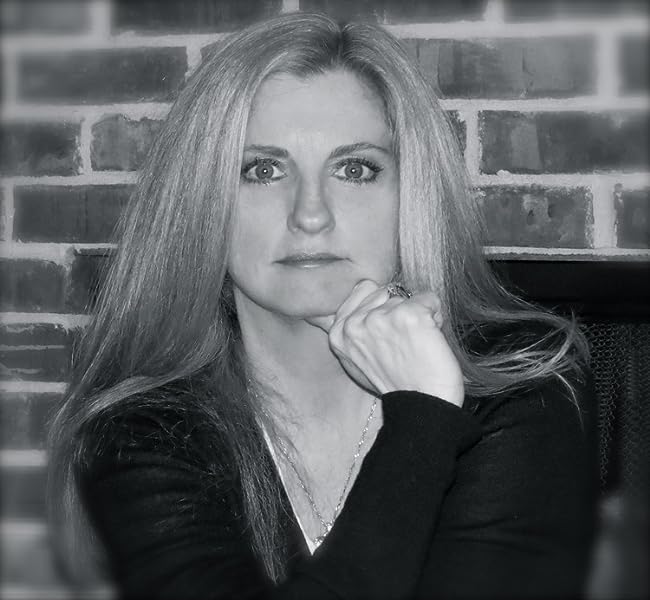 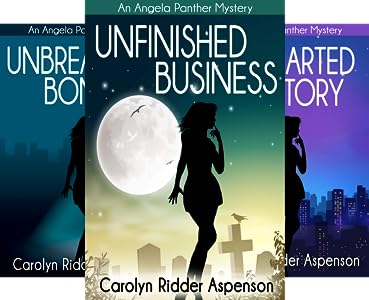 An entertaining story of a woman discovering she has a gift for seeing the dead & talking to them.  The dialog is witty and Angela's running commentary with her mother is so realistic it will remind readers of their own mothers!---InD'Tale Magazine
If you like Janet Evanovich & Sophia Kinsella, you'll love Carolyn Ridder Aspenson. Unfinished Business is a mixture of romance, cozy mystery and chick lit with a fun paranormal element. This book is perfect for all readers.---Stephanie Konat, Booktrope Editions
I've read a lot of paranormal books, but thiswas by far the cutest I've read in a long time. Fran had the attitude ofGrandma Mazur from Janet Evanovich's Stephanie Plum series, and the paranormalelement was very cute..definitely an entertaining read to take you away fromthe stress of the day for a hot second.---Katelyn Hensel ReadersFavorite

Hi! Thanks for stopping by and checking out my books! I wrote the series, and Unfinished Business after the death of my mother, as a way of honoring her. In the books, Fran Richter, the ghost (or celestial super sleuth as Fran likes to call herself) is very much my mom. Fran is a loud, sometimes inappropriate, over protective, loyal, in-your-face, loving, nosy, amazing Italian mother, just like my mom was. Her use of the English language is often poor, and sometimes on point. That's how my mother spoke. When it was just the two of us, she pulled out her south side of Chicago speak and got her 'youse guys' going like crazy, but if others were around, she could talk like my 7th-grade language arts teacher.
If you're wondering, I don't see my mother's spirit. I'd like to, and I'm sure she's around, ticked off that I don't see her. I do dream about her, and I do get signs. Check out my Facebook page at facebook.com/carolynridderaspensonauthor, and you can read about some of the signs. "Fran" makes herself pretty obvious sometimes, especially to my son. Go figure.
I hope you enjoy my stories!

Carolyn Ridder Aspenson writes mysteries featuring imperfect but strong women with a flair for telling it like it is. Her stories shine through her dialogue, which readers have praised for being realistic and compelling.

Prior to writing fiction, Carolyn was a freelance journalist covering local and national affairs from social events to drug busts.

Now an empty-nester, Carolyn lives in the Atlanta suburbs with her husband, two Pit Bull-Boxer mix dogs and two cantankerous cats, but you'll often find her at a local coffee shop people watching (and listening), or as she likes to call it, plotting her next novel.
Read more