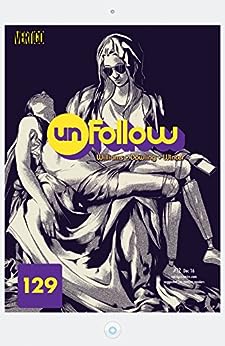 by Rob Williams (Author), Matt Taylor (Cover Art), Mike Dowling (Penciller, Inker), Quinton Winter (Colorist) & 1 more Format: Kindle Edition
Book 12 of 18: Unfollow (2015-2017)
See all formats and editions
Sorry, there was a problem loading this page. Try again.
In Russia, Dave, Deacon and Ravan have a choice to make: take the Ekranoplan and run for their lives, or evolve into something terrifying. Meanwhile, Courtney’s game-changing revelation stuns the other “140” exiles. Can Akira’s peace compound live up to its name? Or is there a terrible price to pay if one wants to truly become a social media messiah?
Read more
Previous page
Next page
Kindle e-Readers
Fire Tablets
Free Kindle Reading Apps
Available on these devices 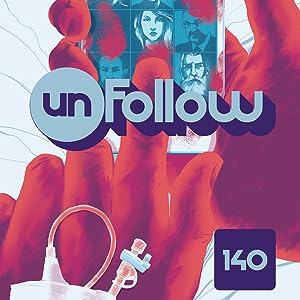 He has written licensed comics for some of the biggest pop culture titles in the world, including DOCTOR WHO, STAR WARS, INDIANA JONES and GHOSTBUSTERS.

His creator-owned comic work includes UNFOLLOW and THE ROYALS: MASTERS OF WAR from Vertigo, ORDINARY via TItan and CLA$$WAR from Com.X.

He is currently writing the ROY OF THE ROVERS series of Young Adult Graphic Novels for Rebellion and has recently written the pilot episode of the JUDGE DREDD: MEGA CITY ONE TV series.