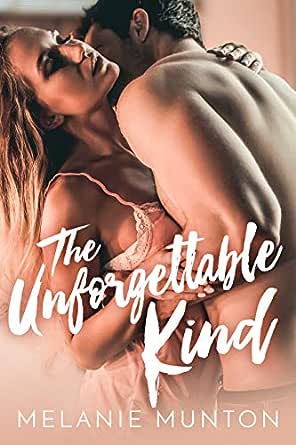 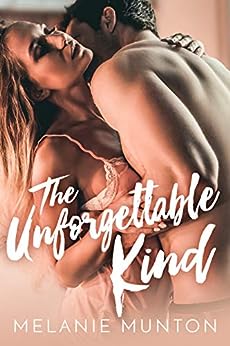 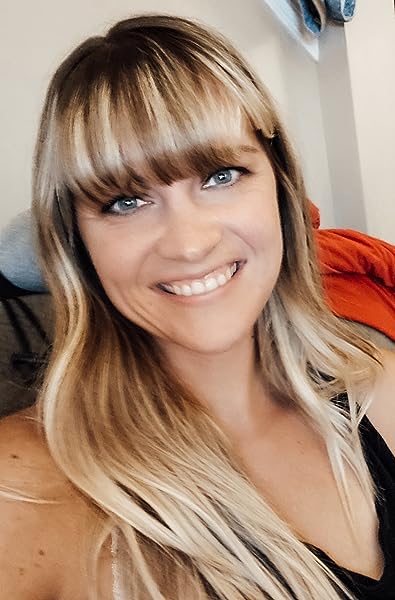 Audrey Friend
5.0 out of 5 stars Amazing read!
Reviewed in the United States on July 10, 2019
Verified Purchase
I absolutely loved this book! It grabs your attention and keeps you locked in! I love how it goes back and forth between Sam and Kade and their past! It was so good I couldn’t put it down, literally! And I can’t wait for the next book Brooklyn Brothers to come out! I love that their was a sneak peak of it at the end!
Read more
Helpful
Report abuse

sherri bay
5.0 out of 5 stars Love the characters and their story!
Reviewed in the United States on August 27, 2019
Verified Purchase
Great story!! Love the characters! Sometimes the back and forth threw but I understand the timing and referencing. Overall great story. I was totally rooting for them! Keep writing Melanie! Ready for next one!
Read more
Helpful
Report abuse

Cranky TBC
4.0 out of 5 stars Kept me interested from the first page to the last
Reviewed in the United States on July 15, 2019
4 Cranky Stars

Awww Samantha and Kade theirs was a love that was immediate and forever sadly life doesn’t always work out that way. She had a boyfriend, then a tragedy, then college, then a girlfriend I think you catch my point. They never stopped and now eight years later he is back and vying for a job next to her as a sportscaster. She’s angry and he just wants his girl back. She was his best friend after all and the love of his life.

Samantha AKA Sam is not your typical girly girl she loves football. She can name stats and players in her sleep so naturally her dream job is to be a sportscaster which is though in a male dominated field. Life is pretty good despite ending it with her fiancé Aaron. She’s making a name for herself and aiming for the coveted spot of broadcasting the Super Bowl. One day Kade Jennings shows up at the studio introduced as the new sportscaster and she is less than thrilled. Last time they seen each other Kade’s life was in turmoil and they hadn’t seen each other since. With her discovering the biggest scandal in football history and vying for that coveted position does she even have time to forgive Kade?

Kade Jennings new from the moment he laid eyes on Sam she was it for him. He held back all in high school and they finally got to have their moment in college only to have it ripped away. He’s made a name for himself in football and is now back to win his girls heart. He knows it won’t be easy and he’ll have to do a lot of groveling but he’s not above it. When she uncovers a scandal, he knows she’s in over her head and wants to protect her so he sets out to help her stay safe. The journey back to her good graces is long but so worth it in the end.

I loved how the author started in the present decided to put in the past between the current events. It gave us a good insight to the story of Sam and Kade. Their chemistry was palpable and jumped off the page. I found myself so many times wanting to scream just do it already which would have been against everything they believe in. They are a perfect match. I like that while this is a book about sports it’s not all it’s about. It’s about heartbreak and love. It has some mystery and drama and sexy times. My only gripe and I say this about a lot of books is the dragging out the inevitable talk they need to have. Spit it out and let’s get onto the good stuff. I’m glad I read this book it keep me interested from the first page to the last.
Read more
Helpful
Report abuse

J. Faltys
4.0 out of 5 stars Sweet & Sexy Friends To Lovers Romance That Leads To a Hard-Fought Journey to HEA....
Reviewed in the United States on June 25, 2019
Friends to lovers is a favorite theme of mine and is on sweet and sexy display in this tale told in dual POVs as readers get to see a delightful couple’s evolution from their first meeting in high school to their implosion in college and reunion later on. Along the way a memorable connection is formed and is then put through the wringer just as HEA seems within reach. Years apart doesn’t diminish their crackling connection though which makes for a sizzling reunion with answers and what-ifs just waiting to be discovered. Through each up and down I found this to be a romance full of heart and soul, one that’s easy to relate to, with just a few frustrations along the way.

Samantha Lawrence isn’t your typical high school cheerleader as she never remembers the cheers and would rather recite football facts than embrace her girly side. This is just one of the things that has her sticking out in more ways than one though as she’s also the daughter of the former football coach who cheated on her mom and left her reeling from the town’s shame. Her vast football knowledge also sets her apart and has her dreaming of a future far from home on tv sport’s shows. Being the girlfriend of the town’s golden boy is the one thing she’s done that keeps her in the popular crowd but it’s starting to feel stifling, starting to make her want something more. Her first meeting with new boy in town Kade is that something more as he arouses all sorts of fire within her. Considering her past though she’s not a cheater so it’s years before they act on the feelings brewing beneath the surface in a romance that barely begins before a poor decision pulls them apart. Now at the top of her field her past comes back to claim her in interactions that have Kade working hard to make amends. While chasing after a story he’ll be chasing after her, protecting her every step of the way, before he ultimately works his way back into her heart. From the very first Sam’s an appealing heroine, one who’s strong-willed and embraces her love of sports. I liked her outspoken nature too and her casual looks that showed someone more concerned with substance than style. When it comes to matters of the heart though it’s clear that Sam’s just going through the motions with her high school boyfriend. Her father’s infidelity has her keeping her heart guarded, waiting for the other to leave her first in a rather bland relationship that I really wanted to see end. The only time fireworks flew was in her interactions with Kade and from that moment on the sexual tension was unrelenting in a journey that had me rooting for them to finally give in to each other. It’s ultimately a frustrating journey with a few bumps along the way, bits of anger, that still had her standing strong while finally getting her richly rewarding HEA. Throughout that journey she continued to impress as a woman who embraced her sport’s side along with her feminine side that made for an interesting dichotomy.

Kade Jennings was just starting to make his mark in high school football when his mother’s infidelities led to he and his father moving to a small town to start over. He at first thinks it will be the death of him and his future football playing but the moment he meets Sam he feels invigorated and their relationship changes his life irrevocably. He knows immediately that she’s the one, despite her being with someone else, and he’ll flirt with her endlessly to show her how much he cares until the day she dumps her boyfriend. Until that day though theirs is a crackling connection teeming with sensuality that has them pushing each other to be better. Their interactions drew me to them and though I was immensely frustrated by the wait until they culminated their coupling, I found it well worth it despite all the fallout courtesy of Kade’s poor decision. With years apart, years that took him in lonely directions, he’s now back to win over the only woman to ever really matter to him in a tale that was sweet and sexy. Kade’s a delicious hero, one who charmed his way into my heart through his subtle and occasionally overt attraction to Sam. He’s not too arrogant, just self-assured enough, to admit he’s wrong and his protectiveness of Sam while she followed her sportscaster’s instincts endeared him to me and added to the satisfying conclusion.

On a whole this was an entertaining romance with a likable main couple whose connection sizzled. They were fun and flirty as friends, with interactions teeming with sexual tension before college life led to a more mature pairing that resulted in emotional ups and downs that tore them apart before Kade returned to put them back together. Theirs is a slow-burn romance that takes ample time to evolve, almost too much at times, and though I liked the strong foundation between them I had hoped for a bit more sizzle early on. I enjoyed these two as teens and rooted for them from that moment on in a journey that pulls at the heartstrings. Surrounding this appealing main couple is an equally appealing cast of secondary characters. From Sam’s brother and her girlfriends to the other sportscasters they’re an eclectic group that we’re entertaining on their own, and in a few surprising pairings, that were a good support to the couple. With other romances just hinted at here Ms. Munton has me looking towards the future to see where she takes us next.
Read more
Helpful
Report abuse
See all reviews