You've subscribed to The Sinful Series! We will preorder your items within 24 hours of when they become available. When new books are released, we'll charge your default payment method for the lowest price available during the pre-order period.
Update your device or payment method, cancel individual pre-orders or your subscription at
Your Memberships & Subscriptions
There was an error. We were unable to process your subscription due to an error. Please refresh and try again. 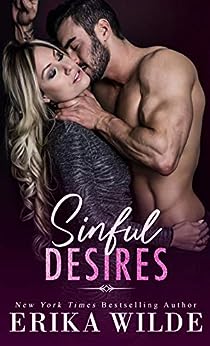 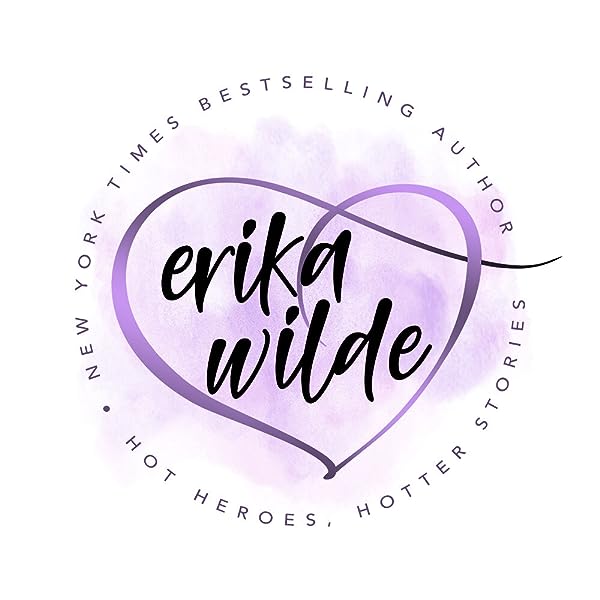 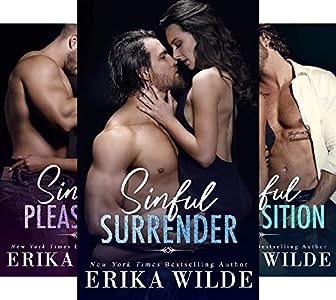 N. Royalton, OH Mom
4.0 out of 5 stars Fun, sweet take on a Rapunzel theme story!
Reviewed in the United States on April 7, 2020
Verified Purchase
This is book #4 in the Dirty Sexy Fairy Tales series and a take on Rapunzel.

The famous pop star Raevynn Walsh was hired to perform at the Wilder Way charity ball. From the outside she looks like she is living the glamorous life but inside she is dying. Rae would give anything to be able to take a break and do things that she would love to do and not what everyone is telling her she has to do. When the concert is over she is surprised to see Collin Donovan....the boy from her past who has never been far from her every thoughts. It turns out he works at the company that is throwing the charity ball. When Rae talks Collin she begs him to take her away from everything even if it only for a few days. She needs a break and he is the perfect distraction so they sneak off and drive to his parents beach house. It turns out Collin was Rae's high school boyfriend and he broke up with her when she was leaving to try her luck at singing professionally. Rae and Collin quickly reignited their chemistry and realized that they both had not moved on in their romantic lives because they still had feelings for the other. Could a few days together make Rae and Collin realize that the love and passion they felt seven years ago was still going strong? Rae will have to do some deep soul searching to figure out what it is she really wants out of life and will probably need to make some big decisions so she can find her happy ever after but in the end it a second chance at love never felt better.

I enjoyed these two characters and their second chance at love. It was a fun, sweet take on Rapunzel.
Read more
Helpful
Report abuse

Michele Ficht
5.0 out of 5 stars Sizzling!!!!
Reviewed in the United States on March 25, 2020
Verified Purchase
Unforgotten Passion was a sexy retelling of the story of Repunzel, and the fourth story in the Dirty Sexy Fair Tales series. What a great second chance love story that has so much sizzle, you won't be able to put it down. You will love Collin and Raevynn's story. Erika Wilde is such a great storyteller that you will be hooked from the opening page. I highly recommend this story and this series.
Read more
One person found this helpful
Helpful
Report abuse

PrincessThuy
5.0 out of 5 stars Loved this story so much.
Reviewed in the United States on March 24, 2020
Verified Purchase
Unforgotten Passion was such a sweet and sexy second chance romance with a very beautiful Rapunzel-like heroine. I finished this story in one day and then had to go back to the beginning to reread it again. It was just so great! I absolutely loved Raevynn and Collin. They had so much heart and lots of heat! You will definitely fall in love with this couple and this very adult fairy tale.
Read more
One person found this helpful
Helpful
Report abuse

Jennifer Gowdie
1.0 out of 5 stars Boring
Reviewed in the United States on April 13, 2020
Verified Purchase
This story was so "blah". I had to wonder if this was written by Erika, the storyline was weak, there was no suspense or drama. The characters were weak and underdeveloped. This was so boring compared to the others book in the series. Very disappointed with this purchase. This book was a waste of my reading time. Erika was off in writing this story.
Read more
Helpful
Report abuse

Jacquie C M
4.0 out of 5 stars Sweet and sexy
Reviewed in the United States on March 29, 2020
Verified Purchase
Unforgotten Passion is a sexy take on Rapunzel, if Rapunzel was an overworked pop star with a domineering momager and a hidden longing for her first love. Raevynn and Collin are given an unexpected second chance to rediscover each other, and they make the most of their sweet escape. Their story was charming and steamy, and thoroughly enjoyable!
Read more
Helpful
Report abuse

Mary G.
5.0 out of 5 stars I love this fairy tale! Great story, Erica! 💓💕💓💓💓
Reviewed in the United States on April 7, 2020
Verified Purchase
I love this story about Raevynn and Collin! They grew up next door to each other. They were young lovers but pulled apart by her mother. Now 7 years later, they find each other again, just when she's ready to make some changes in her crazy life. Take this ride with them as they find their love again, stronger than ever! I highly recommend this book! You won't be disappointed! 💓💕💓💓💓
Read more
Helpful
Report abuse

Angie (L)
5.0 out of 5 stars An enjoyable tale ❤️ 😉
Reviewed in the United Kingdom on June 19, 2020
Verified Purchase
Raevynn & Collin ,grew up together his sister Avery who was Raevynn’s best friend , as they grew older Raevynn became Collin’s girlfriend he always called her Rapunzel on account of her long hair . Their relationship had to be kept secret from Joyce ,Raevynns mother who took pushy parenting to the extreme , not allowing her daughter much free time but from an early age Raevynn was constantly entering her into beauty pageants and when Raevynn showed promise as a singer she entered her in a major singing completion which she won and that propelled her into stardom . Their relationship came to an end when Joyce caught the two in a delicate position , she then blackmailed Collin into breaking their relationship something that broke their both their hearts . Joyce was adamant that nothing should get in the way of her plans for her daughter . Fast forward to a few years later Raevynn was now a famous singer who was now managed by her still extremely pushy overbearing mother Joyce , Rayvynn had been performing at The Fairy Tale charity ball held by the Wilder family . Unbeknown to Raevynn standing in the crowd watching her is Collin , after her set she leaves the stage heading for the exit feeling overwhelmed and exhausted she wishes that she could just go away somewhere and just be herself. She's stopped in her tracks when a voice from the past calls her name , surprised and delighted to see Collin it’s not long before they both realise that the strong feelings are still there . On the spur of the moment and feeling rebellious she asks Collin to take her away for a few days ,eager to do so ,he decides to take her to his parents beach house . After promising her body guards that he’ll take good care of her they set off , when they are alone once more It’s not long before the two rekindle what they once had . By now Collin feels he needs to confess to Raevynn what actually happened on the night they finished and the part her mother played in blackmailing him to break up with Raevynn . Naturally she’s angry and truth be known she’d always believed that Joyce had played a part in the break up . Now more than ever she realises that she must put a stop to her mothers interference and determined to confront her when she gets back . With their time away coming to an end Raevynn Is getting more assertive and gearing up for a showdown with her mother, but with her mother more interested in her daughters earning capacity can Raevynn finally stand up to her ? ........ As this is another story based on a fairy tale I suppose the ending shouldn’t be a surprise 🥰
Read more
Report abuse
See all reviews