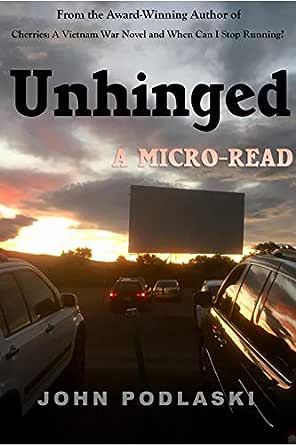 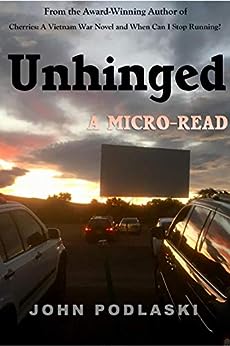 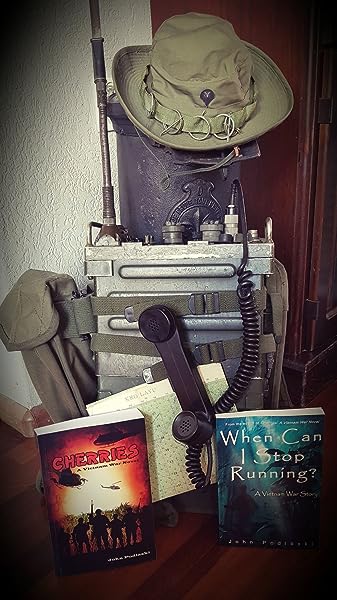 RoxB
5.0 out of 5 stars Made You Look!
Reviewed in the United States on September 1, 2020
Verified Purchase
Author John Podlaski knows how to grab his readers! Horror movies always scare me, and this story of Nick and Jerry's work adventure at a drive-in had my heart pumping. This story of two boys getting a full dose of fear with Night of the Living Dead in the dark, in the open is masterful storytelling.

John starts with I'm going to tell you a story type of attitude, and then BAM, you are right beside the boys. The set up is perfect. I don't want to spoil this one, but it worth your time, especially if this is your first John Podlaski book.

His style of writing enlists all the reader's senses. I liked this passage a lot as I could relate to the building tension rising like a meteor.

"The immense screen contributed to the realistic scene, almost like being a character in the movie. Captivated, both teens smiled broadly.

Thirty minutes later, screams echoed from vehicles behind them; the shrieks were mostly women, but a few men howled too in response to the movie. The boys considered this film uncharted territory, as previous horror movies like Godzilla, King Kong, The Blob, and The Mummy seemed more fake and humorous rather than scary. This movie, though, terrified them, as they both genuinely believed something like a zombie apocalypse could happen, even at the drive-in. Their anxiety levels spiked as the sounds of car doors locking and windows closing diminished the volume of scared screams from other patrons. Both felt extremely vulnerable out in the open. At the halfway point, a frazzled Jerry and Nick reacted to any sound heard behind them."

A great short. You'll get a sense of the writing talent of John Podlaski. I am a big fan and highly recommend this for teens and beyond.

TruthBTold
5.0 out of 5 stars He's Got A New Fan!
Reviewed in the United States on June 13, 2020
Verified Purchase
I began reading my first read by John Podlaski a couple of weeks ago but, due to my extremely busy schedule, I haven’t finished the read yet. So, I was pleasantly surprised to find that John recently penned and published a Micro Read! This was my chance to find out if this guy was worth his salt, but don’t be disappointed when I tell you the truth.

The truth is – this guy can write his buns off! This cute short **jule** took me 15 minutes to read and when I had to put it aside to take an important phone call, I found myself rushing through the call just to get back to finish it.

I don’t ever bother detailing what a story is all about (I mean, that’s what the blurb is for on Amazon), but, what I will dig deep into here, is letting you know that this Micro Read is so well-written and so good! I found not one single editing issue and the quick (and very interesting) story line … amaze-balls all the way! I felt like that 14-yr old kid running for his life! (That’s the only tease you’re getting from me, by the way.)

The one fault I found with the book was – he left me wondering what happened to Nick, the other kid in the story. I wondered, ‘How did this all end up with Jerry as the only main character?’ But, it was still a great read in spite of that missing detail.

Author, you got me believing in the bogeyman again! Thanks for nothing! LOL! Great job!
Read more
Helpful
Comment Report abuse

Shirley Harris-Slaughter
5.0 out of 5 stars Unhinged: Delightful and Laughable!
Reviewed in the United States on October 6, 2020
Verified Purchase
I thought I was having a deja vu moment with the opening of this story. That's because the background takes place in my hometown. The author was describing the east side of West Eight Mile Road close to Van Dyke and I lived way west of that near another drive in movie theater with the same name.

Its funny how the imagination can run rampant and John hits the ball out of the park with his interpretation of what happened to two boys hired at a drive in to clean up the place after each showing. While watching a movie "Night of the Living Dead" the author (John) describes what a frightening experience that was from the boys' perspective. I kept a smile on my face because the story described what I went through watching horror movies. John was able to describe the feelings that come with being terrified which I could totally relate to. And then they pretended when they talked to one another the next day, that none of it really happened. That is classic macho behavior.

Overall, it was a short and fun read which was totally relatable.
Read more
Helpful
Comment Report abuse

Gabby
5.0 out of 5 stars A well-written and enjoyable short read
Reviewed in the United States on September 6, 2020
Verified Purchase
The story begins with an engaging inquiry to readers: "Isn't it funny that when talking to others about something scary, everyone has a story of their own?" This line allures the reader instantly. On that Saturday night long ago, the main characters, two young adolescents, with zeal, accept an offer working at a drive-in theater as temporary cleaning-up crews, with a reward of a free showing of Night of the Living Dead as part of their compensation. Mr. Podlaski's brilliant writing style pens the main characters' various emotions, especially their fear, with an animated, severe, and yet hilarious fashion. The entire script reads like a pleasant conversation with good friends related to a fond childhood memory after a hearty meal. It's well worth the time and highly recommended for all ages.
Read more
Helpful
Comment Report abuse

Yvi MC
VINE VOICE
5.0 out of 5 stars Fantastic short story!
Reviewed in the United States on August 11, 2020
Verified Purchase
This was a fun micro-read for me! It took me straight back to my childhood days. Night of the Living Dead was one of the first scary movies my mom let me watch, and I remember my sister and I freaking out for days about every sound we heard at night. It also brought back memories of my sister and I getting lost and both trying to pretend to be brave for the other. Lol!

The author does a fabulous job of making you feel as if you are right there with these two boys as they work their butts off to earn a free movie only to get more than what they bargained for. It's a quick read, but it's definitely worth it. :-)
Read more
Helpful
Comment Report abuse

Joy Nwosu Lo-Bamijoko
VINE VOICE
4.0 out of 5 stars Men must be men!
Reviewed in the United States on July 7, 2020
Verified Purchase
I like the shorts. This one went down very quickly. Jerry and Nick, two buddies, both 14 years old had their own scary experience as children their age. After viewing a scary movie, in the dead of the night, they had to find themselves home through imagined perils. Still not one of them agreed to each other that the experience left them scared. They played tough, as they were expected to be, men.

This was a goodly story. Well written only for the fact that there was too much use of the past participle at one stage. Otherwise, I enjoyed it.
Read more
Helpful
Comment Report abuse
See all reviews