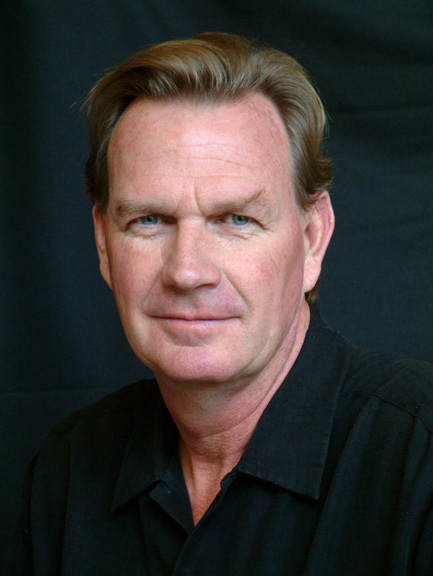 Unholy Messenger: The Life and Crimes of the BTK Serial Killer Paperback – June 1, 2010

by Stephen Singular (Author)
4.3 out of 5 stars 45 ratings
See all formats and editions
Sorry, there was a problem loading this page. Try again.

Behind a façade of Midwestern normalcy, Dennis Rader hid a life of bloodlust, sadism, and murder beyond imagining.

The upstanding family man, Scout leader, and church board president was well liked and trusted by his Wichita community.

Kansans -- and all of America -- would never recover from the truth: He was BTK, the madman who bound, tortured, and killed ten victims over the course of three decades.

Drawing on extensive interviews, including exclusive access to Rader's pastor and congregation, bestselling author Stephen Singular chronicles the horrific crimes, the investigation, the capture, and confession of BTK -- and, more deeply than any other account, reveals how his 2005 arrest shattered and challenged those in a circle of faith who thought they knew him best.
Read more
Previous page
Next page

"Just as the public was riveted to the BTK case as it unfolded on national TV, they will also be gripped by Singular's skillfully crafted story."

Stephen Singular has authored or coauthored seventeen previous books, including numerous New York Times and Los Angeles Times bestsellers. His titles include Presumed Guilty: An Investigation into the JonBenet Ramsey Case, the Media, and the Culture of Pornography; and Anyone You Want Me to Be: A True Story of Sex and Death on the Internet, coauthored with legendary FBI profiler John Douglas. Formerly a staff writer for the Denver Post, he lives in Denver. Visit his website at www.stephensingular.com.

Chad Cox
1.0 out of 5 stars The author is a political hack. Don't waste your money.
Reviewed in the United States 🇺🇸 on September 21, 2013
Verified Purchase
This book was full of detailed accounts and lots of insight into Dennis Rader. I was hoping for that because it is so hard to understand a guy like him - someone that is so "normal" in how he conducts himself day to day. You wonder if someone you know is like him. I'm good with that part of the book.

What I'm not good with is the hard left the book took at some point. The psychiatrist that analyzed Dennis Rader basically said that all men have these thoughts. Wrong - I don't. He also said that because Dennis Rader was conservative, that he could not express his inner thoughts and that being conservative made him keep it in and act upon it. He went on to say that if he were liberal, Dennis would have run to the nearest clinic the very minute these thoughts invaded his head and sought treatment, and none of this would have happened. Wow - what a leap. This guy is a PhD and does not know what the word conservative truly means? He's applied the political definition to the term. Wow - a slam on religion.

Did he realize that he declared that deviant behavior was within all of us and that we choose to let it out or contain it? So, how then does he explain homosexuality?

Oh, and we even heard the long held belief castigated by an agenda driven media that torture had conclusively, beyond any doubt, taken place at Abu Graib. It was thrown so casually in as if it's accepted as fact. All I remember is degrading photos. That's the definition of torture? What about all the beheading videos? The left never said those were torture - nope, these people were angry because America was too pushy and George Bush, along with 111 elected democrats who voted for the Iraq resolution, marched into war on lies about weapons of mass destruction. Somehow that whole debate made it into this book. What a waste of money.

I took pleasure in throwing this book in the rubbish. The book is wrong about why Dennis Rader did what he did. It's not because he was raised "conservative" or because he had faith. It all happened out of pure evil.

Kathy L. Scholl
4.0 out of 5 stars Interesting Book
Reviewed in the United States 🇺🇸 on May 11, 2008
Verified Purchase
Gives a lot of insight into the mind of a deranged killer. Proves that we never really know anyone, even our closest friends and family members.
Read more
One person found this helpful
Helpful
Report abuse

Kevin Brock
2.0 out of 5 stars BTK is a fat, bald loser
Reviewed in the United States 🇺🇸 on September 4, 2006
Verified Purchase
Well the book was alright but I just don't find Dennis Radar, the BTK, interesting. He is just a fat, bald, ugly, boring guy who killed a few woman and masterbates alot. Aside from the killing part, that probably describes most of the people reading this book, including me.
Read more
7 people found this helpful
Helpful
Report abuse

Mark Stevens
VINE VOICE
5.0 out of 5 stars A Close, Careful Examination of Depravity
Reviewed in the United States 🇺🇸 on October 20, 2009
"Unholy Messenger" provides much more than a true crime re-telling of one of the most frightening serial killer attacks in American history.
Stephen Singular takes the hard road of reporting and gives us a thorough portrait of Dennis Rader from all perspectives--his upbringing, psychological makeup and religious beliefs. "Unholy Messenger" is not just crime and cops, it's a thorough look at the layers of American life and how they may have come to bear on one extremely warped individual.

Singular's approach is exhaustive and, in the end, you are left with an eerie glimpse inside Rader's evil mind. It's not a fun place to hang out. "Unholy Messenger" offers a vivid portrait of an individual who went to great lengths to repress his homosexuality and even greater lengths to express his "barbarically anti-female" view of the world.

Contrast is what makes the "BTK" case so incomprehensible--a family man and prominent church leader who managed for three decades to keep hidden a sporadic series of horrific murders in and around Wichita, Kansas.

There's plenty of material in the murders and the years and years of fruitless investigations as "BTK" surfaced off and on for decades. Singular doesn't skip any of this, including a gripping account of the psychological cat-and-mouse game that police played with Rader prior to his arrest in 2005.

With his razor-sharp writing style, Singular does two things in "Unholy Messenger" that elevate this above the average true-crime rehash.

First, he details the strict and pervasive religious environment of Wichita and the religious teachings of Rader's church. Religion isn't just a backdrop--something mentioned in a few paragraphs in the scene-setting stuff and then forgotten, it's interwoven into the entire tapestry of the book. Singular includes a compelling portrait of Pastor Michael Clark, who probably knew Rader better than anyone outside his home (or maybe better than anyone at all, given what little we know about Rader's wife, Paula). Two days after Rader's arrest (on a Friday), Clark had the unenviable task of delivering a sermon for his congregation to help them comprehend (perhaps to help himself comprehend) how one of their own church "leaders" could also have committed such heinous acts--and kept them hidden for so long. When Singular includes the text of the sermon word-for-word, non-judgmentally, it's compelling stuff. (Not surprisingly, the arrest of Rader is seen by Pastor Clark as an opportunity for renewal and healing: "Let us become the strong in faith, in love, and in hope.")

Second, Singular includes compelling commentary from experts to help us understand Rader's exceedingly complex mental makeup--one part fastidiously organized and based in doing the right things, the other uncontrollable, unacceptable and wicked beyond belief. Singular checks in with a variety of psychology experts and scientists for the current scientific thinking that would explain one man's ability to manage such disparate, sharply contrasting lives.

"Normally, I'm a pretty nice guy," he told the investigators. "I'm sorry, but I am. I've raised kids. I had a wife, president of the church, been in Scouts. It goes on and on and on, but I have a mean streak and it occasionally flares up."

"Unholy Messenger" takes a close look at one of the most depraved series of crimes in modern times. The book makes us wonder if our institutions--state, church, science, health, education, and the media--are doing everything they can to prevent a reoccurrence.
Read more
One person found this helpful
Helpful
Report abuse
See all reviews

Budgiegirl
4.0 out of 5 stars Four Stars
Reviewed in Canada 🇨🇦 on October 18, 2016
Verified Purchase
Good report on a piece of filth. Singular is a good writer and makes the tale tolerable to read.
Read more
Report abuse
See all reviews