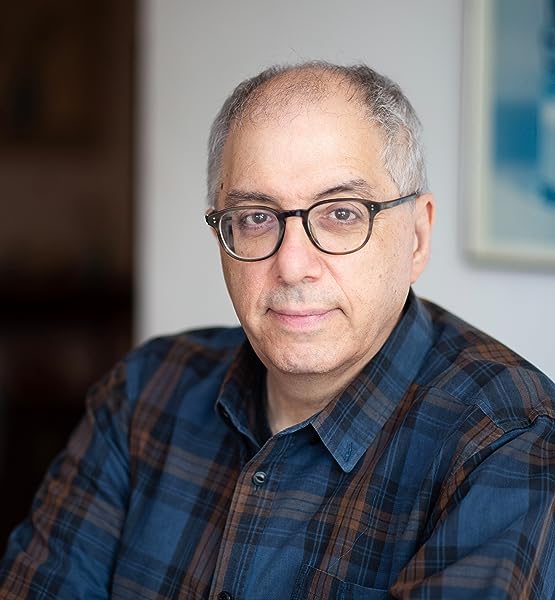 Start reading The Unicorn's Secret: Murder in the Age of Aquarius on your Kindle in under a minute.

4.0 out of 5 stars
4 out of 5
26 customer ratings
How does Amazon calculate star ratings?
Amazon calculates a product’s star ratings based on a machine learned model instead of a raw data average. The model takes into account factors including the age of a rating, whether the ratings are from verified purchasers, and factors that establish reviewer trustworthiness.
Top Reviews

jalex
4.0 out of 5 stars Interesting book about an enigma
Reviewed in the United States on March 27, 2020
Verified Purchase
I always wondered what anyone, especially women, saw in Ira Einhorn. Pictures of him have him looking like such a slob, even for the 70's and 80's. He must have a heck of a personality. This was a good book about the murder of a young woman who was involved with the wrong man. The book ends with him still a fugitive, and I wish the author would have updated it to show his arrest , trial and imprisonment.
Read more
One person found this helpful
Helpful
Comment Report abuse

Dan Bogaty
5.0 out of 5 stars Absolute Must Read True Crime
Reviewed in the United States on September 12, 2012
Verified Purchase
THE UNICORN'S SECRET by Steven Levy is a professionally written and extraordinarily researched true crime book. The main players are Ira Einhorn, known as the Unicorn, and his long-term girl friend Holly Maddux, a girl from a mid-sized town in Texas, whose upbringing was 180 degrees from Ira's. In my opinion the best true crime contains no melodrama, no asides or attempts on the part of the author to make himself part of the story, no filler and no repetition. This book meets all of those criteria and more, particularly in that it is no rush to print, Levy being interested in writing a quality book rather than turning out a load of weak crap to capitalize quickly on the hot case of the moment.

The story revolves around Einhorn, the hippie guru - as proclaimed by the press and by himself - of Philadelphia in the 60's, and an advocate of New Age 70s self-absorption, whose interests turned to paranormal physics: the study of the power of the mind along with interests in mind-control and UFOs, among others.
Einhorn was a kind of genius, able to quickly read and retain vast amounts of material on a widely eclectic variety of subjects. He was an organizer/promoter of large counterculture events such as Philadelphia's Earth Day celebration in the 60's. He was widely respected as and entertaining speaker; he was a facilitator of positive interaction between the hippie/underground political movements and the establishment and actually worked on kind of a contract basis for Bell Telephone, among others, for a long while. He was in demand as a college lecturer, basically teaching "Ira". When asked to describe him, people just said, "He's Ira", a unique, friendly, and prominent individual.

But Ira was also overbearing, self-aggrandizing, narcissistic, physically dirty, promiscuous, and though he'd never have admitted it, overtly misogynistic. He was known to be verbally abusive and generally condescending to the women who got involved with him.
Ira's considered opinion was that he was smarter and "more enlightened" than all but a few of his contemporaries. Therefore, in his world, a lover who would object to Ira's "open relationship" concepts (though only open for Ira), an acquaintance who complained about his smell; an observer who confronted Ira about his need to always be the center of attention; or a listener who, unlike many, refused to be intimidated by Ira's pronouncements, which were often no more than New Age B.S., and questioned Ira about his blather - these people would be dismissed by Ira as being too unenlightened, to understand the genius, and therefore the inherent entitlement of the Ira the magnificent.
While he was in many ways gifted, he comes across as a basically unpleasant personality, something he was probably aware of himself, because though he preached hippie love and social enlightenment, he divulged nothing of his personal emotions. He was in many ways a massive fraud.
As Levy writes it, "Some people had heard rumors that (Ira) was violent to women. Many more had witnessed him verbally abusing women he was involved with. Almost anyone could see that he was unmistakably predatory in his approach to women he wanted to make love to. And one would have to be blind to miss the fact that behind his disarming friendliness lurked an ego that did not operate in sync with the egalitarian spirit of the times. Charisma was his tool, but also his weapon."
One day in 1977, Holly Maddux disappeared, with Ira's explanations being inconsistent versions along the line of, "She went out for a pack of cigarettes and never came back."
This line of explanation, along with Ira's respected reputation in a widely varied spectrum of psychological and academic endeavors, collapsed when two years later Holly's body was found hidden in a steamer trunk on Ira's back porch. Ira's statement to the police detective on the scene was, "You found what you found." And his defense became that he'd had no idea that the body was there and that it must have been a plot by those in the world who were threatened by his cutting edge interests. And, Ira being Ira, an amazing number of gullible people seemed to believe it.

I won't reveal any more about the plot here, but I will say that 20 years later there were further developments in the Unicorn's case which are necessarily not in the book, but which are easily found on the Internet.

The amazingly detailed study of Einhorn's larger than life strengths and massively dishonest weaknesses will appeal to any reader who appreciates quality work.
This is not only absolutely top-of-the-line true crime, but also an in-depth look at the 60s and 70s counterculture that I think would appeal to a more general readership.
A MUST read for fans of the genre.

Kindle Customer
5.0 out of 5 stars EXCEPTIONAL
Reviewed in the United States on December 25, 2018
Verified Purchase
The novelist does rare exclusive interviews to bring his work alive. Riveting attention to detail, historical study and background; mastering the main character. Could hardly put it aside.
Read more
One person found this helpful
Helpful
Comment Report abuse

Avid Reader
1.0 out of 5 stars Boring
Reviewed in the United States on December 21, 2019
Verified Purchase
Boring as hell. Too much focus on Ira's activities long before Holly with minimal insight into Holly herself. Never got a sense of who she really was or her and her family's story.
Read more
Helpful
Comment Report abuse

Steven R. Dalin
4.0 out of 5 stars Four Stars
Reviewed in the United States on January 11, 2018
Verified Purchase
Interesting story that I admit I previously knew nothing about.
Read more
Helpful
Comment Report abuse

Kindle Customer
4.0 out of 5 stars Four Stars
Reviewed in the United States on February 14, 2018
Verified Purchase
I will read this again.
Read more
Helpful
Comment Report abuse
See all reviews from the United States