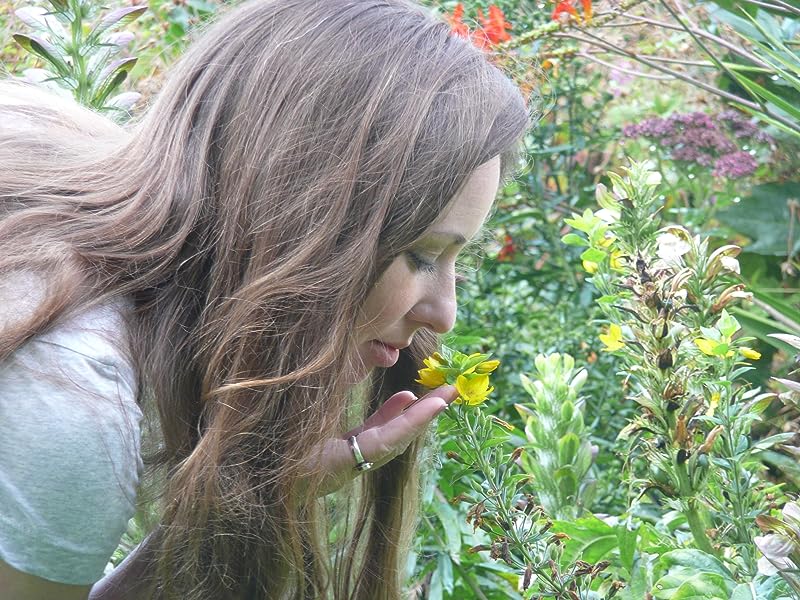 Lisa Stice received a BA in English literature from Mesa State College (now Colorado Mesa University) and an MFA in creative writing and literary arts from the University of Alaska Anchorage. She taught high school for ten years and is now a military wife who lives in North Carolina with her husband, daughter and dog. You can find out more about her and her publications at:
lisastice.wordpress.com and facebook.com/LisaSticePoet

Eric Chandler
5.0 out of 5 stars What I Took For Granted
Reviewed in the United States on December 13, 2017
Verified Purchase
My wife and I met while we were both stationed at Kunsan Air Base in Korea. There were a million things I didn’t have to explain to her because she was in the Air Force like me. After reading the book Uniform by Lisa Stice, I realize that I took too much for granted. Stice’s poetry made me feel what it was like to be isolated, confused, and worried as a spouse of someone in the military. I bet my wife felt a lot of the same emotions when I went downrange, even though she had time in uniform.
Much of Stice’s book is familiar to me and would be to anybody who served. The love-hate thing with Uncle Sam. The cycles of training and deployment. I find myself nodding in familiarity, but seeing it from a whole different perspective. A new perspective that should’ve been apparent to me for 20 years, but wasn’t until now.
In “Memo to the Wives” and “Corps Value” there’s a line that says childcare will not be provided. Events happen that should be a good deal to attend, but you can’t go because nobody can watch the kids. Nothing says service more than a Catch-22.
Stice writes “Where are you?” in a couple poems when hearing about accidents and injuries, hoping that her husband isn’t involved. “In Training” and “The Pit Opened Up” brought this up well. I’m not sure I understood how terrifying it is to just not know.
“Family Readiness”: I wrote a letter to my family to be opened upon my death. This poem made me realize what it must be like to know the letter exists and prepare for the possibility that it might be needed.
“Family Day”: Attendance not mandatory / but expected. Mandatory fun is definitely part of military life.
There’s a one-two punch in the book that had the biggest impact on me. In “Deployment Notices” Stice shares some platitudes that people say like, Some time we’ll have to / have you over for dinner. Sure, people say things that are well meaning, but when they don’t follow through, it sucks. My favorite poem in the book is “Words From Friends.” It’s the knockout punch of this combo. The last line is just killer. Your friends probably aren’t being intentionally mean when they say things, but that doesn’t matter. When you’re a raw nerve, unthinking comments have the same effect as malice. Buy the book. I’d buy it just for “Words From Friends.”
In “The Night Before Deployment,” Stice talks about her need to trust in the training her husband has received as he leaves. Then she laments, but where was my training? She had on-the-job training, I suppose. But you can learn from Lisa Stice. Call it your own training. Call it what you want. Just go read Uniform.

Kathleen M. Rodgers
5.0 out of 5 stars A military spouse speaks up in this moving collection!
Reviewed in the United States on February 8, 2017
Verified Purchase
In the introduction to the new collection, Uniform (Aldrich Press 2016), poet Lisa Stice says, “For Marines and their families, speaking up about frustrations is viewed as unsupportive and, sometimes, as unpatriotic. My husband can even face consequences for my speaking up.”
And so begins what Lisa calls “the long-needed conversation.”

The moment I heard about this new book over at the Military Spouse Book Review, I knew I wanted to read it. Although my husband, an Air Force fighter pilot, retired twenty-five years ago, I still identify myself as a military spouse. Like they say, once a military spouse, always a military spouse. If I could add a subtitle to this book, it would read, Uniform: How to Make Do. Because the military lifestyle requires that we make do with what we have…and sometimes with what we don’t have.

You don’t have to be a poetry snob or aficionado to appreciate this collection. Both the military spouse and the service member will relate to each offering. As for civilians, I highly recommend Uniform to those who care about our military and wish to understand our culture.

Kate Gaskin
5.0 out of 5 stars These poems are sharp, powerful, and well-crafted. ...
Reviewed in the United States on January 26, 2018
Verified Purchase
These poems are sharp, powerful, and well-crafted. As a military spouse, I saw a lot of myself in the pages of this book. I admire Stice's honest examination of the oftentimes unpleasant realities of being a "dependent" in today's military.
Read more
Helpful
Comment Report abuse

Timothy J. Bazzett
4.0 out of 5 stars A fine collection, highly recommended.
Reviewed in the United States on March 5, 2019
While I have read several excellent prose books (both fiction and memoir) by today's military wives - Siobhan Fallon's YOU KNOW WHEN THE MEN ARE GONE; Rachel Starnes' THE WAR AT HOME; Allison Buckholtz's STANDING BY; and Kayla Williams' PLENTY OF TIME WHEN WE GET HOME, to name a few - Lisa Stice's UNIFORM is, I think, my first poetry collection to deal with the worry, loneliness, fears and heartaches that often characterize the gypsy lifestyle of military life.

I served eight years in the Army, five of them married with children, so I found much here I could relate to, as did my wife, she perhaps even more so. I read several of these poems aloud to her, and she snorted in disgust at "Dress Code," remembering, then frowned thoughtfully at "Labor Day, " recalling her own stint in an Army hospital (where our daughter was born in 1978), with its rules and regulations, and how she was required to get up and mop her room the next day. But she was puzzled by the tone of isolation in "Deployment Notices" and "A Funeral for Our Own," noting that enlisted wives must have bonded better than officer's wives, because she always got a lot of support from her friends and neighbors in my absence. These poems and others made us both recall our fondness for the now-defunct TV drama, "Army Wives," which gave its viewers intimate looks at spouses of officers, NCO's and enlisted alike.

There is, however, an enormous chasm between our military experience and that of Stice and her Marine husband. We served in the Cold War era, while they are trapped in the "forever wars" of today. Our separations were strictly for training, while Stice has suffered through her husband's deployments to dangerous combat zones, often with weeks between contacts, as evidenced in "Long Distance" - "I have forgotten your voice / and the baby does not know you." But the poem which stopped me dead and choked me up was "The Night before Deployment," with its opening verse -

"I say, 'I need you to come back' / but you are asleep. / I think of the flak vest and helmet, / jump and dive gear, / weighted rucksacks / stacked in the living room."

And then, a few lines later -

"but where was my training? / I think of the tasks unfinished, / a toy box held togethr with clamps, / sockets without safety plugs, / cabinets and drawers free to open - / our daugher will crawl and walk / in the months you are gone, / and I need to protect her."

I had to give this one to my wife to read for herself, as we both remembered our own extended separations, and that emotional distancing that comes before you even actually part, which makes things even more wrenching. But I will not even pretend to compare our peacetime Army experiences to those families serving today, subject to repeated deployments to combat zones in distant lands. The poems here lay bare those problems - the fear, anger, frustration and loneliness.

UNIFORM is a slight book, as are most poetry collections, less than a hundred pages. A quick read, perhaps, but I have gone back over these poems several times already, as there is much to be learned from them. Poetry forces compression, conciseness, the importance of finding just the right words. Lisa Stice knows that, shows it here. This is a fine collection, packed with the most private and personal feelings of a Marine Corps wife. It needs to be read by people in high places, but I won't hold my breath on that. For my part, however, Bravo, Ms Stice. I wil recommend your work highly.
Read more
Helpful
Comment Report abuse

Philip Elliott
5.0 out of 5 stars A Damn Good Debut
Reviewed in the United States on November 27, 2016
This book is even more beautiful on the inside, and extremely well-structured. The poems, all centered around the theme of being a military spouse and its often oppressive, confusing and isolating consequences, are succinct, clever, musical and unflinching. This is a damn good debut, and I highly recommend it to anyone looking for a substantial and engrossing read.
Read more
One person found this helpful
Helpful
Comment Report abuse
See all reviews

Philip Elliott
5.0 out of 5 stars A Damn Good Debut
Reviewed in the United Kingdom on November 27, 2016
Verified Purchase
This book is even more beautiful on the inside, and extremely well-structured. The poems, all centered around the theme of being a military spouse and its often oppressive, confusing and isolating consequences, are succinct, clever, musical and unflinching. This is a damn good debut, and I highly recommend it to anyone looking for a substantial and engrossing read.
Read more
Report abuse
See all reviews