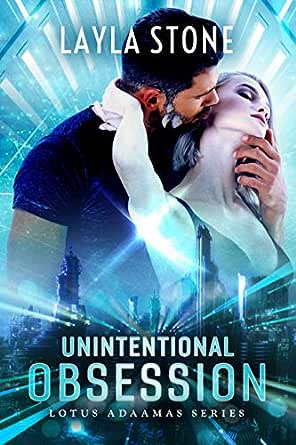 You've subscribed to Lotus Adaamas Series! We will preorder your items within 24 hours of when they become available. When new books are released, we'll charge your default payment method for the lowest price available during the pre-order period.
Update your device or payment method, cancel individual pre-orders or your subscription at
Your Memberships & Subscriptions
There was an error. We were unable to process your subscription due to an error. Please refresh and try again. 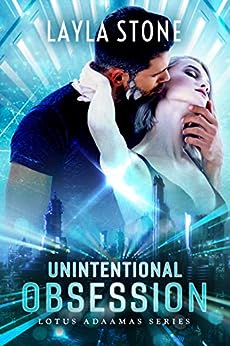 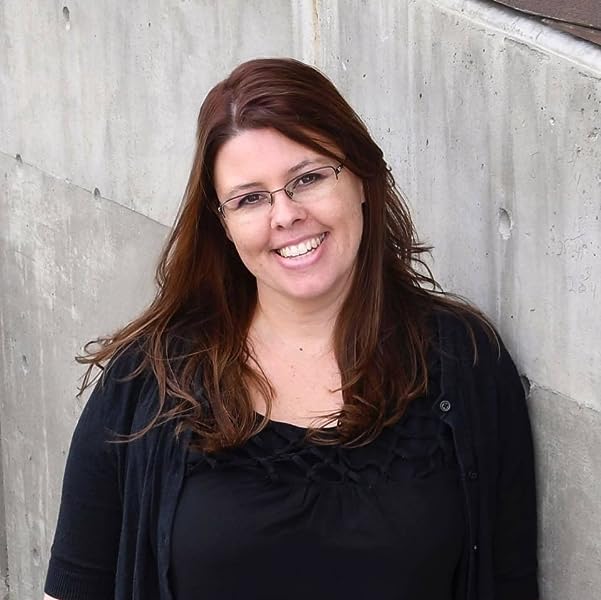 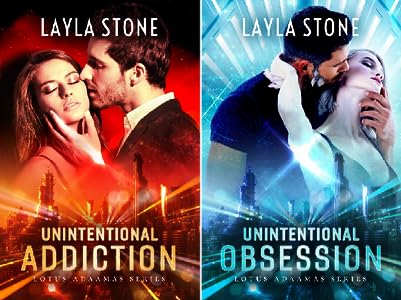 4.3 out of 5 stars
4.3 out of 5
26 customer ratings
How does Amazon calculate star ratings?
Amazon calculates a product’s star ratings based on a machine learned model instead of a raw data average. The model takes into account factors including the age of a rating, whether the ratings are from verified purchasers, and factors that establish reviewer trustworthiness.
Top Reviews

Sue Strong
5.0 out of 5 stars Tied together, of course they fall in love!
Reviewed in the United States on September 26, 2019
Verified Purchase
4.5 STARS: My favorite book so far from Layla Stone. The characters are well written with enough backstory to get their motivations. The opening is heart wrenching and you immediately feel for the male character and living in his world; the female is the one we have to figure out... this is a new tack from Ms. Stone and one that I especially enjoyed. Fun, horrific, clever, thought-provoking, and filled with great tech that needs to be invented NOW! I feel like some of the backstory of the Lumins could have been added as a reminder and a bit more fleshing out as to what the stuff is going to be used for... just a hint! It may be helpful to add a sort of glossary/map/timeline at the back of the book to remind readers of the different species and where they fit into the overall universe. I read a lot in different genres and have to remind myself who is who each time I pick up a Layla Stone book.
I received an advanced copy from Goodreads in exchange for my honest review. That being said, I also pre-ordered for my Kindle since I liked the ARC so much, and spent an insomniatic night reading it again. Pulled me right in on a roller coaster ride... Can't wait for the next book!
Read more
Helpful
Comment Report abuse

Jael
4.0 out of 5 stars Lotus Adaamas: Not somewhere you want to vacation...
Reviewed in the United States on September 27, 2019
Verified Purchase
Layla Stone's mind works in mysterious (and good) ways. The characters in her Unexpected and Lotus Adaamas series range from gladiators to telepaths to demons to commanders to mechanics with pixy pistols along the way.

Shine is a Night Demon forced by a more powerful Silk Demon to take on the care of Nara, a Terran. Nara has to complete jobs for Karr, the Silk Demon, before she can be freed, and she makes Shine suffer along with her. As before, the twists and turns of Layla Stone's mind will keep you guessing along the way.
Read more
Helpful
Comment Report abuse

BABS ROLFE
5.0 out of 5 stars VT. FAN
Reviewed in the United States on April 20, 2020
Verified Purchase
I'm obsessed with this world and all the characters in it. Once I open the first page I can't stop reading till the end. Great story line, dialogue, action and well done hot sex scenes (that are well placed and dont take away from the story)
Hope Karr gets a book. Highly recommend.
Read more
Helpful
Comment Report abuse

MechCat
3.0 out of 5 stars Lukewarm
Reviewed in the United States on September 26, 2019
I'm probably going to be harder on this book than I intend to. There were things I loved and things that I didn't.

Now I haven't read the previous book in this series. I felt that there were a lot of details left up to the reader to understand. I have no idea what a numan is - I still don't, best guess is that they're a science minded-human? The differences between the demons were not all that clear. There were silk demons and night demons. Near as I can tell the only thing that differentiates them is their appearance? Again I did not read the first book, perhaps that was all explained. New entries into the series don't seem welcoming to new readers let's leave it at that.

So, I really didn't care for the characters at the beginning of the book. They were both Nara and Shine, incredibly annoying and I could care less what happened to them. They grew on me though, like a fungus. The ending was far more promising than the beginning. I would potentially read more into this series. I would do so also in the hope that portions of world-building were expanded upon. To be fair, I am huge on world-building and setting in anything I read. I got a minor taste for it in this book and would really love to see it grow in other books.

Thank you to the author for the opportunity to read it!

Emily Pennington
TOP 500 REVIEWER
4.0 out of 5 stars Karr's Manipulation
Reviewed in the United States on September 25, 2019
Shine, a Night Demon, stood by the acidic ocean to wish his deceased mother a Happy Birthday. Birthdays meant a lot to Terrans, so he remembered her on that day each year. When he returned to his hover craft, Karr was leaning against it. Karr was a powerful Silk Demon, definitely not to be trusted. Karr handed him a bracelet and told him to put it on. Shine refused and Karr forced it on his wrist. A Grummer hovered in the parking lot and, when Karr waved to open the door, Shine saw a Terran with a phaser gun held against her throat by a Red Demon. Karr introduced Alieena -- who demanded to be called Nara -- to Shine. Nara was a wealthy, nasty socialite type with a very bad attitude. Shine was told he had to keep Nara with him each night and feed her. During the day, a driver would come for her and she would do work assigned by Karr. Until she finished his job he gave her, she could not leave Adaamas. If she tried to escape, the cuff will stop her. If the cuffs were broken, they would both be punished.

This wasn’t really an action-packed story. Poor Shine hadn’t done a thing to be pulled into Nara’s contract with Karr, so he was an innocent bystander! Nara was not a very pleasant companion, although it was Karr that manipulated the deal on her and put her in her untenable situation. Will Shine and Nara be able to find a way out of their predicament? Grab your copy and see how the two of them deal with Karr!
Read more
Helpful
Comment Report abuse

Tina Williams
5.0 out of 5 stars Fast paced and sexy sci-fi romance
Reviewed in the United States on September 26, 2019
If you are after a fun and sexy read with suspense and danger thrown in then this page turning read definitely ticks all the boxes. It is the second book in the Lotus Adaamas Series (the first being Unintentional Addiction which I have also read and recommend). Although the book refers to events and characters in the first book it can certainly be read as a standalone.
The book contains a strong female lead, the Numan Nara, and the Demon Shine, who we met in the first book. Both are forced together by the evil demon Karr who controls much of what happens on the planet. Nara and Shine have interesting if heart breaking back stories and on the face of it have little in common. Yet as circumstances get ever more dire for the couple they form an attachment and I was soon keeping my fingers crossed for their Happy Ever After.
I enjoyed the humour as well as the sexy scenes which were balanced by the danger and suspense represented by the heinous actions of Karr. The read also contains some clever world building through the descriptions, language and concepts introduced by the author.
Recommended for readers who love sci-fi romance containing quirky but loveable characters with a dose of danger.