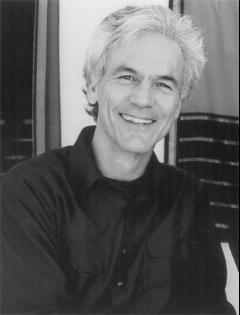 The Universe Is a Green Dragon: A Cosmic Creation Story Paperback – June 1, 1984

"Seldom, if ever, within the scientific tradition, has the excitement of the universe been expressed in such memorable phrasing.", Thomas Berry, Creation magazine

Brian Swimme, Ph.D., a specialist in mathematical cosmology, was educated at Santa Clara University and the University of Oregon. At the present time, he is the director of the Center for the Story of the Universe, a research affiliate of the California Institute of Integral Studies, in San Francisco.

4.2 out of 5 stars
4.2 out of 5
77 global ratings
How are ratings calculated?
To calculate the overall star rating and percentage breakdown by star, we don’t use a simple average. Instead, our system considers things like how recent a review is and if the reviewer bought the item on Amazon. It also analyzes reviews to verify trustworthiness.
Top reviews

Paige Ellen
5.0 out of 5 stars A grand celebration of the creation of the Cosmos
Reviewed in the United States on May 23, 2016
Verified Purchase
This book is a classic of modern spirituality based cosmology. I own a copy of the original, but bought this copy to use as a loaner to friends. This is the 22nd printing of what is now a planned 30 printings. The first printing was in 2001. Why mention all that information on the printing history of this book? Because it makes clear how popular and important this book is to cosmologists.
Brian Swimme is extremely well educated. He earned a doctorate in gravitational dynamics at the University of Oregon. He is currently the Director for the Center of the Story of the Universe, which is an affiliate of the California Institute of Integral Studies, where he also teaches. He has been mentored by Thomas Berry and his subsequent books, some co-authored with Berry, focus on the unfolding of this universe since the moment of the Big Bang.
This volume is both an early attempt at telling the "Universe Story", as well as a very inspirational book for those who read it. He posits a consciousness to the development of the universe, indicating to those who feel their life has no meaning or purpose, that of all the possibilities within the bounds of creation, the universe chose to conceive you, the one and only you who will ever exist. How can a person doubt that his/her life has meaning in the face of that point of view?
The book is set up as a dialogue between a wisdom figure, conveniently named "Thomas" and a questioner who is designated as "Youth." The youth questions almost everything possible about the cosmos and Thomas offers his answers. What is very special about this text and the words of Thomas is the celebratory nature of Thomas' answers. What is extremely creative, especially coming from a man trained in the hard physics of gravitational dynamics, is the notion that it is love that holds the universe together. Love is attraction and the moon continues to orbit the earth, yes, due to the laws of gravity, but as envisioned by Swimme, by love, by attraction. This notion expands the meaning of eros in the Cosmos to, well, universal proportions.
This book is a must read for those interested in the Cosmos, the story of Creation, quantum physics, and even, as I have found personally, to clinical psychologists and shamans.
Highest recommendation.

D. Craig
1.0 out of 5 stars No Dragons Here
Reviewed in the United States on May 1, 2020
Verified Purchase
This is New Age soup with no substance. For a mathematical cosmologist, I expected more enlightening hard evidence from Dr.Swimme instead of the endless rhapsodysing about the beauty of the earth and universe and the failures of the human race. That's Weekend Eco-Sensitivity Seminar 101. I'm sure he knows his stuff but it is not presented well here. The device of a dialogue between wise Thomas and feckless Youth is cloying and dishonest. Swimme is talking to himself and setting up his own Q&A for self confirmation bias. The metaphor of the Universe as Green Dragon was interesting, I kept waiting for development, but it didn't show up until the book's last paragraph when Thomas tells Youth "And dragons are filled with fire. Though there are no dragons, we are dragon fire." That's it. How disappointing. No dragons. I can't recommend this book.
Read more
Helpful
Comment Report abuse

C. Duvall
3.0 out of 5 stars Uh....what?
Reviewed in the United States on March 6, 2019
Verified Purchase
I had to get [and theoretically read] this book for a class.... I have absolutely no idea how anyone could like it, let alone finish it. No offense to anyone above or below me. But I was less than impressed.
Read more
One person found this helpful
Helpful
Comment Report abuse

Gregory Hatton
5.0 out of 5 stars Universal Wisdom
Reviewed in the United States on March 7, 2013
Verified Purchase
I only very recently discovered this book, on Christmas Day 2012 to be exact. I was continuing my search for others who sense this awakening to the Sacred Universe that has been radiating through me for years. I feel there is a new spiritual impulse forming and wrote a book about it myself as well. This book presents a good degree of what I have been sensing. I am glad I found it. It was written, I understand, somewhere around 1984.

This book is written as if a student and master were walking along with the master teaching and discussing universal truths with the student. While reading, I seemed to naturally visualize that the two were walking along a sandy shore of some tranquil ocean while the wondrous concepts, given in the book, were painted on the late afternoon sky. Obviously, to me at least, the teacher is Thomas Berry and the student is Brian Swimme, the author of this book. These gentlemen are two luminaries of the teachings of The Great Story, which is what this book is all about.

Swimme does a marvelous job at telling this Great Story to the reader, revealing that we are all really nearly 14 billion years old and are the emergent universe becoming conscious of itself. Using science told in a heartfelt way, Swimme takes us through history, from the big bang to now to try and fathom how it all has evolved. This is a must read for anyone trying to understand this. It is full of profound truths that bring us closer to ultimate reality.

CMACA
4.0 out of 5 stars New Ideas to Ponder
Reviewed in the United States on January 11, 2013
Verified Purchase
I liked this book which has some concepts I had not heard or considered before re: the creation of the Universe and explanations of gravity, etc. I've read a lot of quantum physics but this little book gave me a lot to think about. In fact, for the new ideas it presents, it could have been longer. When you pack a lot into a small space, it can be hard to digest. Still a great little book for those who like to really think outside the box.
Read more
One person found this helpful
Helpful
Comment Report abuse

kitty golden
5.0 out of 5 stars The Universe Might Not Choose to Save and Protect Us
Reviewed in the United States on August 19, 2014
Verified Purchase
Challenges our mind and hearts to be open to the universe in new ways. Introduces science an philosophy as valid ways for the average person to use to understand the worlds in which we live. Makes our petty political discussions seem petty.
Read more
One person found this helpful
Helpful
Comment Report abuse

K. Jackson
5.0 out of 5 stars Fantastic
Reviewed in the United States on March 2, 2014
Verified Purchase
An absolutely impassioned way of looking at the way the world and the universe works. It really makes you look at things different. You are connected and every inspired or lustful thought, and every point of fascination is proof of that. We all have an important role to play in this world. I appreciated that message more than any other. I tell you what, I'll never look at my janitor or my accountant the same again.
Read more
One person found this helpful
Helpful
Comment Report abuse
See all reviews

Pete
5.0 out of 5 stars Beautiful book for new perspectives on life and the universe
Reviewed in the United Kingdom on June 22, 2013
Verified Purchase
It's rare these days I read a book and can almost cry because it is so beautiful, but this is one of them. Clearly this book will be of most benefit to those on a journey of spiritual significance and those asking questions about life and what it all means. It presents ideas and concepts in such a way as to make them so easy to appreciate and it really does take your mind outside of the box. To come away from this book with an appreciation we are, in effect, all the products of the universe (and therefore 14 billion years old, since our component parts were created to some degree in the big bang) gives you such a unique slant on life; this is just one of many great ideas covered here. The writing style is informal but deceptively clear. I am not sure what the general population would make of this book (those not asking major questions about the universe) but I cannot rate it highly enough and it's one of only a couple of books I'll read a second time.
Read more
3 people found this helpful
Report abuse

A. Johannessen-Adams
5.0 out of 5 stars Comic creation
Reviewed in the United Kingdom on July 10, 2014
Verified Purchase
Not quite got through this book yet....may have to revisit it later.
Read more
Report abuse

wrick
5.0 out of 5 stars keeps on being good
Reviewed in the United Kingdom on September 21, 2014
Verified Purchase
have bought this many times to give to others
Read more
Report abuse
See all reviews

Page 1 of 1 Start overPage 1 of 1
This shopping feature will continue to load items when the Enter key is pressed. In order to navigate out of this carousel please use your heading shortcut key to navigate to the next or previous heading.
Back
Next
Pages with related products. See and discover other items: creation science, the universe of physics books