You've subscribed to Cole Twins Duet! We will preorder your items within 24 hours of when they become available. When new books are released, we'll charge your default payment method for the lowest price available during the pre-order period.
Update your device or payment method, cancel individual pre-orders or your subscription at
Your Memberships & Subscriptions
There was an error. We were unable to process your subscription due to an error. Please refresh and try again. 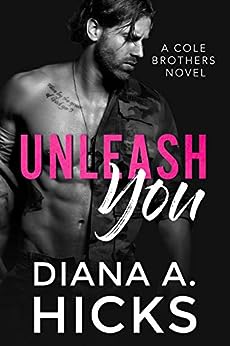 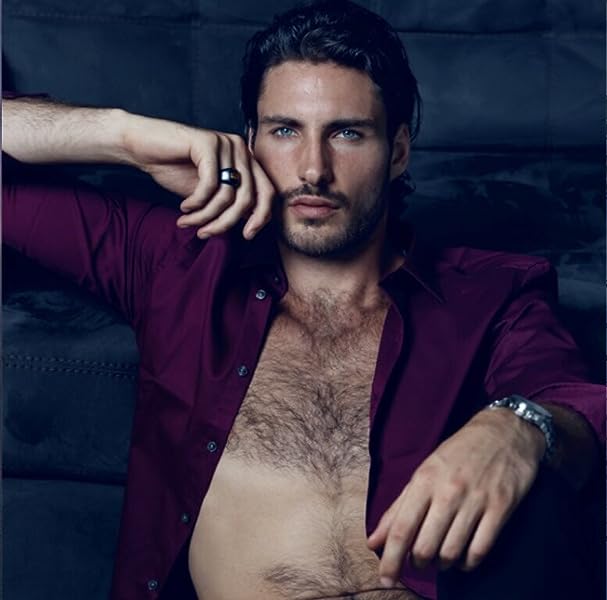 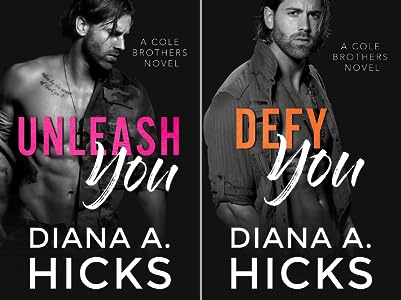 Beckyrae99 (Becky Wise)
TOP 1000 REVIEWER
4.0 out of 5 stars love it so much
Reviewed in the United States on March 11, 2020
Verified Purchase
Unleash You is now my favorite book in the Cole Brothers series. I love Wesley and Anabelle together. They have this spark that you can't deny at all. You feel the love even before that is so strong. I love Anabelle throughout this series. She is so sweet and has loved Wesley a long time. I love how she wants to search for her brother and get to know him now that she's adult. Wesley has this way about him. He is so protective of Ana and I love the length he goes to save form going after her brother. You will just fan yourself over this one. I can't wait for more to come.
Read more
One person found this helpful
Helpful
Report abuse

Sapphyria
VINE VOICE
5.0 out of 5 stars Another wonderful book in the Cole Brothers series
Reviewed in the United States on April 7, 2020
Unleash You is another wonderful book in the Cole Brothers series by Diana A. Hicks. Years after leaving her home, Anabelle Copenhaver comes finally returns. The place has caused such heartache and just when she thought things couldn't get any worse, there isn't anyone to greet her because her only living relative is missing. The absence of Ana's brother, Charlie, is exacerbated by the fact that Wesley Cole, the son of her family home's neighbors, is now in full control of Ana's estate until she turns 25. She doesn't need a babysitter, especially not the Cole brother has has always held a soft spot in her heart.

Wesley Cole feels guilty for the men he had to leave behind in a failed mission in Venezuela. He's been searching for Charlie since that fateful day but Charlie manages to keep evading Wesley's attempts. When Anabelle returns to their family home to discover Charlie missing, Wesley will do anything and everything to keep her safe. Except, safe is not what Ana cares about right now. She wants to infiltrate the harsh jungle of Venezuela to bring her brother home.

Unleash You is full of twists and turns, double-crosses, heartaches, and danger. The relationship between Charlie and Ana crumbled back when Ana was barely a teenager and she's tried so hard to put her life back together. She knows her brother changed eight years ago and felt that if he could just see her and let her explain that they could rekindle to relationship they used to have. Only, Charlie isn't the brother she used to know and trying to rescue him may cost Ana her life.

The author injects so much emotion into her Cole Brothers stories. I felt Anabelle's frustrations and her sense of loss. I felt her lack of confidence yet powerful yearning in regards to Wesley. The magic is there between the Ana and Wesley and the author unraveled their issues layer-by-layer. I was engaged in the story and couldn't put it down. The book is full of heart-pounding danger, along with the realization that some people just aren't who you thought they were and others are better than you could ever imagine.

The characters are realistic and imperfect. They are strong, heroic, and noble. They make mistakes, bad judgement calls, and put themselves in danger. Best of all, though, they love hard and true. The chemistry between Ana and Wesley is unmistakable. The sparks sizzle off of their skin every time they are together, whether right next to each other, or across the room. The book flows along perfectly paced, had a wonderful plot, side stories, and secondary characters. I could not put Unleash You down.

I was provided a copy of this book to read.
Read more
2 people found this helpful
Helpful
Report abuse

Sheila
VINE VOICE
4.0 out of 5 stars Love these two
Reviewed in the United States on March 12, 2020
This was a good fast paced romance that I really enjoyed. Wesley and Annabelle have known each other since Annabelle's family moved in next door to the Cole family's summer home. Wesley and Annabelle's brother Charlie because fast friends. Eight years after the death of Annabelle's parents and she's finally coming home.

This book was not at all what I thought it would be. It had love, heartbreak, and angst. It also had a twist I didn't see coming at all. Now I'll admit I haven't read any of the prior books. But if given the time I would have as I believe all of these books intermingle. Though I also believe they can be read as a standalone. Again though, there were a few twists that I think I would have understood better had I read the prior books.

I really loved this couple. Wesley may come off as an a** but he truly loves Annabelle and isn't afraid to show it. That is once he finally admits the truth to her. Annabelle loves Wesley and even though it takes her a moment she's not afraid to go all in. Now what I didn't care for was how niave Annabelle was. I know she had her own issues to deal with but it really bothered me that she couldn't see the real danger in front of her. Granted I didn't see that danger coming, but still. It's great to hope for all good but she just wouldn't listen. I'll admit I was surprised Wesley didn't see it right away either but then again he might have been in denial the whole time.

As I said, I enjoyed this story. I practically read it in one sitting. I now want Zack's story. I need to know why Rebecca kissed "him". *I voluntarily read an advanced copy of this book for my honest and unbiased review.*
Read more
Helpful
Report abuse
See all reviews