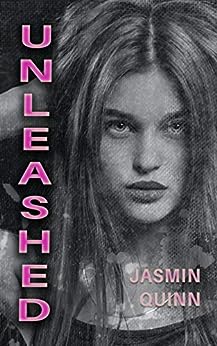 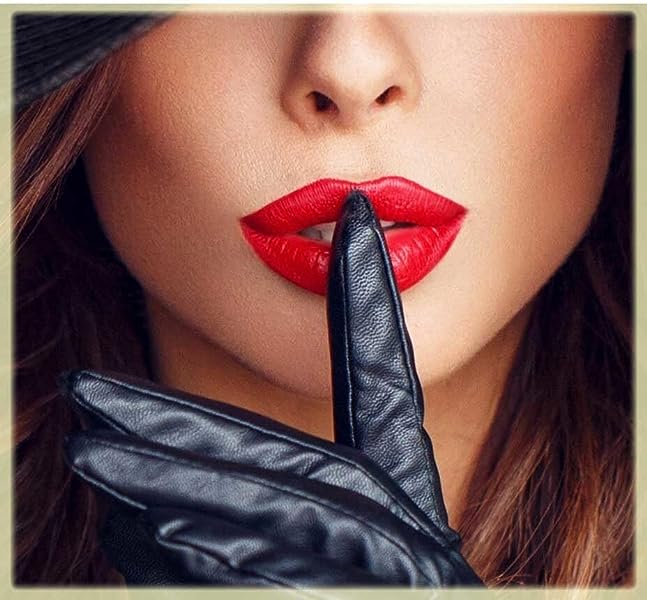 smalltownliving
5.0 out of 5 stars Highly Recommend
Reviewed in the United States on June 27, 2020
Verified Purchase
What do I even say? I'm not a gusher, so this is short. Unleashed transcends genre.

<Likable (I'd say lovable) heroine who is definitely Not a Mary Sue.
<Likable (hotter than Hades) hero who is 100% alpha and 100% faithful from when he lays eyes on her. Super bossy and sometimes inept at his first relationship, he is the male version of Not a Mary Sue. (What would that be? Not an Evan? Note to self: ponder later.)
<solid supporting cast
<mafia
<super bad guys
<white knight rescue
<H treasures the h (to the point she wants to poke his eyes out)
<princess saves herself
<and of course, because it's Jasmin Quinn, a swoony, sexy HEA.

This is a heartfelt, sometimes heartbreaking, but also fun and life affirming story of a young woman who has lived in a rigid environment since she was 11 and has not developed emotional maturity past that age. She is thrown, not out into the harsh world but into the life and home of a boss. Not like a mafia boss, just a boss. Not really any other term. I'm bored with alpha male. Anyway, the resulting clashes between her and people around her as she adapts to her new life and, slowly, develops a filter are hilarious. It does get heavy. There is suspense and violence and an evil doctor, but no assault.

This is not a short book, so don't start it too late in the day or you will be up all night. Read wisely.
Read more
2 people found this helpful
Helpful
Report abuse

Jayne Gibson
5.0 out of 5 stars A great new entry by Jasmin Quinn
Reviewed in the United States on June 25, 2020
Verified Purchase
This newest story by Jasmin Quinn is unique, interesting, heart rendering and exciting. I’ve long been a fan of Ms. Quinn’s writing and this book didn’t disappoint. It’s equally as good as any of her other writings, all of which I heartily recommend.

This is the story of Gem and Harlow. Gem, a lost young woman, living in abuse, confusion and isolation, with no memory of her past and Harlow, a hardened man, a man who has defined links to her unknown prior life. Harlow stumbles upon Gem in dire circumstances and sets out to help her. The story evolves from this point.

As is usual with me, I highly recommend the books of Jasmin Quinn. This one is an exceptional story, original and fascinating. Highly recommended.
Read more
Helpful
Report abuse

Kindle Customer
4.0 out of 5 stars Loved it...
Reviewed in the United States on June 27, 2020
Verified Purchase
This book was being recommended in one of the Facebook groups I am in and I can see why. Felt what Gem went through but to see that she pushed herself to grow as an adult after what she endured made this such a stellar read. Harlow was the right amount of alpha but with a touch of caring that she needed. It had its humorous moments and some where you're heart broke for her. All in all this was a great read and the first book from this author for me. I'll definitely be checking the rest of her catalog...❤️📚❤️
Read more
Helpful
Report abuse

Valerie Zazueta
5.0 out of 5 stars Amazing!
Reviewed in the United States on September 18, 2020
Verified Purchase
This was such a good story, I loved all the characters, the love for each other, lots of surprises, definitely recommend this book!
Read more
Helpful
Report abuse

Kali Strange
5.0 out of 5 stars Spicy and suspenseful
Reviewed in the United States on June 29, 2020
Verified Purchase
Love the backstory although her recovery seems a little unrealistic, it’s nice to dream. Took a while for the action to set in.
Read more
Helpful
Report abuse

Unleashed is the first book I have read from new to me author Jasmin Quinn. Going into the story I wasn't sure what to expect but overall it was a pretty good book. Gem is a pet, she has no memory of who she was before she came to live with Adrian because it was basically beat out of her. Harlow is Adrian's brother and after his death he finds out that his brother has a pet and may have been involved in human trafficking. Although the premise could have gone into very dark territory it wasn't at all. I thought the first 50% was very enjoyable and there were many funny moments. Gem has absolutely no filter she is basically tamed in some ways but can turn into a wildcat in the next. I loved the innocence she had. The second half of the book I felt the writing got a little sloppy and the characters became a little OTT with their emotions that to me felt forced. Overall while I did have issues I will definitely read another book by this author.
Read more
One person found this helpful
Helpful
Report abuse

Justirishgirl
4.0 out of 5 stars wants
Reviewed in the United States on September 19, 2020
This story included some of my romance book wants

SPOILERS INCLUDED BELOW
Jealous and possessive hero? Yes and the hero let it show especially towards the end of the story.

Sexy times? Yes but it took too long for my liking for them to do the deed. It wasn’t until around 70% of the story that the hero gave into the heroine and had sex with her. While I understood that he didn’t take the initiative due to her kidnapping and age, I still wanted him to be the one to pursue her and initially he didn’t. What was hot was not the first time that had sex but rather after the hero finally alpha upped and went after his woman. It took him being crazy jealous for him to do so and the results were sizzling.

Faithful to each other? Yes. The hero didn’t have sex with OW after meeting the heroine. She was a virgin when they met. Both were celibate during the approximate 6 month separation. I loved that he was not even tempted by other woman regardless of his long dry spell. My tolerance for cheating and manwhore behavior continuing after meeting the heroine is non existent. Thankfully neither one of those things were in this story.

There were some things I didn’t like. For one I didn’t like the separation. If it had to happen then it should have been brief. 6 months was totally unnecessary and made the story drag. Also as stated above it took too long for them to get together. I want the sexy times at least by 50% of the book.
Read more
Helpful
Report abuse
See all reviews