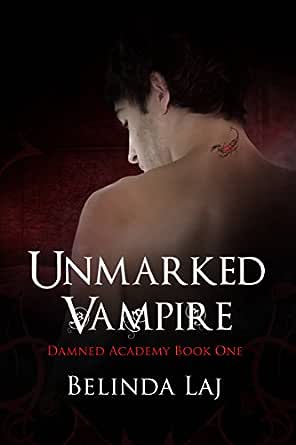 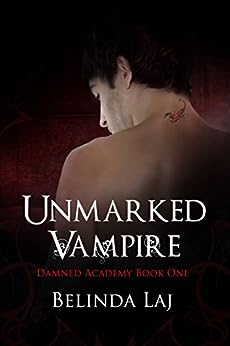 horrorgirldonna
5.0 out of 5 stars Julian Laurent is my new favorite vampire
Reviewed in the United States on March 27, 2016
Verified Purchase
Having yet to receive his full foray into vampire-hood, Julian spends most of his time studying and struggling at the Damned Academy, which isn’t easy since he doesn’t have his racial mark yet. Because of this, he’s also facing the scorn from the other vampires, demons, and other half-bloods at the school. Even worse, he’s on the outs with ex-girlfriend, Mia, mainly because he cannot remember her at all. There’s a lot at stake—literally! On top of all this, the subverts are hunting him and would like to see him dead and he’s own supernatural powers are increasing so fast he’s not sure he can control himself much longer. Thankfully, another vampire, Ray, will will finally help him understand what the racial mark really is.

Belinda Laj has created a wildly entertaining and unique new vampire world. I was hooked from the very beginning. Julian is interesting, angry, sexy, confused, and likable. This book was targeted toward teen readers, but I think adult vampire fans will love it, as well. I know I did!
Read more
2 people found this helpful
Helpful
Report abuse

Claire Belle
5.0 out of 5 stars Bravo Belinda Laj! Highly Recommend Unmarked Vampire!
Reviewed in the United States on March 30, 2016
I had never heard of Belinda Laj or her book Unmarked Vampire. I just happened to be scrolling through Twitter when I saw a tweet about Unmarked Vampire asking if anyone was interested in reading it. The small blurb about it intrigued me and I wanted to know more. I count myself lucky for being at the right place at the right time.
Unmarked Vampire grabs your attention immediately from page one. I am a huge fan of paranormal novels especially Vampire ones and I love to see the different spins authors put on the Vampire lore. Belinda Laj totally gave the old Vampire myth a new, cool and very different background than the ones we fans have already seen, where Vampires can be part Angel and Demon as well. The main protagonist is Julian Laurent. A nineteen year old, very angry and confused Vampire who doesn't even know what he is and can't even remember what happened yesterday , save that he experienced unbearable pain writhing on the floor of his bedroom wishing to die before he found him self in a coffin hyperventilating in horror.
Belinda Laj has created a very multi dimensional character in Julian. She perfectly captures the angst, stubbornness and even the lack of common sense that most teens are prone to.The description of the academy for Immortals where the story takes place is spot on. I could visualize the wet dreary stones of the dungeon like room Julian wakes up in.
She did such a great job of revealing the plot of the story layer by layer. It kept me intrigued until the final page!
I also couldn't believe that it was translated from Italian. It was almost flawless and nothing was lost in the translation. I am happy to know that Unmarked Vampire is a series and can not wait to read more from Belinda Laj's wonderful imagination.
Read more
One person found this helpful
Helpful
Report abuse

Ashamtly
4.0 out of 5 stars Just whe you think there's nothing to add to the genre... there comes an author
Reviewed in the United States on May 2, 2016
Just when you think there's nothing that could be added to the vampire genre, along comes and author that not only expands it, but also respects everything that came before it.
It certainly isn't easy, but it's something that Belinda Laj has managed to do in her Unmarked Vampire story.

I'm a supernatural junkie and love, more like adore the vampire genre; so I have pretty much read all of the classics and most popular books and series.
So when got the opportunity to read a book about vampires in exchange for my honest review, I basically jumped at it and started reading right away.
So what can I said about Unmarked Vampire other than the fact that I liked it, the book was fun and easy to read, with little to not typing mistakes and an excellent redaction; so I have to give kudos to the translator Jaqueline Skewes for a job well done.

As for the book itself, it was interesting reading this kind of story with a man as the protagonist; since the genre seems to have been mainly dominated by female heroes for the longest time.

That being said, I didn't find Julian that compelling or charming, whether the author planned for that to be the case all along, I do not know; half the time I found him kind of annoying and I couldn't well grasp why he reacted like he did to most of the things or people around him.

Julian's relationship with his sire, also reminded me a little of Anne Rice's works -which I love!- so there's that, and will surely be quite fascinated and entertained by it.

And while I truly enjoyed this book, it seems clear, at least to me that the author is gunning for a younger audience, what with the school setting, the romance that can be glimpsed at times and the overall feel that the book gives.

Raijean Mcfarlane
4.0 out of 5 stars I really enjoyed this book
Reviewed in the United States on March 26, 2016
I really enjoyed this book! I was given a free copy in exchange for an honest review and it is really well written and the translation is great. I don't think anything was lost in the English version. We start out with Julian feeling buried alive in a coffin and immediately I was drawn in. Julian was a little immature and irrational and he overreacted a lot in the beginning but as he learned more about the Damned Academy and himself he became more sensible. The author takes their time developing the story which I liked because she didn't dump information on you. That also caused it to start out a little slow but once things started to take place I couldn't put it down! I definitely recommend this book to anyone interested in it.
Read more
2 people found this helpful
Helpful
Report abuse
See all reviews
Back to top
Get to Know Us
Make Money with Us
Amazon Payment Products
Let Us Help You
EnglishChoose a language for shopping. United StatesChoose a country/region for shopping.
© 1996-2021, Amazon.com, Inc. or its affiliates