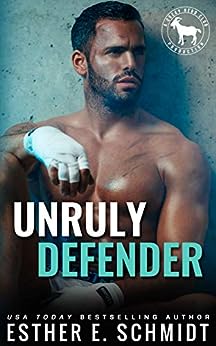 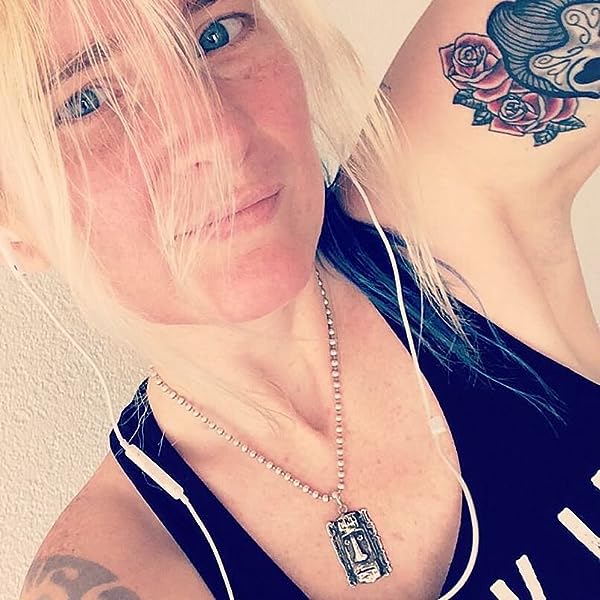 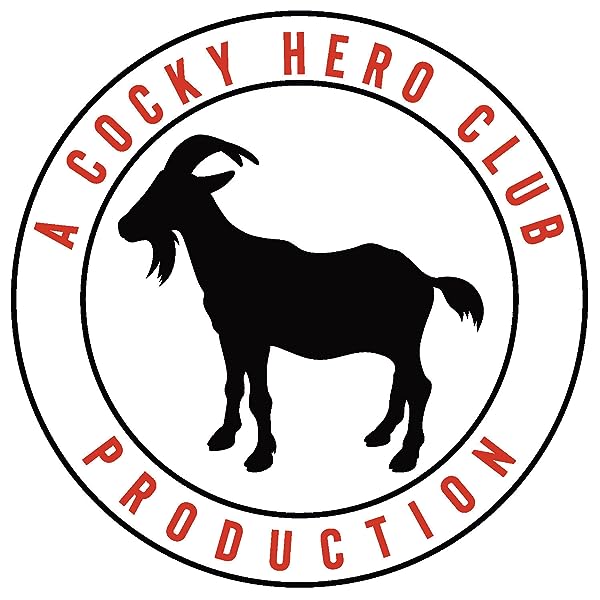 by Esther E. Schmidt (Author), Hero Club (Author) Format: Kindle Edition
See all formats and editions
Sorry, there was a problem loading this page. Try again.
A vow of justice.
A breach of silence.
A heart fueled by vengeance.
It all consumes the life of one Unruly Defender.

The first thing Eddie swore when he walked out of prison was that justice would prevail. He didn’t throw the first punch that landed him in prison, but he will make sure this time, he will be the last one to strike.

The twists and turns of Gracelynn’s life ended when she found new friends along with the perfect job. That is until the owner shows up and tips the balance of her life in a frustrating, and eventually dangerous way.

With every heartbeat Eddie gets closer to unraveling a secret that took lives, and in the end will risk the woman who touched his heart. Life is full of surprises and unknowingly crossed paths, but emotions and vengeance are bound to collide into a deadly explosion. Will Eddie be the one coming out on the losing side again or is he willing to give up the one thing he wants more than his next breath? Vengeance or love? Justice or death? In the end, the choice might not be his.
Read more
Previous page
Next page

"Absolutely loved this book! My first by this author and won't be my last, off to find some more!" - Once Upon a Bookshelf

"This book is the MC romance that I would recommend it to anyone. I LOVE IT! I had a smile on my face while I was reading..." -  Nathathida, Goodreads reviewer

"Wow, just wow! I have sat and read this book in one sitting, I could not put it down!" - Lynne, Goodreads reviewer

"I loved the banter between Eddie and Gracy right from the start. They had amazing chemistry even though they were "trying" to be friends haha. This book kept me on my toes wondering what was going to happen next with both the MC and Gracy's past." - Katie, Goodreads reviewer

"I love the Unruly Defenders!! This story was just so very good and so well written!" - Stacy, Goodreads reviewer

wendy s hodges
5.0 out of 5 stars exciting and thrilling
Reviewed in the United States on June 14, 2020
Verified Purchase
So exciting and thrilling, this story is Esther at the top of her game, focussed on her characters and a plot that doesn't stop entertaining the reader. From beginning to end I absolutely loved not just Gracy and Eddie but all those that stood by their side with unwavering support, and Finn you can't leave him out, a character all of his own. If I could this book would be higher than a five, it had so much going on and it had love and romance done biker way but boy his words. They could melt the panties off any woman let alone Gracy. This is one of those stories that I feel my words just don't give it enough justice, but I'm not an author or that great with big or descriptive words, I review with my heart, always honest and if a book holds me and gives me the content and emotions I want then I'm happy. Some books give me way more than that and this is one of them. I freakin loved it.❤❤❤❤
Read more
One person found this helpful
Helpful
Report abuse

Linda Jones Diamond
5.0 out of 5 stars So freaking awesome
Reviewed in the United States on June 17, 2020
Verified Purchase
I absolutely love everything this Author puts out!! She never fails to draw you in as a reader. This is part of the Cocky Hero Club production. Me being a huge fan of Esther's this is my favorite.
Eddie wrongly accused ,out to prove his innocence, meets sassy independent Gracelynn. This is a insta love with a little slower burn but omg the story is fantastic. I love all the characters and fingers crossed my they'll get their book told too! It's one of those books you open up and you just don't want to put down! It's got suspense, some drama, some sexy bits and a whole lot of excellence! Freaking love it!
Read more
One person found this helpful
Helpful
Report abuse

Leslee Nevill
4.0 out of 5 stars Delightful and surprising read
Reviewed in the United States on October 18, 2020
Verified Purchase
This was a unique MC read, I don't think I have read one quite like it before. Eddie has just gotten out of prison after being set up. He heads home with a plan to get justice and his life back. So his first stop is to see his mom and get his dog back. The dog is a little slice of crazy, I cracked up every time the animal was on the page! What he didn't plan on was the smoking hot woman who works for his mom. Even though they are each attracted to the other, they form a friendship pretty quickly. When Gracy offers to help him, it really opens his eyes to what he truly wants out of life. He doesn't just want justice, he wants to truly live. To build a life with this amazing woman that came into his life like it was meant to be. I truly didn't know what was going to happen next, which is a nice change of pace for me. All I could do was strap in and hold on; see where the story was going to take us. I found this to a delightful and surprising read. It was quite entertaining and I can't wait to see what happens next in Unruly Protector!
Read more
Helpful
Report abuse

Lisa
5.0 out of 5 stars Loved it, what a great first book.
Reviewed in the United States on June 22, 2020
Verified Purchase
I’m not sure if there will be others, but this first book is awesome.

Eddie and Gracy have great chemistry and she is just sassy and crazy enough be the old lady of a MC.

After Eddie gets released from prison, he’s set on reclaiming his club and getting sweet revenge on the “brothers” who doubled crossed him. What he doesn’t count on is a woman, a drug cartel, murderer, and a dog who loves to hump stuffed animals.

The story comes together nicely and sets up some great secondary characters.

Loved this story as I do all of Esther’s MC books.
Read more
Helpful
Report abuse

VivLA
2.0 out of 5 stars DNF
Reviewed in the United States on June 30, 2020
Verified Purchase
I don’t know what it was, but I could not get into this book. I see a MC president as a bad arse and take no prisoners kind of guy. He has to be hard to get to the position of being Prez. I didn’t get that in this story, Eddie was too soft and didn’t come off as a leader. Gracelyn was too perfect from the beginning.
Read more
2 people found this helpful
Helpful
Report abuse

Fabiola Cadet-Destil
5.0 out of 5 stars Unruly Defender
Reviewed in the United States on October 31, 2020
Verified Purchase
A hero is wrongfully accused, came out to basically fell in grunt, snarling, witty comments with the love of his life. I laugh in some particular scenes, let's face those two couldn't stop fighting but when it counts? They didn't hesitate to stand with each other, they have faith, love and believe things will work out one day at a time. Author Esther E Schmidt did a phenomenal job with this one, and from the talks in the book, I'll be looking forward to the next one soon.
Read more
Helpful
Report abuse

Deb
5.0 out of 5 stars Eddie
Reviewed in the United States on June 23, 2020
Verified Purchase
From the minute I picked this book up I couldn't put it down! I laughed, I got teary eyed, I fell in in love with Eddie and Gracelynn. They are a perfect match for one another. I loved how we saw how strong Gracelynn is and she speaks her mind. She was destined to a an ol lady to Eddie. Eddie hot dang the man is not and a total package. I can't wait to see what happens next!
Read more
Helpful
Report abuse

Michelle K
5.0 out of 5 stars Really good!
Reviewed in the United States on June 14, 2020
Verified Purchase
I'm not usually super into MC and mafia-type books, but this one is definitely an exception! It is so well done, I absolutely loved it! The overall storyline was excellent. I loved the chemistry between the two main characters, and all the additional characters brought a lot of good depth to the story.
Read more
One person found this helpful
Helpful
Report abuse
See all reviews

Kindle Customer
5.0 out of 5 stars Ok book
Reviewed in Australia on October 24, 2021
Verified Purchase
I’m not a big fan of MC books but this one was ok.
I loved the connection Eddie and Gracy had from day one.
Read more
Report abuse

Debbie
5.0 out of 5 stars WOW!!!
Reviewed in Canada on June 20, 2020
Verified Purchase
What a totally awesome book!! I just absolutely loved it from beginning to end!! I can't wait to read the next book! A definite must read!! Happy Reading!!! :)
Read more
Report abuse
See all reviews