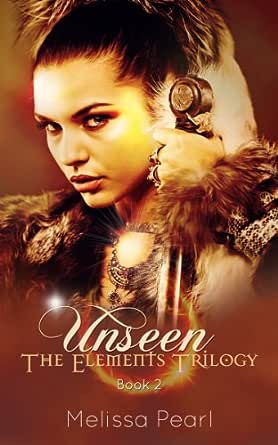 You've subscribed to The Elements Trilogy! We will preorder your items within 24 hours of when they become available. When new books are released, we'll charge your default payment method for the lowest price available during the pre-order period.
Update your device or payment method, cancel individual pre-orders or your subscription at
Your Memberships & Subscriptions
There was an error. We were unable to process your subscription due to an error. Please refresh and try again. 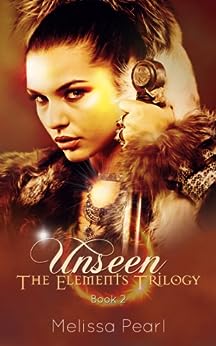 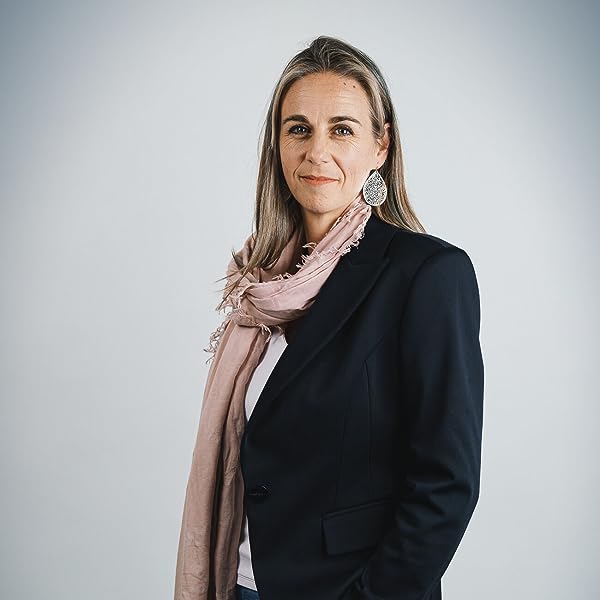 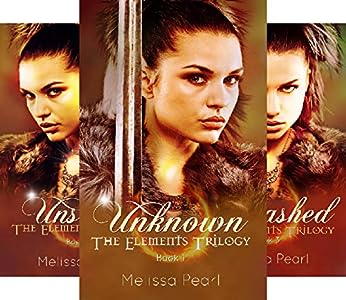 "This is one story that keeps getting better. The love and tension between Jethro and Kyla are so strong you can feel it coming off of the pages."
- Random Musesomy (Book Reviewer)
"Unseen is a gripping sequel in The Elements Trilogy filled with danger, action and a sweet budding romance."
- Sharon - Obsessed with Books (Book Reviewer)

AN UNSEEN TEASER...
"Jethro."
She waited for him to look at her.
"I knew I had no choice over whom I was to marry. When mother choseAthra, I was so relieved it was someone kind and not a hundred years old that Ididn't think to argue it."
She closed the gap between them. He wanted to back away, but she grabbedthe edge of his robe before he could. Pulling him towards her, she pressed herbody against him.
"But if I'd known what I know now," she whispered, "I would have fought,Jethro." She ran her fingers inside the edge of his robe, skimming his skin andsetting his muscles on fire. Her fingers came to rest at the base of his neck,and she gazed up at him with a look so open he could see into the centre of hersoul.
His lips parted in surprise. This, he had not been expecting.
"I know I would have lost the battle." She grinned. "But I would havefought...with a passion."
Her lips lingered below his, asking, begging to be touched.

Melissa Pearl was born in Auckland, New Zealand, but has spent much of her life abroad, living in countries such as Jordan, Cyprus and Pakistan... not to mention a nine month road trip around North America with her husband. "Best. Year. Ever!!" She now lives in China with her husband and two sons. She is a trained elementary teacher, but writing is her passion. Since becoming a full time mother she has had the opportunity to pursue this dream and her debut novel hit the internet in November 2011. Since then she has produced four more books and has a YA fantasy trilogy coming out this year. Unknown (The Elements Trilogy, #1) out now! "I am passionate about writing. It stirs a fire in my soul that I never knew I had. I want to be the best writer I can possibly be and transport my readers into another world where they can laugh, cry and fall in love." http://www.melissapearlauthor.com --This text refers to the paperback edition.
Read more

Gr8Mamaw
5.0 out of 5 stars Thrilling adventurous and romantic
Reviewed in the United States on June 20, 2016
Verified Purchase
I love this trilogy. It is full of romance and action. The characters are believable and have strong connections with one another. The story itself never gets boring or off tract. The writer is creative at finding ways to help you connect with the characters emotionally.
I would suggest this book for anyone over age 13 and looking for adventure

Kindle Customer
5.0 out of 5 stars Fantastic
Reviewed in the United States on August 1, 2016
Verified Purchase
Seems like all my books are rating high fives with this author. I am so happy that I read this series. Thoroughly enjoyed every moment.
Read more
One person found this helpful
Helpful
Report abuse

Kindle Customer
5.0 out of 5 stars Better than the first
Reviewed in the United States on May 25, 2016
Verified Purchase
Jethro and Kyla had their work cut out for them to fulfill the prophecy. People back home were betrayed and Tamaron seems lost. Now Kyla, Jethro and the children need to show faith was needed in Orons plan.
Read more
One person found this helpful
Helpful
Report abuse

Mssmel
5.0 out of 5 stars Just as Good as the First!!
Reviewed in the United States on March 7, 2015
Verified Purchase
The first book drew me in, now the second book has kept me just as hooked!! Already bought the next book!! Can't wait to see how it all ends!
Read more
One person found this helpful
Helpful
Report abuse

Kindle Customer
5.0 out of 5 stars Like the first book, another Great Read
Reviewed in the United States on July 11, 2014
Verified Purchase
This Elements trilogy series continues to contain action and suspense. The heroine has the perfect mix of attitude and skills. This is an excellent sequel and I will definitely purchase the 3rd book.
Read more
One person found this helpful
Helpful
Report abuse

Ryan
5.0 out of 5 stars Great
Reviewed in the United States on May 25, 2015
Verified Purchase
Another great adventure! I found myself only putting the book down a few times only to sleep. Can't wait for the next book!
Read more
One person found this helpful
Helpful
Report abuse

Kindle Customer
5.0 out of 5 stars Good, keeps you going until the conclusion
Reviewed in the United States on January 28, 2016
Verified Purchase
Four and a half would really express my feelings about this book. I really found this series fascinating throughout. Aside from the minor quibble of an annoying on-again, off-again romantic entanglement, I found this very engaging to read and really motivated me to want to read the next book.
Read more
2 people found this helpful
Helpful
Report abuse
See all reviews