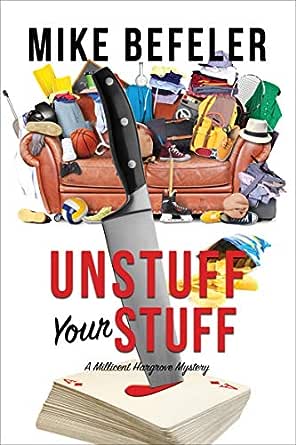 You've subscribed to The Millicent Hargrove Mysteries! We will preorder your items within 24 hours of when they become available. When new books are released, we'll charge your default payment method for the lowest price available during the pre-order period.
Update your device or payment method, cancel individual pre-orders or your subscription at
Your Memberships & Subscriptions
There was an error. We were unable to process your subscription due to an error. Please refresh and try again. 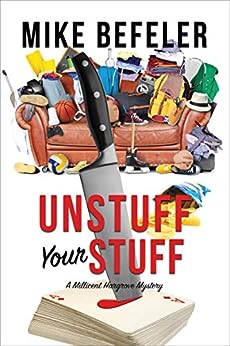 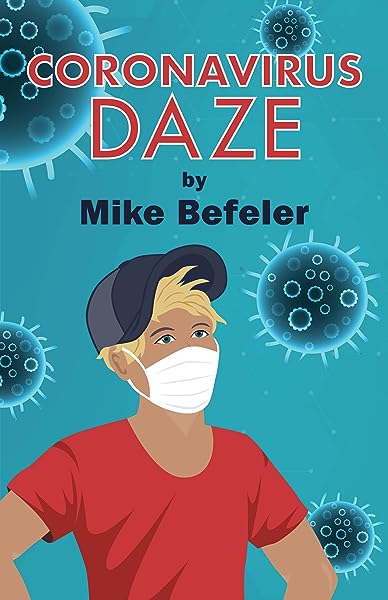 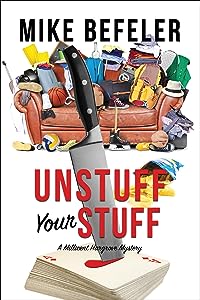 Mystery of the Dinner Playhouse

"The mystery keeps you guessing."--Kirkus Reviews

"Befeler's book is a humorous example of the new sub-genre 'geezer-lit.' Sometimes sad, but mostly funny, his tale of a plucky sarcastic 'old fart' will win you heart."--Mystery Magazine

"It's hard to beat a team that includes a wisecracking old fart and a straight-talking young sprout."--Kirkus Reviews

Mike Befeler is author of fourteen previous books including six books in the Paul Jacobson Geezer-lit Mystery Series: Nursing Homes Are Murder; Care Homes Are Murder; Cruising in Your Eighties Is Murder, a finalist for The Lefty Award for best humorous mystery of 2012; Senior Moments Are Murder; Living with Your Kids Is Murder, a finalist for The Lefty Award for best humorous mystery of 2009; and Retirement Homes Are Murder. He has two published paranormal mysteries: The V V Agency and The Back Wing; a theater mystery titled, Mystery of the Dinner Playhouse; a historical mystery, Murder on the Switzerland Trail; a sports mystery, Court Trouble: A Platform Tennis Mystery; an international thriller, The Tesla Legacy; and his most recent novel, Death of a Scam Artist. He also has a non-fiction book titled, For Liberty: A World War II Soldier's Inspiring Life Story of Courage, Sacrifice, Survival and Resilience (The Best Chicken Thief in All of Europe). Mike is past-president of the Rocky Mountain Chapter of Mystery Writers of America. After a thirty-nine year business career, he retired into writing. He grew up in Hawaii, spent many years in Boulder, Colorado, and currently lives in Lakewood, California, with his wife Wendy. If you are interested in having the author speak to your book club, contact him at. mikebef@aol.com, His web site is http: //www.mikebefeler.com. --This text refers to the paperback edition.

Karalee Long
5.0 out of 5 stars Clear out Clutter and Catch a Killer
Reviewed in the United States on November 19, 2018
Verified Purchase
I’m a big fan of Mike Befeler’s mysteries, and this Millicent Hargrove Mystery series is very entertaining. I greatly enjoyed Unstuff Your Stuff and meeting Millicent.
When Millicent Hargrove returns home from a bridge game with her friends and discovers her stamp-collecting husband dead on the living room floor with a knife in his chest, her happy, well-organized life crumbles into shambles. While sadness, depression, and police questions threaten to overwhelm her, she discovers what stuff she’s made of and decides to catch her husband’s killer.
No longer wanting to live in the house where George was murdered, she downsizes to a condo, and her friends suggest she should put her organizing skills to use and start a business clearing clutter out of people’s homes. She names the business Unstuff Your Stuff and formulates a how-to for ridding her clients of extraneous stuff.
She hires Ned Younger, who owns a moving business, to help her. His retired, widower father Ray is glad to have tagged along when he meets Millicent, but understanding what she’s going through, he doesn’t push her for a date. Meanwhile, strange men keep attacking and threatening her to give them a signet ring that she knows nothing about.
With cryptic words, poetry, microdots, and the inexpensive signet ring, Millicent, Ray and Ned solve George’s murder. And Ray finally gets a date with Millicent.
I’ll be using Millicent’s method for clearing out my clutter and am looking forward to more Millicent Hargrove mystery stories.
Read more
Helpful
Report abuse

C. N. Katz
5.0 out of 5 stars Couldn't put it down mystery
Reviewed in the United States on September 14, 2020
Verified Purchase
From the first page I was drawn into the story as more and more puzzling incidents occurred -- some scary and some laugh out loud hilarious. Recommend this for any mystery lover who wants to read an enjoyable intriguing story.
Read more
Helpful
Report abuse

Thomas E. Jones
5.0 out of 5 stars Great Mystery
Reviewed in the United States on October 9, 2018
Verified Purchase
I enjoyed the story with a good mystery with a humerus cast of characters. Once you are in to it, it's difficult to put it down. One of Mike's better books! We could all probably make use of Millicent’s talents.
Read more
One person found this helpful
Helpful
Report abuse

Helen BD
5.0 out of 5 stars Gripping
Reviewed in the United States on April 7, 2019
Verified Purchase
I could not out this down. Good mystery. I hope there will be another in this series. I've read all the geezer stories, the dinner theater story and the court trouble. I've liked all of them. Please keep writing!
Read more
Helpful
Report abuse

G. Heins
5.0 out of 5 stars An Unexpected Delight!
Reviewed in the United States on April 29, 2020
I met the author, Mike Befeler, when he spoke at a local public library about writing. I purchased the book to support him, and added it to my large pile of books to read. I picked it up last week with only the thought of having one less book in my "to be read" pile.

What a delight! I enjoyed the book tremendously! I liked the writing and the characters. I liked the mystery itself, Millicent's career as an organizer, and her interactions with the other characters.

I am now anxiously waiting for the next book in the series!
Read more
Helpful
Report abuse

Truckee Gram
4.0 out of 5 stars The Beginning of a Good Series
Reviewed in the United States on December 31, 2018
I first heard Mike Befeler speak about his Geezer-lit mysteries at the Left Coast Crime Conference in Reno, NV last March and vowed to try one. I’m just sorry it took me so long. Unstuff Your Stuff was a delightful read and would make an excellent addition to the Hallmark Movies and Mysteries lineup should they ever decide to make a Made for TV movie from it. The one deleterious side effect was a nagging desire to organize and clean out the cupboards, closets, and drawers in my house, which would have taken me away from reading. Needless to say I resisted the urge.

Thanks for an entertaining and fun-filled afternoon with Millicent Hargrove and her friends Mike. I’ll be sure to tell mine.

Bruce Rolfe
Read more
One person found this helpful
Helpful
Report abuse
See all reviews
Back to top
Get to Know Us
Make Money with Us
Amazon Payment Products
Let Us Help You
EnglishChoose a language for shopping. United StatesChoose a country/region for shopping.
© 1996-2021, Amazon.com, Inc. or its affiliates