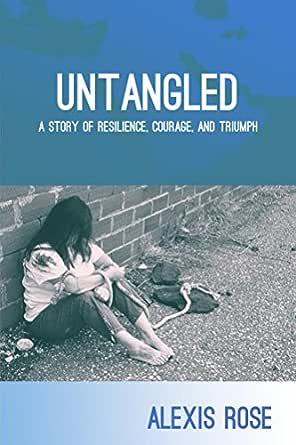 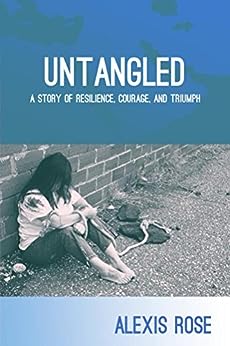 Untangled: A story of resilience, courage, and triumph Kindle Edition

4.6 out of 5 stars
4.6 out of 5
64 global ratings
How are ratings calculated?
To calculate the overall star rating and percentage breakdown by star, we don’t use a simple average. Instead, our system considers things like how recent a review is and if the reviewer bought the item on Amazon. It also analyzes reviews to verify trustworthiness.
Top reviews

Francie Nolan
5.0 out of 5 stars Couldn't Put Down
Reviewed in the United States on March 21, 2016
Verified Purchase
I discovered this book on the writer's blog. Although I don't normally read accounts of trauma because they tend to trigger me, I downloaded a sample and found the narrative so compelling, I bought the book.

This is an amazing story. I cannot conceive of how the author survived all she went through. An incredibly strong and resilient spirit! The memoir is well-written and the story flows easily. It was a couldn't-put-down book. When her husband tells the mother she has to leave the house at one point, I cheered. And cheered for the author all the way.

I connected with the author especially when she mentioned the physical pain that manifested at the same time as the unblocking of her emotions and memories. Highly recommended.
Read more
6 people found this helpful
Helpful
Comment Report abuse

Lady Quixote
5.0 out of 5 stars As a survivor of extreme trauma, I found this book validating, encouraging, & inspiring
Reviewed in the United States on October 7, 2016
Verified Purchase
What an inspiring story! As someone who has also survived a childhood and young adulthood of almost unbelievable trauma and abuse, I feel both validated and encouraged after reading UNTANGLED. Although the details of my particular trauma history are very different, the feelings, the PTSD symptoms, and the ongoing life struggles, are nearly identical.

My own memoir of survival has been a work in progress for years. I was in my early twenties when I first tried to put my story in writing. Today I am in my sixties, and the urgency I feel to speak my truth while I still can is very strong. But writing about these things, even after all these years, is HARD.

Since reading Untangled, I keep telling myself: “If Alexis can do it, I can do it.” And, guess what -- I am doing it!
Read more
2 people found this helpful
Helpful
Comment Report abuse

khale87
5.0 out of 5 stars Amazing, Heartbreaking, Raw, Honest
Reviewed in the United States on August 26, 2018
Verified Purchase
I’ve had this book in my cart for almost two years now. As a fellow survivor of trauma I wanted to read it so badly, yet knew I needed to be in a strong place to do so.

The day finally came today, and I was absolutely blown away by what the author had to say. As a reader, the beginning chapters are sometimes difficult to follow. As a fellow survivor I understand exactly why they are written in a choppy somewhat difficult to follow format. They describe not only the events that took place in the author’s life, but also how it feels inside a mind fractured by traumatic experience.

I applaud this author for having the courage to publish her story after the horrific situations she endured. It is a haunting, yet beautiful story that desperately needed to be told. I highly recommend it!
Read more
One person found this helpful
Helpful
Comment Report abuse

Lynn G.
4.0 out of 5 stars Scarier than fiction
Reviewed in the United States on February 16, 2017
Verified Purchase
It is scary to understand that this is a true story. The contrast in the lack of emotion, caring and tenderness Alexis grew up with, with the selfless doting and protection that most parents provide for their children is chilling. Add to that the actual physical abuse and actually turning their daughter over to ruthless killers and you have the formula for true psychopaths. The fact that Alexis survived all of that and, with some wonderful help from counselors is actually thriving now re-affirms that we all have an opportunity to overcome our past and our hurdles. Most people don't have to endure a fraction of what the author endured, so she is an inspiration to all of us. This would make a compelling movie.
Read more
2 people found this helpful
Helpful
Comment Report abuse

smbell
5.0 out of 5 stars More Than Courageous
Reviewed in the United States on August 16, 2015
Verified Purchase
The events that unfold within the pages of Untangled are difficult to read, yet I found myself unable to put it down! From the authors childhood to becoming an adult, she takes the reader into the perverse and powerful culture of torture and abuse that many cannot fathom. Confused and often alone, she faces more than the imaginable, displaying an unsurmountable amount of courage and strength to survive within a complex maze of secret forces, and unknown outcomes. Now, with her commitment to heal and live, Alexis Rose courageously shares her personal experience with a clear awareness, her words affecting the reader to think about them well past the last paragraph. This book exemplifies the true resilience of the human spirit and stirs us to realize just how much one can overcome!
Read more
5 people found this helpful
Helpful
Comment Report abuse

myrna chaplin
5.0 out of 5 stars A Fascinating Case Study of Complex Post Traumatic Stress Disorder
Reviewed in the United States on December 5, 2016
Verified Purchase
Untangled is a heartbreaking yet fascinating read. The narrative has a paradoxical quality. While Alexis Rose tells her story chronologically, taking the reader from early ritual abuse to later more nefarious victimization and finally to a self possessed adulthood, the story emerges through the her retrospective self-enlightenment. Rose is a natural story teller and has a command over language. The book was honest and intimate. The type of abuse Rose survived is rarely discussed. She sheds light on victimization involving the body and the mind. The mind control and programming imposed on her t left an unsettled impression. The dark sub-societies responsible for her abuse at first seemed confined to her parents’ circle of religious affiliates some of which were high standing community members. Things turn as she approaches adolescence. Her life becomes an uncertain existence, one minute hanging out with school friends and the next sent alone on a flight to face mind control and prostitution. As a young adult, the web of deceit and moral malignancy spans across the United States and later into other countries. Rose is careful in her presentation of these traumatic recollections. Instead of detailed descriptions of abuse and exploitation, she is an enlightened tour guide leading us back into her past traumas. Despite the severity of abuse, Untangled was highly readable and uplifting. Rose only grazes the accounts of abuse, yet maintains a suspenseful accounting of her psychological states throughout her trauma. Rose’s strength is the backbone of the story and carries us through terrifying terrain.

The story is both captivating and sincere. The author repeatedly turned to the epicenter of this destruction—her own mother—for safety. Most heartbreaking of all was Rose’s mother’s toxic narcissism and inability to feel compassion for her children. It’s hard to imagine one’s mother as orchestrator of such horrific trauma, yet repeatedly her mother set her up, negotiating and facilitating the conditions of her daughter’s abuse.

Rose finds a way out of the abuse but the effects of complex post traumatic stress disorder are enduring. The second half of the book describes the many influences trauma exerts on her adult life. While her resilience persisted and she found a loving partner and went on to have two children, her suppression of the traumatic events both haunt and threaten her psychologically. Juggling many roles Rose parlays her strength and ability to deny and repress her emotions. Despite her efforts, life becomes increasingly difficult to manage during her children’s teenage years when near tragedy strikes. Towards the end of the book Rose shares her healing through work with an acupuncturist and a trauma therapist.

Untangled is a fascinating case study of complex post traumatic stress disorder. It is also a portrait of personal fortitude and resilience. Alexis Rose is a highly likable narrator. Despite her complicated and painful early experiences she is admirable and relatable.
Read more
One person found this helpful
Helpful
Comment Report abuse
See all reviews

Miss A. Larios
5.0 out of 5 stars empathetic & truly wonderful person. I finally bought her memoir and I ...
Reviewed in the United Kingdom on April 18, 2017
Verified Purchase
After following her blog for a year, I got to know Alexis as a kind, resilient, empathetic & truly wonderful person. I finally bought her memoir and I don't regret reading it for one minute. I am truly in awe of her incredibly strong survival instincts after years of abuse, neglect & unimaginable torture.It is so incredibly sad to finally know the details of what Alexis endured but I am honoured to have been given the opportunity to be able to truly understand what an incredibly unfair childhood she was given. Most of all however, I realised that despite all the evil in this world, there are always beautiful, courageous people out there that give us hope and Alexis is definetely one of them!
Read more
Report abuse

SharonJayne
5.0 out of 5 stars Powerful and Hopeful
Reviewed in the United Kingdom on June 7, 2018
Verified Purchase
A truly powerful and hopeful account of healing from horrendous abuse. Written without sentimentality, and with simple honesty. There is always hope, no matter the horrors of the past, and Alexis Rose is living proof of that.
Read more
Report abuse
See all reviews