You've subscribed to Until! We will preorder your items within 24 hours of when they become available. When new books are released, we'll charge your default payment method for the lowest price available during the pre-order period.
Update your device or payment method, cancel individual pre-orders or your subscription at
Your Memberships & Subscriptions
There was an error. We were unable to process your subscription due to an error. Please refresh and try again. 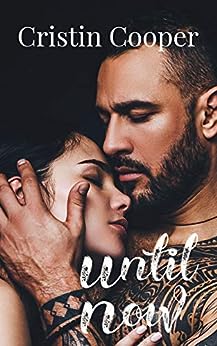 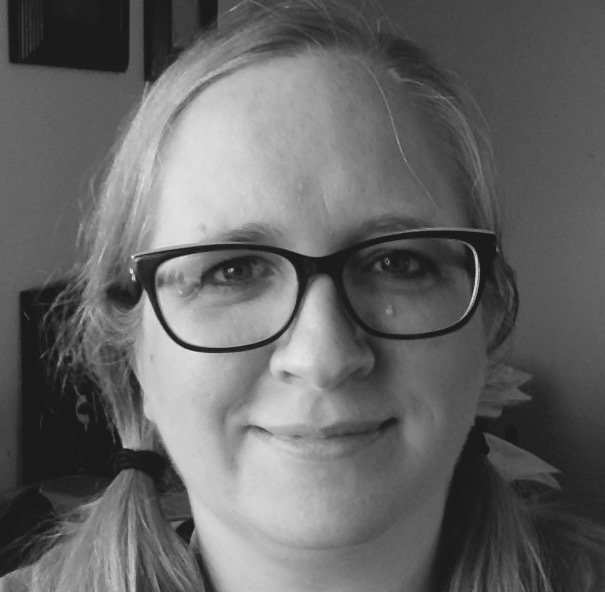 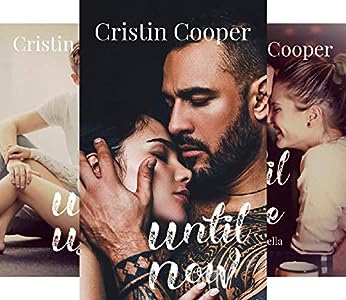 4.2 out of 5 stars
4.2 out of 5
333 global ratings
How are ratings calculated?
To calculate the overall star rating and percentage breakdown by star, we don’t use a simple average. Instead, our system considers things like how recent a review is and if the reviewer bought the item on Amazon. It also analyzes reviews to verify trustworthiness.
Top reviews

Robbob19
4.0 out of 5 stars Lots of Emotional Pull and Angst
Reviewed in the United States on November 3, 2018
Verified Purchase
If you like heart wrenching, you'll love this. If you like emotion and angst, this is the book for you. If you like to 'feel' what you are reading, then you will like this. I loved the storyline but must say I also was frustrated with it. I wasn't a fan of the constant flashbacks. Not that I minded the flashbacks, in fact they were needed. I just didn't like how they were positioned in the book. Seems like there were chapter by chapter cliffhangers and you had to wade thru a chapter or two of flashbacks before you could continue with the present time 'cliffhanger' chapter. For me, those flashbacks could have been executed better by allowing the 'present time' chapter to complete before going to a flashback.

I also had BIG problems with Phillip. It's hard not to give spoilers here but will try to keep them few. Phillip is a college student dating a young teen named Bridget. He thinks she's 18 and she was afraid to correct his assumption since she truly loved him. She's had a lot of losses in life and feared losing someone else she loved. Her mother was a devoted single mom but died when Bridget was 14, a year before meeting Phillip. He's very protective of Bridget and you get the feeling he also truly cares for her.

Bridget is an innocent. She's never been with male before and Phillip picks up on that right away. He doesn't force her but takes his time showing her he really cares. After a troublesome night with his dad, Philip convinces Bridget he loves her. They become intimate. She ends up pregnant. This is where 'Philip hate' quickly enters the book.... his treatment of Bridget is cruel. The things he says to her are nothing like the Phillip we saw before. He wants nothing to do with Bridget or his baby.
Now Bridget is all alone. Her dad, who she had to live with the past year since her mother's death, kicks her out too. Her so called best friend turns against her and becomes a bully. Philips friends belittle her too. She literally has no one. Homeless with no where to go, she stops by a diner to order a cup of soup.... she can't afford a bowl. She has just enough money for a cheap motel and her soup. She plans on finding a shelter the next day, but Billy, the diner owner is drawn to her. He see's a strong young teen that needs a break in life.. He feeds her and gives her a job at the diner and a place to live.
Bridget and Billy start an 18 year journey that forms a family, not a traditional family, but a real family none the less. When his daughter is three, Phillip makes a token effort to see her. But it's only token at the best. We don't 'see' him again till toward the end of the book. He's married with two children and says he's feeling guilty for what he did to Bridget and their child. We needed much more than what we got from Philip. Just saying he felt guilty does nothing to redeem him. We don't get to 'see or feel' his guilt nor his remorse. He certainly didn't win me over... in this book or in the sequel. We never 'see' him realizing what he did. Yes, he mentions it, but talk is cheap. We needed to really feel his emotions, his thoughts. He's happily married with children and living a life of luxury. He graduated college and became an attorney....Funny, his specialty was Family Law. I honestly don't know how he lived with himself and we are not allowed to see it, either. That's probably the biggest disappointment with this book.
Read more
6 people found this helpful
Helpful
Report abuse

Marlene
3.0 out of 5 stars Good storyline, interesting read, just a little confusing....
Reviewed in the United States on October 10, 2016
Verified Purchase
Wish there were half stars because this should be 3 1/2 stars. It was a great storyline but confusing to read. There is a chapter of "before" and then a chapter of "after/now"... and back you go to youth and then now 18 years later, adults. I can't imagine, for the life of me, that any guy waits for a girl to grow up, raise a child, to confess his love to that girl that he adores; that being said, he dates and sleeps with various women and she dates and sleeps with various boyfriends. They love each other from afar for years and years. It was a good love story but I got a bit tired of the back and forth and then we never got to hear what Katie thought when she discovered who her biological father was. Oh, that's right, I have to read the next book! A guy who refused to help the young girl when she discovers she is pregnant, walks out of the hospital when he hears she is delivering his child, moves on to a wife and kids, but now wants to get to know the daughter he wanted aborted. Yah, that gave me a chill!
Read more
8 people found this helpful
Helpful
Report abuse

SusanCz
5.0 out of 5 stars True love waits
Reviewed in the United States on August 10, 2019
Verified Purchase
I loved this story. I think my copy (three years later) must have had some editing after the criticism of the 1 and 2 star reviews. I did not notice and of the there/their/they're type of problems, and I am one to cringe when reading and come to these mistakes. I also do not mind the back and forth dates when it seems to add to the story as it did with this one. The main characters are all well developed and likable and the secondary characters are also developed adequately for their roles and are as likable or unlikable as they need be. And the Hero and heroine taking 18 years to confess their love to each other was necessary to the story. At the start Bridget was only 16 and too young to be getting married to someone who was not the father of her baby as she still had feelings for him, besides the fact that Bill had a long term girlfriend. This was a wonderful book on the power of true love waiting for the right time.
Read more
Helpful
Report abuse

Kindle Customer
3.0 out of 5 stars Finding "Home"
Reviewed in the United States on May 7, 2015
Verified Purchase
This is a sweet story about a teenage mother, Bridget, who is kicked out of her father's home, is rejected by the boy she thought loved her, but finds support and love with strangers who become her new "family." This is also a story about a restless man, Billy, who finds his purpose in life when he meets Bridget. Life has many twists and turns before they acknowledge what everyone else seems to know: Billy and Bridget love each other. The author tells the story from Billy's and Bridget's perspective in separate chapters and through flashbacks. I gave this a three stars because there were times where I just wanted to get to the end of the story...seriously 18 years of friendship fraught with sexual tension was nearly too much. If you want a sweet story this one is for you!
Read more
32 people found this helpful
Helpful
Report abuse
See all reviews

PiePony
4.0 out of 5 stars A sweet story of people not being straightforward.
Reviewed in the United Kingdom on September 10, 2017
Verified Purchase
Misunderstandings waste time and life. This is a story of true love, dependability, friendship.
Two people in love considering the other instead of being honest and true in explaining themselves.
Read more
Report abuse

Mrs m
3.0 out of 5 stars Nice story
Reviewed in the United Kingdom on September 6, 2017
Verified Purchase
Took a while to get into this book. Confused with the story as it jumps from present to past.because of that I give 3 $ stars
Read more
Report abuse

bwihighheels
4.0 out of 5 stars A coming of age and a romance in one
Reviewed in Canada on November 23, 2019
Verified Purchase
I have mixed feelings about this book - I loved seeing the intertwining of past and present, of getting to see Katie grow up even as she leaves for college - and it was refreshing to read a contemporary with genuinely nice characters, even the exes. Can't say I was super enthused about all the sex scenes between the MCs and their exes but it did make sense in the context of the story
Read more
Report abuse
See all reviews