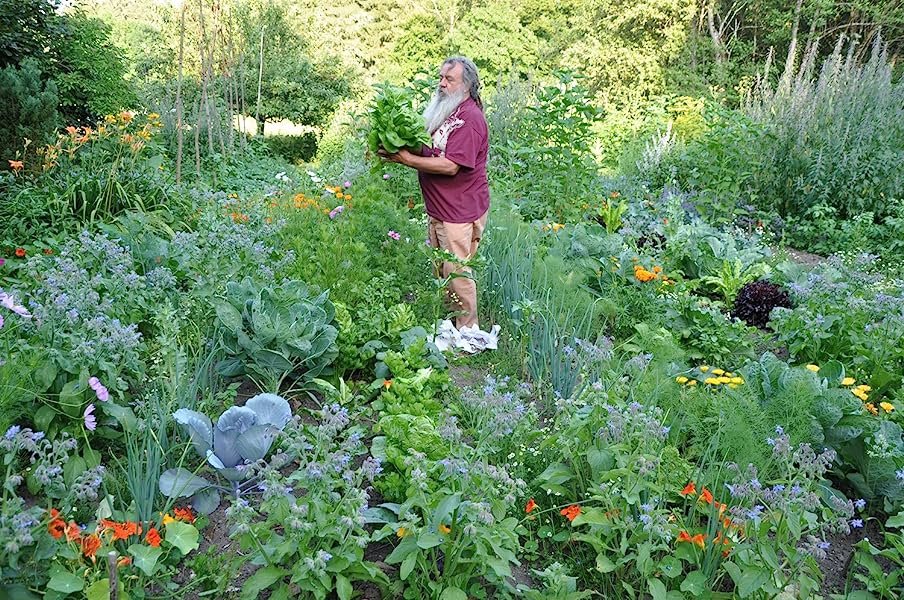 The Untold History of Healing: Plant Lore and Medicinal Magic from the Stone Age to Present Paperback – Illustrated, March 21, 2017

Wolf D. Storl, PhD, is an ethnobotanist and the author of some two dozen books on herbalism, alternative medicine, ethnobotany, and shamanism. Born in Saxony, Germany, he received his PhD in ethnology from the University of Berne, Switzerland. His early post-doctorate career includes research in a Swiss biodynamic farming community, teaching anthropology and organic gardening at Rogue College in Oregon, participant-observer research at a traditional Swiss farm, and two years in India as a visiting scholar at the Benares Hindu University. Always interested in local gardening practices in his travels around the world, 25 years ago Dr. Storl was able to put his learning to the test when he and his family moved to a mountain farmstead in southern Germany. There he maintains a year-round vegetable garden and continues to teach, also appearing on television in the U.S. and many countries in Europe as a spokesman for natural horticulture. The author lives in Rohrdorf, Germany.

Start reading The Untold History of Healing on your Kindle in under a minute.

4.6 out of 5 stars
4.6 out of 5
19 global ratings
How are ratings calculated?
To calculate the overall star rating and percentage breakdown by star, we don’t use a simple average. Instead, our system considers things like how recent a review is and if the reviewer bought the item on Amazon. It also analyzes reviews to verify trustworthiness.

Michal
5.0 out of 5 stars Thorough and interesting
Reviewed in the United States on January 29, 2018
Verified Purchase
Any European interested in herbal medicine should absolutely get this book. The scope and execution are close to spotless. Mind you, this is a compendium that follows our herbal lore through the ages, starting in prehistory and ending now. It's by no means the most thorough you can find (sheer scale of the subject...) but by god it's so well done.
Read more
2 people found this helpful
Helpful
Comment Report abuse

Robert and Christina Taylor
5.0 out of 5 stars It sucked me right in
Reviewed in the United States on July 20, 2017
(Review submitted by RNT's wife)

I couldn’t believe that this book didn’t yet have a review! This is one of the most engaging books I’ve ever read on the history of healing. It sucked me right in. I don’t even know where to begin, but for a lack of time, I love the chapter “One Cup of Tea, Three Times a Day” as an example of how to recognize the poetry of life, how to live intuitively and in harmony with the environment. From the “Morning” section:

“The herbalists went out in this morning twilight to collect healing plants or healing water from a spring. They went silently, in a meditative state and unseen; in other words, they took care that nobody talked to them. They paid attention to the signs and which animals they encountered. They went with uncovered, unbraided hair and barefooted; in heathen times, they went naked to gather herbs . . . With their gaze directed to the east, while speaking a charm or prayer, the herbalists collected dewy herbs. Dew is considered pure, newly created matter. For the Celts, dew was a gift from the in-between world; it came neither from the earth, nor did it fall as rain from the clouds. The in-between world is a magical place, where nothing is yet fixed, but everything is possible—it is the in-between space in which healing can also take place.”

Granted, most of the book reads more “grounded” than the above quote but it’s full of practical information and inspiration toward intuiting one’s own ways as a natural healer, employing the power of the word, of belief, and of repetition as is mentioned toward the end of the book with a reference to Rupert Sheldrake and his morphogenetic field theories.

How to enchant "worms" (demonic disease spirits) from the body, the importance of salt as a grounding mineral source, the ability of the elder or a passing snail or even a newly deceased person to absorb disease from people are some of the many topics of intrigue within these pages.

"Tree, tree, I shake you,
the fever I bring to you.
The first bird that flies over,
shall take away the fever."

I also thoroughly enjoyed the chapter titled “Wise Women and Their Remedies” which was my treat to myself for getting through the rest of the book as it’s fairly academic and demands a serious desire to learn more about “plant lore and medicinal magic from the Stone Age to present.” It gets into the body’s natural intelligence and innate ability to heal itself, and the involvement of mind and spirit in healing the body. Toward the very end of the book, we read, for example:

“The Cheyenne medicine man George Elkshoulder was a strong, traditional healer. He sang, drummed, and incensed the disease demons from the bodies and souls of patients and treated them with his plant allies. When the U.S. government built a modern medical clinic with trained doctors and hospital staff on the reservation, he battled for its closure. ‘Why?’ I asked. He replied, ‘They can’t cure us because they don’t love us—and only love can heal.’”

And of “our ancient herbal hags and wise women,” they were “able to break the bad spell of illness and replace it with the good spell of health. The gods and ancestors helped to bring this about.”

I really want to share the final sentence which brought tears to my eyes, but we’ll let that be the carrot. Picking up a copy would be well worth anyone’s time and money. The translator did an outstanding job, as did the author in sharing this book which is thoroughly researched with plenty of intuition and love that went into putting these timeframes together into one immense span of our survival thanks to good health.

Rhiannon Lynn
5.0 out of 5 stars Brilliant book!
Reviewed in the United Kingdom on May 14, 2018
Verified Purchase
Very useful; full of facts and information from so much of history. Really helpful. Highly recommended.
Read more
Report abuse
See all reviews

Page 1 of 1 Start overPage 1 of 1
This shopping feature will continue to load items when the Enter key is pressed. In order to navigate out of this carousel please use your heading shortcut key to navigate to the next or previous heading.
Back
Next
Pages with related products. See and discover other items: nutritional science, Best stones for plants