The Unwavering Resolve of Jonathan Edwards and millions of other books are available for Amazon Kindle. Learn more 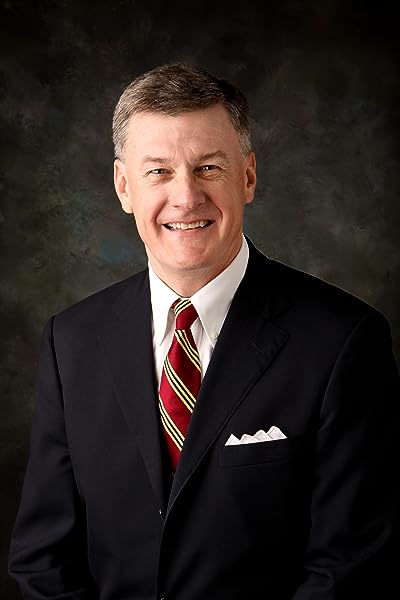 “Tired of going at the Christian life in piecemeal fashion? Tired of half-hearted pursuits? Then you’ve come to the right book. Here Steven Lawson artfully points you to Jonathan Edwards, a model for pursuing holiness, humility, and love, and for the forsaking of sin—all driven by a relentless passion ‘to glorify God and enjoy him forever.’ When Edwards wrote his ‘Resolutions,’ he likely had no idea how much they would impact his life. Beware, they’ll do the same for you.”

“The growing embrace of Reformed thought in the past quarter of a century has been very encouraging to those of us who delight in this most biblical expression of Christianity. And the remarkable writings of Jonathan Edwards have, by the grace of God, played no little part in this expansion of Reformed theology. This new volume by Steve Lawson helps to locate the root of Edwards’ thinking in his close walk with God. It serves as a powerful reminder that Reformed orthodoxy and Reformed piety belong together, and that to focus on the former at the expense of the latter is not only un-Edwardsean, but also un-biblical.”

“The pursuit of a regimented godliness is not unique to Christianity, but it is rare. Unlike popular versions of the Christian faith, Jonathan Edwards did not seek the disciplines of godliness for utilitarian ends, the self-help preoccupation of Western Christianity. He saw conformity to Christ as a means, the only means, to glorify God. Steve Lawson has done a wonderful service, producing in a tactful and pastoral manner Edwards’ pious resolutions, thereby helping us understand the inner life, the spiritual struggles and goals, of perhaps America’s greatest intellect.”

-- Dr. John D. Hannah
Start reading The Unwavering Resolve of Jonathan Edwards on your Kindle in under a minute.

4.8 out of 5 stars
4.8 out of 5
91 global ratings
How are ratings calculated?
To calculate the overall star rating and percentage breakdown by star, we don’t use a simple average. Instead, our system considers things like how recent a review is and if the reviewer bought the item on Amazon. It also analyzes reviews to verify trustworthiness.
Top reviews

Summary
The first chapter is a short biographical stretch of the man many consider to be the greatest American Theologian of all time. The rest of the chapters are devoted to Edwards’ construction of his ‘Resolution.’ Unfortunately, as Edwards didn’t order or systematize his Resolutions, the book seems to jump around a bit as Lawson attempts to categorize the list. However, the book does an excellent job of spelling many of the resolutions and giving us the story or reasons behind them. Many of the most interesting parts of the chapters has to do with how the Resolutions affected Edwards’ life.
In the appendix of the book, you can read the entire Resolutions.

My Thoughts
The best use of this book is to view it not as a biography, but as a commentary on Edwards’ Resolutions. The strength of the book isn’t so much it’s info on the life of Edwards, but instead it’s interaction with the Resolutions and different points of his life, or how his resolutions affected his life.
I personally found some of his attempts overwhelming, bordering on unnecessary. Obviously, Edwards is much more pious and disciplined than me and most people. However, his limited the amount of food he’d eat so as not to waste time or enjoy food too much just seemed extreme and unhealthy.
This book is well written and will challenge you. Lawson does a good job of posing questions at the end of each chapter. Anyone interested in spiritual disciplines or Jonathan Edwards needs to put this book on their reading list.

Chris Ho
3.0 out of 5 stars Great book on his resolutions, but this is not a biographical
Reviewed in the United States on September 9, 2013
Verified Purchase
I must say that I do like reading biography, and have enjoyed some really good ones in the Long Line of Godly Man Profile. And I do like Stephen Lawson as an author, his writing style lucid, engaging and at many times well worth the time spent investing in reading his works. I do especially like his Foundations of Grace, and Pillars of Grace where I was first introduced to his writings.

However, I must say that I was kinda disappointed with this particular writing, I guess it was not the genre I was expecting. I was expecting a more biographical sketch of the life of Jonathan Edwards in this book. But as the book is titled, it specifies about the resolve (or resolutions) of Edwards and it does systematically run through many of his resolutions and how they are seen in his life through his own dairy records.

The strength of this book is for helping Christians see the importance and reasons for discipline in the Christian life, and even relatively unimportant things like rationing of amount of food to eat, was an issue that Edwards looked into. It helps a Christian to visualize and see an example of one life lived solely to be of use by God for His glory.

However, that's all there is to this book, if you're looking more for a biographical book on Edwards, I would encourage you to search elsewhere. But you're interested to look at the resolutions of Edwards, how important they were and what they meant in Edward's life and how was it was manifested in his life, this is THE book to get.

Zack Ford
4.0 out of 5 stars A Great Example of the Pursuit of Godliness
Reviewed in the United States on January 21, 2014
Verified Purchase
** This review originally appeared on longing4truth.com **

The name Jonathan Edwards will ring a bell of familiarity with most Christians today. For many, Edwards is considered to be America’s foremost theologian. His intellect remains unsurpassed throughout American Colonial Church History. His pastoral care and commitment to sound theology were trademarks that followed him throughout his life. Jonathan Edwards was par excellence in every facet of his life, ministry and family. As important as these things are in the legacy of Edwards, perhaps he was best known by his contemporaries for his desire to grow in holiness. Edwards was a man who pursued holiness. It was not his intellect, his great scholarly works, or even his well known sermons that made Edwards who he was. It was the Spirit-generated desire within him to “be holy as the Lord your God is holy.”

In the book, The Unwavering Resolve of Jonathan Edwards, Steven Lawson has undertaken the task of uncovering the practical disciplines that Edwards applied in his life to help him in this pursuit of holiness. Referencing what Edwards called his “Resolutions”, Lawson opens as it were the heart of Edwards in revealing the practical ways which he pursued the holiness that he came to be known for. The “Resolutions,” which are 70 in number, were used by Edwards to keep check on sinful tendencies that he feared would hinder his growth in his pursuit of sanctification. Lawson states that these resolutions were meant to serve as a “personal mission statement that would guide and discipline him in the pursuit of godliness” (26).

Lawson begins the book by giving a brief biographical sketch of Edwards’ life in Chapter one. This sketch allows the reader to follow historical markers of Edwards’ life as Lawson gives some background to the Resolutions and the circumstances that may have prompted their inclusion. Lawson dedicates Chapter 2 to the observation of how important the resolutions were to Edwards. Lawson states that the Resolutions represented a “firm determination to keep spiritual priorities before him” (31). The third Chapter is a short examination of the preamble to the Resolutions, as Edwards himself states it.

In the remainder of the book, chapters 4-9, Lawson organizes the Resolutions under six headings, each representing what Edwards felt was most important in this pursuit — a sort of order of priority. These headings are, “The Priority of God’s Glory,” “The Putting Away of Sin,” “The Precipice of Eternity,” “The Passion of Discipline,” “The Practice of Love,” and finally “The Posture of Self Examination.” Lawson does a masterful job of tying entries from Edwards’ diary that make mention of the importance of these Resolutions and how Edwards sought to reflect upon them daily. They were, as Lawson states, “to help direct his heart and life in the pursuit of godliness” (28). Edwards resolved to go over all 70 of them daily.

The Unwavering Resolve of Jonathan Edwards is a must read for any who long to be students of the life and works of Edwards. The “Resolutions” set the mark high, very high for Edwards, and his diary entries reveal how difficult he saw this task at different times (indeed, this is one of the reasons I found the book so appealing). It reveals Edwards not just in the sunlight of steady growth and mortification of sin but also in the clouds of discouragement and even despair over his failure to obey and his inclination to sin. This book reveals that Edwards saw himself as a Romans 7 man, yet at the same time a man that desired to pursue holiness at all cost. No discipline was too pressing if it would purge sin from Edwards’ life.

I found the book to be very helpful in reminding me that holiness comes only with great discipline and sacrifice. It served as a reminder that the time to parlay with the world has come for all believers, and that we are to be in the world but not of the world. May God grant us all the same feverish desire and unwavering resolve that Edwards had in his pursuit of godliness. I highly recommend this book.

In accordance with FTC regulations, I would like to thank Reformation Trust Publishers for a copy of this book in exchange for a fair and honest review.
Read more
One person found this helpful
Helpful
Report abuse

Michael P.
5.0 out of 5 stars An excellent book
Reviewed in the United States on August 29, 2020
Verified Purchase
This book has valuable information about using a journal and examining oneself on the Christian pilgrimage.
I wrote 3 blog entries on it with that focus, see, sheeplywolves.com and look in the CATEGORY of Jonathan Edwards, if you're interested in reading those. I also have a post in the category of Self-Examination with a downloadable self-exam packed which I connected to the three posts.
Read more
Helpful
Report abuse
See all reviews