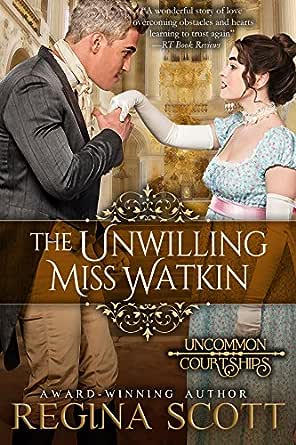 You've subscribed to Uncommon Courtships! We will preorder your items within 24 hours of when they become available. When new books are released, we'll charge your default payment method for the lowest price available during the pre-order period.
Update your device or payment method, cancel individual pre-orders or your subscription at
Your Memberships & Subscriptions
There was an error. We were unable to process your subscription due to an error. Please refresh and try again. 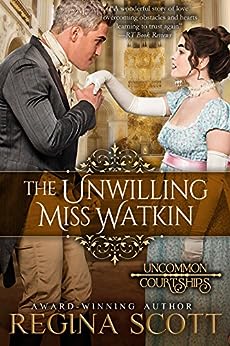 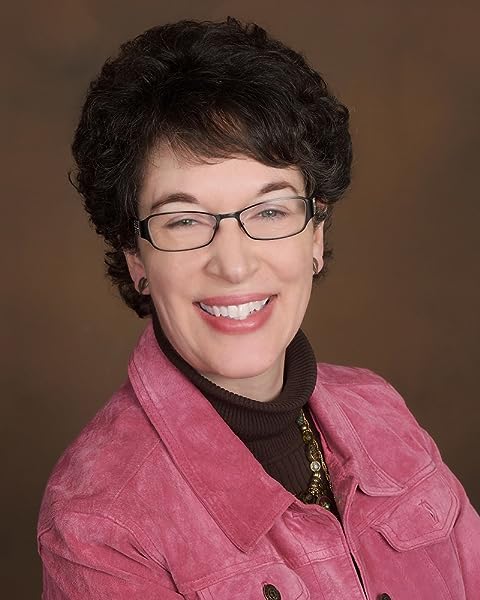 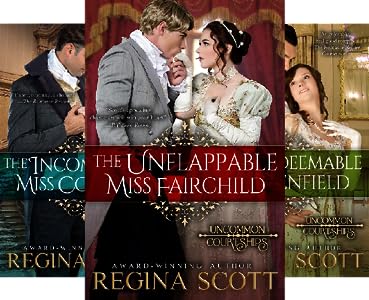 Judge Tabor
4.0 out of 5 stars In Which Jareth Must Fulfill a Quest or Two
Reviewed in the United States on November 21, 2015
Verified Purchase
I was totally intrigued by this book. Although the basis for the storyline wasn't a favorite of mine - that of a rake struggling toward reformation, I did find the pathway in which the author tasked our hero, Jareth Darby, toward redemption to be very creative.

Home from his stay on the Continent where Jareth had fled three years previously, after his scandalous behavior as it related to one of his supposed partners in dalliance, he is now, it seems, a more humble person with pockets to let. His big brother has a proposition for Jareth which is actually a type of quest. He has compiled a list of ten ladies that Jareth must seek out and not only ask, but receive forgiveness from, in order for Jareth to be rewarded with an estate of his own.

There is a kind of sweet, humility about Jareth and one gets the feeling that most of the mishaps in his past came from youthful desires and a somewhat ignorance of many aspects of life, rather than a cruel and unfeeling nature. In fact, it's obvious that what finally sent him running to the Continent was in effect a situation misrepresented and misunderstood by most of Society.

Relative to the quest Jareth is set upon - we aren't privy to the details about the first nine items on the list - only that Jareth had no difficulties obtaining forgiveness from all the ladies named. This story is centered upon the tenth lady - that would be Eloise Watkin. We are aware from the outset there's obviously more to Jareth's and Eloise's past than meets the eye.

In fact, Eloise will not forgive Jareth unless he fulfills some tasks she sets before him. Through these tasks, the wounding Eloise suffered due to the circumstances surrounding her and Jareth's past are slowly unveiled. One is quite humorous, others are not. In fact, when the nitty gritty details are revealed, they are not easy to digest. I found it interesting how Ms. Scott brought out the egos and sensitivities of males in general into the storyline in order to either excuse some poor behavior, or perhaps simply to explain that it is a part and parcel of life - generally speaking. Note, I say "generally speaking" because the men in my sphere do not like it when I mention common male attributes as though all males have difficulties with their egos, etc. I plead innocence of implying anything about such matters even though I do have my own thoughts which I shall keep to myself. If that set of comments is too vague to be understood, it was intentional. But, hopefully, interested readers can "read" between the lines or not.

**Spoilers* At any rate, I found this storyline very interesting. I'm one of the last readers who will excuse truly bad behavior in my heroes. In this case, I found I was able to forgive Jareth - mostly. Yes, Eloise was responsible for her own behavior but as is usual, she suffered long and hard for five years. Jareth really needed a comeuppance. Still not sure that he didn't get off a bit too easily.
Read more
3 people found this helpful
Helpful
Comment Report abuse

Danker
4.0 out of 5 stars A second chance/redemption tale
Reviewed in the United States on August 9, 2015
Verified Purchase
Within the constrained confines of a "tradional" HR, Scott's Utterly Devoted delivers a redemption/second chance tale that is better than most of the others I have read.
I'm glad that I read Utterly Devoted before a previous title in this series, The Irredeemable Miss Renfield, not only because the latter is sufficiently inferior that it may have put me off reading any more of Scott's work, but also because it included spoiler details that would have reduced the tension that is built in Utterly Devoted when read as a standalone, without that prior knowledge.
A strong 3 1/2 stars.
Read more
One person found this helpful
Helpful
Comment Report abuse

Kindle Customer
5.0 out of 5 stars Great read
Reviewed in the United States on July 25, 2018
Verified Purchase
If you like historical England you will love this book. Very creative how the romance came about. The whole series is great.
Read more
Helpful
Comment Report abuse

Carolyn gibbons
1.0 out of 5 stars Clean, with strong story line and characters. I like good exposition. I love humor
Reviewed in the United States on November 3, 2019
Verified Purchase
Did not finish this book. Too quick to the problem, Not interested in anything sex.
Read more
Helpful
Comment Report abuse

izhull
5.0 out of 5 stars Wonderful series...
Reviewed in the United States on July 21, 2017
Verified Purchase
I was sorry to see the series end. I enjoyed every one of the books and then bought them for my mother.
Read more
Helpful
Comment Report abuse

Kindle Customer
3.0 out of 5 stars Utterly Devoted
Reviewed in the United States on October 8, 2013
Verified Purchase
An easy read. Cute story. Very clean. All turns out as you know it will. Darby is a rack but persistent.
Mrs Del Rae M.
Read more
One person found this helpful
Helpful
Comment Report abuse

C. PARSONS
4.0 out of 5 stars Good Read
Reviewed in the United States on January 11, 2013
Verified Purchase
Was worried after I finished all of my Andrea Pickens books what I would read for my regency romance fix. Regina Scott fills the bill.
Read more
One person found this helpful
Helpful
Comment Report abuse

♥
4.0 out of 5 stars "Can a rake ever be reformed?"
Reviewed in the United States on May 18, 2007
Jareth Darby's brother makes him seek forgiveness from girls he's wronged so he'll know he's truly reformed. Then the impoverished Jareth will get Cheddar Cliffs estate.

One of the women he's wronged is Eloise Watkin, the girl he's never really forgotten.

Well, it turns out she's never forgotten him either. Just when she thought she was moving on from her bad past, finally becoming the woman of character she wanted to be, he's back! Terrified he'll reveal her past -- and more so, that she will lose her heart again -- Eloise faints at the sight of him.

When the two talk, and he seeks her forgiveness, she makes him meet three tests... Or at least, that is the plan.

I liked this story because the characters weren't overly emotional, but you could feel the depth of their (especially her) emotions in the writing. I also thought it was good the way Eloise and her father had a sort of reconciliation near the end. He never knew of the trouble she got into with Jareth, and when he found out, he wished he's have been there for her more. (He was basically absent from her life after her mother's death.)

I also liked it that Eloise had truly reformed. She was sorry she'd gotten so involved with a rake. (At only 15, she had believed the words he said to her, and thought he truly loved her.) Although Jareth was certainly a cad, he seems to be steadily reforming through the story, although some of it is obviously from his growing love for Eloise.

Of course, through various problems and humorous situations, everything is resolved happily ever after. The book was fun to read and well-written, and at no point in the story did I feel like throwing the book down or saying, "That's stupid!"
Read more
4 people found this helpful
Helpful
Comment Report abuse
See all reviews from the United States

harriett
4.0 out of 5 stars One of the best
Reviewed in the United Kingdom on October 26, 2013
Verified Purchase
As a Georgette Heyer fan I have struggled to find other regency romances as good as hers. This one comes close at times, though never in the same league really. The story line is very good and the characters likeable and entertaining. Just here and there it grates on you as phrases are used by the characters which English people would never say and as usual in these books there is too much information on the physical love - better left to the imagination! All in all though an enjoyable easy read which most regency romance lovers will like.
Read more
Helpful
Sending feedback...
Thank you for your feedback.
Sorry, we failed to record your vote. Please try again
Report abuse

ilona darlene eldridge
3.0 out of 5 stars Utterly Devoted
Reviewed in Canada on August 5, 2016
Verified Purchase
This is a story that is about trust and love , I would recommend it to you.It is short ,but a good read on a rainy day
Read more
Helpful
Sending feedback...
Thank you for your feedback.
Sorry, we failed to record your vote. Please try again
Report abuse

Kindle Customer
3.0 out of 5 stars reformed rogue n his lady
Reviewed in Australia on January 9, 2017
Verified Purchase
i loved seeing both sides of jareth n eloises story, cloe n her fierce loyalty edged on annoying but cute in protecting her friend
Read more
Helpful
Sending feedback...
Thank you for your feedback.
Sorry, we failed to record your vote. Please try again
Report abuse