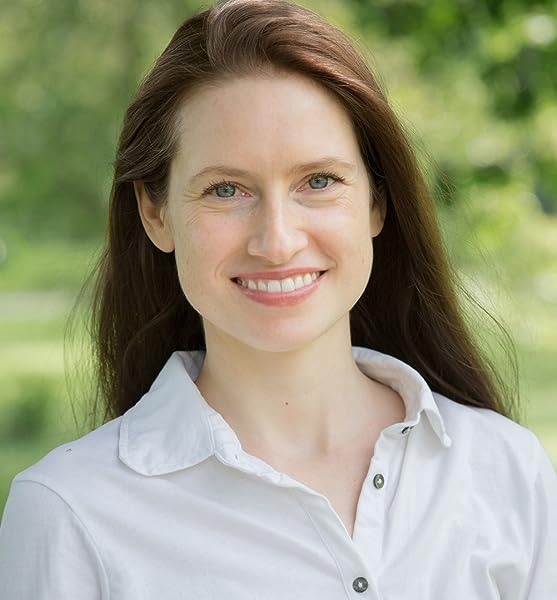 Up in the Leaves: The True Story of the Central Park Treehouses Hardcover – Picture Book, March 6, 2018

by Shira Boss (Author), Jamey Christoph (Illustrator)
4.8 out of 5 stars 36 ratings
See all formats and editions
Sorry, there was a problem loading this page. Try again.

“Boss shares the tale of Bob Redman, a real arborist in New York, with simple, heartfelt language, displaying compassion and understanding of Bob’s dedication to his trees.” —KirkusReviews

Shira Boss is a writer who lives on the Upper West Side of Manhattan, three blocks from Central Park. Up in the Leaves is her second book. She earned undergraduate and graduate degrees from Columbia University, including a master’s in Journalism. When her Japanese maple tree needed pruning, several people suggested she call arborist Bob Redman. He said it was the smallest tree he had ever worked on (about four feet high, in a pot). Now they have two sons, two whippets—and many more trees. Connect with them at shiraboss.com.

Jamey Christoph’s illustrations have appeared in The New York Times, San Francisco Chronicle, and in several award-winning children’s books, including Gordon Parks: How the Photographer Captured Black and White America by Carole Boston Weatherford (Albert Whitman). He works out of his 1920s home in Cleveland Heights, OH, with his crazy dogs, Owen and Jack.
Tell the Publisher!
I'd like to read this book on Kindle

Shira Boss is a writer who lives on the Upper West Side of Manhattan, three blocks from New York's Central Park. UP IN THE LEAVES is her second book. She earned undergraduate and graduate degrees from Columbia University, including a master’s in journalism. When her Japanese maple tree needed pruning, several people suggested she call arborist Bob Redman. He said it was the smallest tree he has ever worked on (about four feet high, in a pot). Now they have two sons, two whippets – and many more trees. Connect with them at shiraboss.com.

4.8 out of 5 stars
4.8 out of 5
36 global ratings
How are ratings calculated?
To calculate the overall star rating and percentage breakdown by star, we don’t use a simple average. Instead, our system considers things like how recent a review is and if the reviewer bought the item on Amazon. It also analyzes reviews to verify trustworthiness.
Top reviews

NYC customer
5.0 out of 5 stars A lovely, lyrical book - beautifully illustrated and based on a terrific true story. Great for parents and teachers alike!
Reviewed in the United States on March 6, 2018
Verified Purchase
I just read this excellent book, Up in the Leaves, with my 6-year-old daughter – and we both loved it! It’s the inspiring true story of a boy who secretly built treehouses in New York City’s Central Park, and of what became of him as he grew – and as his treehouses became increasingly more elaborate and marvelous.

The text reads like poetry, with lyrical repetitions and rhythms that carry the reader along. Author Shira Boss crafts each line beautifully, making every word count. Teachers will notice how much there is to highlight in Up in the Leaves, beyond just the terrific story. The book is chock-full of lovely figurative language, including metaphors (“Each tree was its own world, every limb an adventure”), similes, personification, and even onomatopoeia (“whoosh, whoosh,” “clang, bang”). Boss's descriptions are beautiful, and they’re joyfully brought to life by illustrator Jamey Christoph. It’s a truly gorgeous looking book. Teachers – and parents – can also explore many important themes through this story: on being yourself, pursuing your dreams, using your imagination, and connecting with nature.

My daughter and I loved discussing this book – even talking about the beautiful language and what makes it so special and fun. I highly recommend this book to anyone who has or works with young children of any age. It is beautifully written, beautifully illustrated, and is such a warm and lovely story. We’ll be enjoying Up in the Leaves in our home for many years to come!
Read more
5 people found this helpful
Helpful
Report abuse

JOHN T. MCEVOY
5.0 out of 5 stars A must for any New Yorker or imaginative child!
Reviewed in the United States on November 19, 2020
Verified Purchase
Such a unique story! Bob is so inspiring and his wife shares his story with us beautifully. She describes what he felt and even better why he built tree houses in Centrl Park. How great it would be to easily climb a tree with such confidence and skill! This was visually beautiful and fun to read aloud. Highly recommended!
Read more
Helpful
Report abuse

Jane C
5.0 out of 5 stars Lovely book!
Reviewed in the United States on February 2, 2021
Verified Purchase
This was given to my daughter to be used in her classroom. The children enjoyed it very much. It made for a
happy day in school. Will be purchasing more of these type stories in the future.
Read more
Helpful
Report abuse

Top10amazonpurchasesjunkie
5.0 out of 5 stars Make your passion your career
Reviewed in the United States on September 7, 2019
Verified Purchase
Use with junior high students as a way to promote career choice.
Read more
Helpful
Report abuse