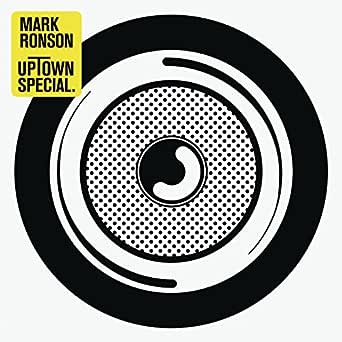 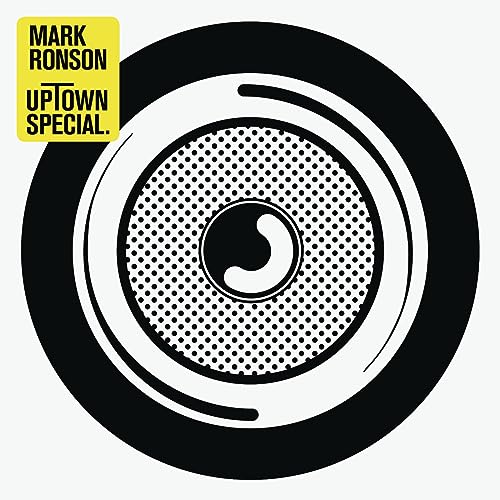 4.8 out of 5 stars
4.8 out of 5
2,292 global ratings
How are ratings calculated?
To calculate the overall star rating and percentage breakdown by star, we don’t use a simple average. Instead, our system considers things like how recent a review is and if the reviewer bought the item on Amazon. It also analyzes reviews to verify trustworthiness.
Top reviews

S. Smith
5.0 out of 5 stars Smoother Than a Fresh Jar of Skippy
Reviewed in the United States on March 29, 2015
Verified Purchase
This song isn't going away anytime soon. Bruno Mars was the perfect choice for this track. It was the obvious lead single from the album and easily the best song on the CD. Some songs are destined to be around forever and this is one of them. And if you don't believe me, just watch.
Read more
25 people found this helpful
Helpful
Report abuse

Beatlenik
5.0 out of 5 stars Uptown CLASSIC Funk in the Great 70's Tradition!
Reviewed in the United States on September 27, 2017
Verified Purchase
Being an over 60 classic rock and progressive rock addict, I had one guilty pleasure side trip in the 70's and that was solid R&B Funk, the kind delivered by Marvin Gaye, The Temptations, War, EarthWind&Fire, and a handful of others before disco nearly destroyed the genre. Mind you, there was indeed some good disco music, the artistic stuff metered out by responsible artists like some of those above knew how to deliver, but for a few decades now the "R&B/Funk" genre has suffered at the hands of banal and bland artists who just want to croon, sing endless runs of vocal athletics with no room for subtlety or craft, and the funk has been just as tepid or overblown. Along comes this Hawaiian kid, Bruno Mars, and restores my faith in modern Urban music. Bruno has restored the R&B and the Funk to the genre, capturing the classic sensibilities of what made the music so great while still injecting it with modern fresh vigor. I've collected all three of his incredibly great albums but still lacking this diamond in his discography and not wanting the whole set of remixes, nor the Mike Ronson CD it appears on (though I think that might have a classic 70's groove to it too), I decided to complete my Bruno collection with this simple digital download. Amazon's digital sound quality is terrific, the best, and now I can burn my own Best Of Bruno disc! Treat yourself to a throwback, Funk Fans!
Read more
2 people found this helpful
Helpful
Report abuse

Cherie J.
5.0 out of 5 stars Uptown, Downtown, & All Around
Reviewed in the United States on September 11, 2016
Verified Purchase
When I first heard this it reminded me of the
concerts of Earth, Wind & Fire, The Bar-Kays,
Ohio Players, The Commodores, & Parliament.
All the classic bands with a great horn section
who provided the Funk, R & B, & Soul music we
partied to. This is definitely a dance tune,
lyrics that are fun, & with a touch of narcissism.
But, that's okay, the James Brown effect is
classic & overlooked as wrong.
There's nothing wrong with a positive lyric,
especially when it accompanies a positive
rhythm to clap & move to.
Bruno has the multi-talent of Michael Jackson,
James Brown, & The Temptations combined.
Mark Ronson obviously has been affected in
a good way in producing a very popular hit.
Great exercise tune, & music video to match.
It makes one want to get up & move to the
Uptown Funk.
Read more
2 people found this helpful
Helpful
Report abuse

Woody
5.0 out of 5 stars The young man is amazing..
Reviewed in the United States on December 14, 2016
Verified Purchase
It's Bruno Mars. The young man is amazing....very rare these days to find a true performer/entertainer in every sense. However, I'm trying to downsize my CD collection, so I'll have to wait for a "best of" collection before I buy another CD.
Read more
3 people found this helpful
Helpful
Report abuse

Classic Music and Book Lover
5.0 out of 5 stars BEST FUNKY GROOVE IN YEARS!
Reviewed in the United States on April 17, 2015
Verified Purchase
Wow! Amazing funky song that takes you back to years ago! It has such a retro funky beat; yet, it is updated as well. I am super impressed with Mark Ronson's ability to find the groove that music has been missing and speechless over the infinite talent of Bruno Mars. He has such a passion for every song he sings and brings his extraordinary talent to every piece of his work! Bruno has wisdom far beyond his years. He is able to groove with the young and the old. Amazing! His performance as well as vocals stand out above and beyond most artist today. He can sing many kinds of music. His voice and range are extremely rare. I love to hear him sing anything. This song has all the elements to lift up those who are weary and sad. It is almost impossible to listen to this song without moving and grooving to it.
I understand that Ronson is producing Bruno Mar's upcoming new CD. I can hardly wait to see their next combined effort in the music world. I hope they see from the success of this song-Funky is fun and what the public needs and will purchase today!
Keep it coming Bruno and Mark Ronson! We will buy it!
If you don't believe me, just watch! :)
Read more
One person found this helpful
Helpful
Report abuse

Bicoastal Nomad
5.0 out of 5 stars Yes! Bruno!
Reviewed in the United States on February 24, 2016
Verified Purchase
I love Bruno Mars. His voice is perfect for this song. It's just one of those songs that puts you in a great mood when you hear it. I'm not certain what Mark Ronson's contribution was to this song, or really even who he is, but getting Bruno to sing the lead vocals was pure genius, and all the backup band did their job really well. I look forward to Bruno's long career in the music business and many more hits, and stellar collaborations, to come.
Read more
5 people found this helpful
Helpful
Report abuse

Nancy Price-Hobday
3.0 out of 5 stars Contains a repeated epithet
Reviewed in the United States on June 15, 2016
Verified Purchase
I am 67 yrs. old. I still dance to music with a good beat. I grew up with really good dance music. I avoid songs with bad language in the lyrics. I did not notice what was being sung in the background until Amazon provided me with a perfectly clear digital copy. Having said that, the epithet is mild and I can change it to hot dance in my mind and continue to enjoy it. Amazon please let us know about these lyrics so we can make informed decisions. The music industry should be more sensitive. They might sell more songs.
Read more
3 people found this helpful
Helpful
Report abuse

ButchM
5.0 out of 5 stars One of Mark Ronson's best
Reviewed in the United States on September 11, 2020
Verified Purchase
Mark Ronson did a fabulous job writing this song, selecting the instruments and putting them all together. Hiring Bruno Mars to sing on it didn't hurt, either. The sad thing is, Mars reached the high point in his career with this song, and won't likely ever have a hit as big as this.
Read more
Helpful
Report abuse
See all reviews