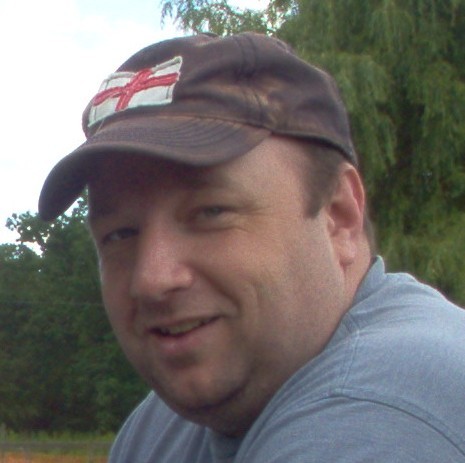 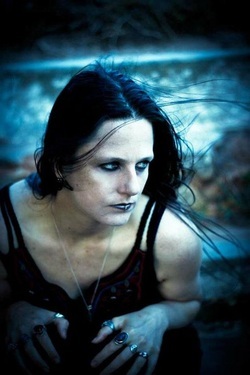 4.0 out of 5 stars
4 out of 5
5 customer ratings
How does Amazon calculate star ratings?
Amazon calculates a product’s star ratings based on a machine learned model instead of a raw data average. The model takes into account factors including the age of a rating, whether the ratings are from verified purchasers, and factors that establish reviewer trustworthiness.
Top Reviews

Aaron Sikes
4.0 out of 5 stars Seriously creepy, very entertaining
Reviewed in the United States on April 21, 2013
Verified Purchase
I've been following Colin F. Barnes's production with Anachron Press, going back to last summer when I heard he was releasing the first in his series of cyberpunk thrillers, Artificial Evil. The anthologies he's put out with the press have been excellent, and Colin wins again with Urban Occult, a grand collection of the weird and odd and bizarre and, at times, downright uncomfortable as all get out.

Colin avoids gore for gore's sake in his own writing and the tales he's picked for Urban Occult match up with his preference for atmospheric and psychological horror. Gary McMahon's "Just Another Job" is a perfect example, and his story opens the collection beautifully, drawing on occult trope to paint a frightening first scene.

The following tale, "Spider Daughter Spider," by Jennifer Williams, was one of two stories to really put me off my pins. Williams wrote a haunting tale of psychological horror, with just enough visceral horror to make me put the anthology down for a week to refresh mind with lighter reading. That's said by way of compliment. The story is just damn good. And really freaky.

From Williams' story, we get a parade of the strange and haunting. Tales of youth run amok or out on a dare, love lost only to return with a vengeance, and freakish worlds tucked away beneath the veneer of city life. The penultimate tale, "A Kind of Love," by A.A. Garrison, is the only one to leave me a bit flat. I wanted something more to happen, more development and a stronger sense of closure to the various plot threads at play. The final tale, Jason Andrew's "A Simple Job," is perfect counterpoint to the collection opener, and one of the best in the anthology. Hands down, this was a great set of tales and proof again of the quality we can expect from Anachron Press.

I'm also a writer, and took great joy from many of the tales in Urban Occult. I write on the weird side of the aisle, scribbling stories with a lot of strange characters in them, strange happenings and the like. So this was a GREAT collection to get my brain working on new story ideas. Seeing what other authors have done successfully opened my head to some possibilities that I would not have considered otherwise. These stories were great entertainment, although more than one got too dark for my tastes.

Most of all, these stories were inspiring, and I think that's the best thing that can be said about the written word.

David M. Thomas
5.0 out of 5 stars One of the Best Dark Fiction Anthologies in Years
Reviewed in the United States on April 26, 2013
Verified Purchase
I don't read many anthologies, but knowing the quality of fiction Anachron Press releases, I couldn't help but gobble this one up. And I was not disappointed: URBAN OCCULT is simply one of the best anthologies on the market with stories by genre favorites like Gary Fry and Gary McMahon, and haunting, taut tales from newer writers I'd not yet had the pleasure of reading.

Each story contains a unique darkness and a gritty realism that I found compelling. From vampires to ghosts to haunted houses to occult rituals, there's something for everyone to enjoy.

The highlights for me included Mark West's THE WITCH HOUSE, Ren Warom's THE GHOSTS OF MY CITY WALK, Gary McMahon's JUST ANOTHER JOB, and Jason Andrew's A SIMPLE JOB.

There is a ton of talent on display here, all put together nicely by editor and author Colin Barnes.

QuietNoise
5.0 out of 5 stars Simply a brilliant collection
Reviewed in the United States on May 6, 2013
I had the pleasure of receiving the new Anachron Press anthology Urban Occult for an honest review. Short and sweet, this is one fine collection of stories from a lot of names I will now be watching out for. There are too many (fifteen in total) great stories in this book to pick out just one or two.

This book runs the gamut of what can fit in this genre, and I found myself enjoying each and every story on its own merit. Very pleased with this and will have to write better if I'm going to be included in such an illustrious group.

This is worth every penny of its cost (a mere 2.99) and I highly recommend you get yourself out there and occulted!!
Read more
One person found this helpful
Helpful
Comment Report abuse
See all reviews from the United States

J. Everington
4.0 out of 5 stars I'm sure you all know how bloody good McMahon is at short stories
Reviewed in the United Kingdom on April 25, 2013
Verified Purchase
Urban Occult is an anthology from Anachron Press, featuring fifteen short stories about magic and ritual in an urban setting. Unlike a lot of anthologies there's little to no deadwood here - all the stories are well written and worth a read. I've picked some favourites below, but that shouldn't be taken as a sly dig at the others.

Just Another Job opens the book, and it's a typically dark tale from Gary McMahon; I'm sure you all know how bloody good McMahon is at short stories, right? There's some truly creepy imagery here (it reminded me of the Silent Hill games, for some reason) and an unrelenting atmosphere from the get go.

Spider Daughter Spider by Jennifer Williams. So how do you follow McMahon? Well, with another excellent story with some more truly, truly creepy imagery. Good god, Jennifer Williams, that final scene of yours will stick with me awhile, I can tell you.

Ren Warom's The Ghosts Of My City Walk. A story of lives wasted and an abandoned tower block, this was probably the bleakest story in the whole damn book - no easy achievement. It starts of building up the atmosphere... and then moves into a breathless final third. I really liked this one.

The Remover Of Obstacles by James Brogden. A bit of dark comedy to break up your horror anthology reading experience? Certainly, Sir. But I must warn you we do serve our comedy very dark here... Why, by the end, some people aren't laughing at all.

The Witch House - God-damn you, Mark West. On first reading, this story annoyed the writer in me because I couldn't see how it worked. It's a relatively simple story, archetypal maybe, and you just know it's going to end badly (kids breaking into a rumoured witch's house - like, duh), so why is it still so scary? After reading it a second time, I still don't know how it works, I just know that is does. God-damn you, Mark.

Finally, I'd like to mention The Strange Case Of Mrs West & The Dead by Sarah Anne Langton - a funny story about an exorcism of a most unconventional kind, and it works almost solely because of the author's skill in first person narration, it's that good. She also did the excellent cover art, I hear. Hats off, madam, hats off - to you and all the fabulous writers in Urban Occult.
Read more
Helpful
Sending feedback...
Thank you for your feedback.
Sorry, we failed to record your vote. Please try again
Report abuse

Benny J
3.0 out of 5 stars Three Stars
Reviewed in the United Kingdom on December 15, 2014
Verified Purchase
A solid anthology that never really rises above that
Read more
Helpful
Sending feedback...
Thank you for your feedback.
Sorry, we failed to record your vote. Please try again
Report abuse

See all reviews from the United States
Pages with related products. See and discover other items: jennifer williams