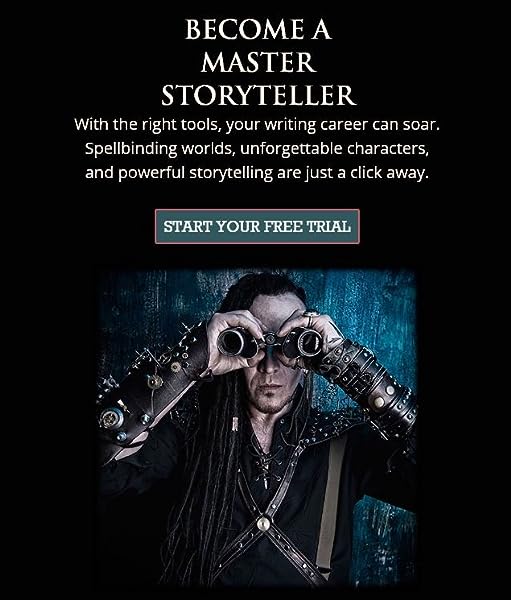 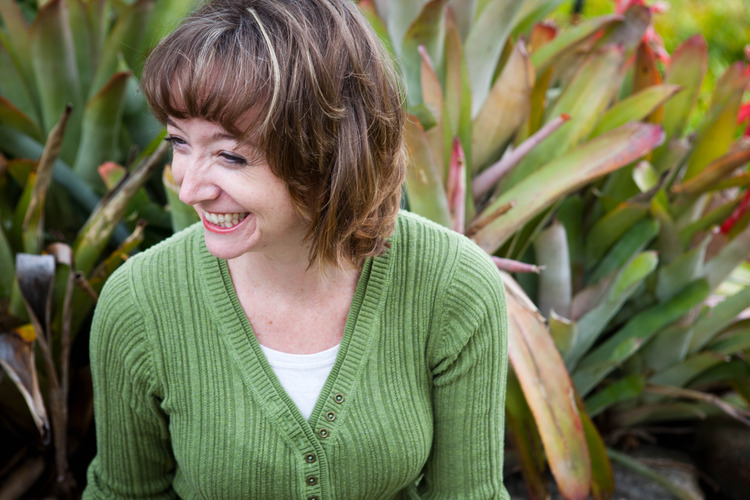 "Another practical how-to book from Angela Ackerman & Becca Puglisi, this time to help you flesh out your descriptive writing of rural settings. No more driving out to the countryside to bait the bull so you can describe the shape, size and smell of a cowflap. It's all right here, right down to the flies. While not a replacement for soaking up the atmosphere when you can't get there yourself, this book will help you flesh out all five senses."
~Anna Erishkigal, writer

Angela Ackerman and Becca Puglisi are bestselling authors, writing coaches, and international speakers. Their books are available in five languages, are sourced by US universities, and are used by novelists, screenwriters, editors, and psychologists around the world. Angela and Becca also co-founded their popular Writers Helping Writers site, a hub where authors can hone their craft, as well as One Stop for Writers, an innovative online library built to help writers elevate their storytelling.

Start reading The Urban Setting Thesaurus on your Kindle in under a minute.

4.8 out of 5 stars
4.8 out of 5
373 global ratings
How are ratings calculated?
To calculate the overall star rating and percentage breakdown by star, we don’t use a simple average. Instead, our system considers things like how recent a review is and if the reviewer bought the item on Amazon. It also analyzes reviews to verify trustworthiness.

JC
5.0 out of 5 stars So Much More Than a Thesaurus
Reviewed in the United States on June 13, 2016
Verified Purchase
Not your usual Thesaurus - unique and probably surprising. Not just synonyms to replace drab words. FEEL the setting and don't waste them - This book will help you use it to improve every element of your story- tension, conflict, mood, character development, symbolism & motif and so much more - not with just narrative suggestions, but details and specifics. Phrases in addition to words.

There are several chapters in the beginning that are one of the best guides I've found for using setting. If you already have it's sibling The Rural Setting Thesaurus,

The Rural Setting Thesaurus: A Writer's Guide to Personal and Natural Places , Don't think these first chapters are duplicates. Together they make up an even more complete guide.

I often simply browse each of the 6-volumn collection by Angela Ackerman & Becca Puglisi for inspiration and ideas. It's more than a reference for improving settings you already have - I have incorporated some I hadn't thought of. And more importantly, when I get bored with my story (2nd drafts, revisions, edits) I get excited about developing my characters, writing description, and improving all elements of storytelling. I'd say take it on your beach holiday, but you'll want to get back to your writing and you're on vacation!

If, like me, you can't get enough - Their website WritersHelpingWriters has more topics (free!) for the collection in the same quality and style - including a unique "Emotional Wounds Thesaurus". If you're not convinced you need to buy this book (and the 4 others), the website also includes samplings.

It is clear the authors experienced each setting personally - I understand they even allowed themselves to be arrested and jailed to know beyond the obvious, how it felt, smelled, sounded etc. etc. Talk about dedication to detail and accuracy !

Donald HuntTop Contributor: Writing
4.0 out of 5 stars A Must Have, But More Importantly A, Must Use.....
Reviewed in the United States on March 21, 2018
Verified Purchase
I write a lot of reviews,and also write pulp fiction (Mystery,Crime, Horror,
and Thriller.)
I do not accept free books or money, in exchange for a review.
I do not give 5 stars, for reasons you can probably figure out.
I gave, The Urban Setting Thesaurus, 4 stars, because it is one
of the most useful books,I have sitting next to my computer.,
It gets constant use, and I even read it when I am not looking
for a particular setting.
I like to hear people tell me, "When I read your stories, I feel like I am
right there in the scene. I can see the details you are describing."
That is what writing teachers/instructors have been telling fledgeling
writers forever.........Show Don't Tell.
And the descriptions/details in this thesaurus, along with the other
good information,will help you do just that.......Show Don't Tell.
Always remember, the more you know, the more you will be able
to do.
Get the book, and wear it out.
Read more
9 people found this helpful
Helpful
Comment Report abuse

ReviewerTop Contributor: Boxing
3.0 out of 5 stars Some helpful Info, some egregious Oversights
Reviewed in the United States on December 30, 2018
Verified Purchase
Comic book artists used to use something called a "morgue." It sounds a bit macabre, but the morgue was really nothing more than an alphabetized collection of images of various locations, to which a cartoonist could refer when drawing a scene, in order to give it some verisimilitude. Say, for instance, you wanted to place your character in a bowling alley or in a dentist's office, and you wanted to get the details of those two environments right (we've all been to bowling alleys or dentists' offices, but chances are we probably weren't taking notes while there). You would merely dig into your morgue and look under the B's and D's to reacquaint yourself with the locales in question.

"The Urban Setting Thesaurus," is basically a Cliff's Notes morgue for writers, who want to get the bare-bones vibe, ambiance, or description of various locales when writing fiction. The quality of the descriptions on offer inside varies, and the authors too often leave out the exteriors/structures of the places that they're describing. This is a pretty egregious oversight, because stories and novels usually have the literary equivalent of cinema's "establishing shot," whereby an exterior is described (along with maybe the weather) before getting to the action going on inside the building.

The book also provides sensory details for each entry, but makes another pretty big mistake under the heading of "Taste" by being a bit too literal and forgetting that some smells are strong enough (or malodorous enough) that they (sometimes unfortunately) can also be considered tastes. How many war stories or criminal procedurals have you read, for instance, in which a character describes the smell of blood or bodies so strong that it could be tasted? Unpleasant, sure, but a large part of what drives multiple genres of fiction is unpleasant, and taking this into account would have made the book better.

"The Urban Setting Thesaurus" is a companion piece or complement to "The Rural Setting Thesaurus," which I also own, and which I will also get around to reading, and reviewing. Hopefully it's better than this. Tepid rec.
Read more
4 people found this helpful
Helpful
Comment Report abuse

reesah mouse
5.0 out of 5 stars Love This Series on Kindle and in Paperback
Reviewed in the United States on May 13, 2018
Verified Purchase
I love this book so much. I own the entire series on Kindle and have purchased each one as it came out. Recently, though, I realized I wanted paper copies just to have and hold and to skim through more easily to spark ideas. I had some gift certificates left over from last year, so I bought four in the series and plan to buy the other two soon. I love the way these are organized. The paper copies are beautiful as well. I’m very pleased with the content and the quality.

This particular book is organized around various urban settings, what you might see there, who might be there, function, what might happen there, and ideas for how to use the setting to push your story forward. These aren’t how-to books so much as idea-generating or helping you move past something if you are stuck.
Read more

Sacha Black
5.0 out of 5 stars Best Series for Writers EVER
Reviewed in the United Kingdom on June 26, 2016
Verified Purchase
Both the settings thesauri are fantastic. Much like the first in the series (the emotion thesaurus) it is supremely useful. I particularly like the fact each setting has accompanying suggestions on the right senses. This book is extremely generous in its quantity of different settings. If you're a new writer, this book is perfect for you to bring depth to your witting by ensuring you capture your setting adequately.
Read more
4 people found this helpful
Report abuse

Noelle@Crimebookjunkie
5.0 out of 5 stars Great reference tool for writers!
Reviewed in the United Kingdom on November 22, 2019
Verified Purchase
Great descriptions for writing urban settings - setting the scenes. I love the Thesaurus collections and use them all the time in my manuscripts.
Read more
One person found this helpful
Report abuse

The key here being contemporary. The unfortunate reason for my mediocre rating is that while the story is fantastic for contemporary stories, it offers little help for writing a story set in any kind of city that isn't a modern one. I had bought it in the hopes of it being useful to writing a city of a fantasy or Victorian setting, for which the book is ill suited.
Read more
2 people found this helpful
Report abuse

Ritu
5.0 out of 5 stars Yesss!
Reviewed in the United Kingdom on August 7, 2019
Verified Purchase
Love these books, and so excited to get this one to add to my collection!
Read more
Report abuse

Page 1 of 1 Start overPage 1 of 1
This shopping feature will continue to load items when the Enter key is pressed. In order to navigate out of this carousel please use your heading shortcut key to navigate to the next or previous heading.
Back
Next
Pages with related products. See and discover other items: books for writers, city guide, writing a novel