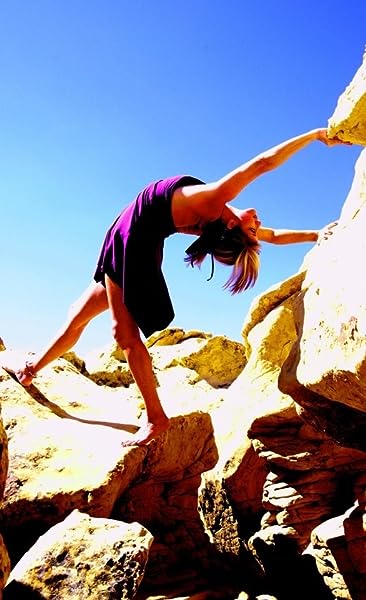 by Courtni "StarHeart" Hale (Author)
3.3 out of 5 stars 4 ratings
See all formats and editions
Sorry, there was a problem loading this page. Try again.
In this non-fiction novel on consciousness and shamanism with world famous experts, the author shares the beginning of her journey to explore the nature of Love. This kind of Love is The Field, or the Force, the web of light that ties us all together through our hearts. The book includes dream time sequences as well as scientific research. Interviews include: Patricio Dominguez, DMT volunteer and Pueblo Shaman, Roger Nelson Princeton GCP Project, Masaru Emoto, Water Crystal expert, Miguel and Jose Ruiz, Shamans and authors of The Fifth Agreement, Joseph Chilton Pearce, renowned author and lecturer on the Heart and Consciousness, John Major Jenkins, author and expert on Maya cosmology, Vanessa Vidal, TM Foundation, and more. This unique novel based on Visionary Artwork (which can be found at www.CourtniHale.com) and scientific research bridges the gap between our modern knowledge of science and quantum physics, neurology, engineering anomalies, biology and many ancient traditions such as shamanism, yoga, calendrics and cosmology, prophecy and more. This is a totally unique and unforgettable journey into realms little travelled. If you are interested in learning more about where science meets shamanism, and what is truly provable and possible, this is the book for you. The chapters outline the authors progress in deconstructing her reality from that of a regular western businesswoman to a cosmic consciousness, free of space and time, visiting an ecovillage in a future potentiality which she must reach by responding to her dreams and opening doors to new possibilities. Excellent guide to the basics of Shamanic practice, Lucid dreaming, meditation, holistic cosmology, heart and mind connection and more. For those interested in Sustainability, Plant Medicine, Native American Indian culture, or Consciousness, this is s must.
Read more
Previous page
Next page

This book details one of the greatest adventures life offers...Jumping headlong in tot he unknown, following your heart, unwrapping the gifts that the Great Mystery sends.It was the hardest and yet most undeniable thing I have ever done, to walk away from my marriage, my home and family, and take my very young children into the wild beyond without knowing what would happen.Something called me, something was talking to me and I could not ignore it, but only try to establish a common language to communicate with it.With all my love, I hope that it inspires you to follow what Spirit whispers in your ear, find the sacred sweetness and passion that is the secret to why you came here.

I am an artist and spiritual adventurer, eternally in love with life and the mystery of how light and matter dance together through us, they children of Father Sky and Mother Earth.CourtniHale.com  for Art and Blog

This is Courtni "StarHeart". I am an Artist (www.CourtniHale.com) and Activist who 'lost her mind' and rediscovered it through years of training and dedicated practice to diverse spiritual traditions. This first book in my series documents the process where I received visions and guidance from Spirit, and followed them, including scientific research, interviews and illustrations.

Later I went on to study with a Pueblo Shaman, and was required to study many things in order to satisfy the baseline requirements to begin a practicum. Herbalism, Seed Sovereignty, Yoga, Martial Arts, Esoteric studies and more were part of the path to being allowed into years of study of Shamanism.

Shamanism, essentially, is Energy Mechanics. This Ancient Science has existed since the beginnings of humanity in our world, and its a wonderful dance between Spirit and Matter. No one culture developed it, but rather, all cultures. Before, during and after organized religion is our Ancient Art...

I also hold several degrees from American University, and was honored to be a National Merit Scholar at their School of International Service in Washington, DC. After years of rigorous study I also was awarded a certificate in Shamanic Study, a Ministerial degree from the Church of the Spiritual Path - a living breathing PhD in Spiritual Practice.

In our times, we need Bridge People, like you and me, to cross over the Old Ways into the New, to hold hands with our Youth to make a crossover so that our species might continue in a beautiful way on our Sacred Earth.

Join me on these adventures into the vast expanse of the Mind and Heart. Much Love to You.

Tyhson & Serah
5.0 out of 5 stars Conscious Evolution
Reviewed in Canada 🇨🇦 on February 21, 2017
Verified Purchase
This book provides us with the scientific evidence that through collective positive consciousness we can change the world and it only takes 1 percent of of us to collectively manifest this into reality.
Read more
Report abuse
See all reviews