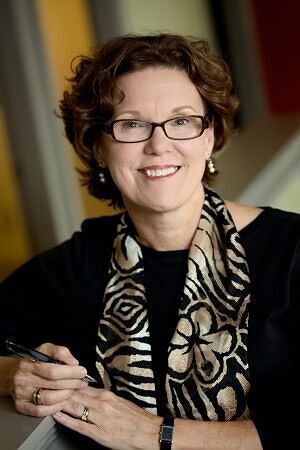 "Santa's Story" by Will Hillenbrand
Reindeer merriment abounds in this charming yuletide tale about honoring the celebration of holiday customs with those you love. | Learn more
click to open popover

Grade 4-6-Booker Jones, 12, aspiring author, has just completed his 22nd manuscript, Space Cows. He hopes to follow in his journalist grandfather's footsteps. But ever since Pop broke his hip and moved into Booker's room, he's been uncommunicative. The boy loses himself in his writing, trying to forget about his family problems and his failure to conquer long division. When the PTO organizes a rally to change the school mascot from the Wolf Pack to the Fighting Pickles, Booker is asked to give a convincing speech to prevent the change. For once, though, he suffers from writer's block. At the same time, he comes to realize that Pop will be staying with them permanently. On his way to the rally he has an inspiration; his speech is a rousing tongue-in-cheek success and is published in the local newspaper. Booker shares the joy of being published (finally!) with Pop; the elderly man only blinks in response, yet he is clearly pleased. This lighthearted story is well paced. Characterizations are well established considering the novel's brevity. Without even speaking, Pop is a dominant secondary character-the person from whom Booker draws his strength. Similar in plot to Betsy Byars's The Two-Thousand-Pound Goldfish (HarperCollins, 1982), this quick read would also make a good classroom read-aloud.
Bonnie L. Raasch, C.B. Vernon Middle School, Marion, IA
Copyright 1995 Reed Business Information, Inc.

Gr. 5^-7. Forced to give up his room to his ailing grandfather, fledgling sf writer Booker Jones is living under the dining room table, a situation that seems to be affecting him strangely. Never mind that he is convinced his father has turned into a coffee cup, Booker's real problem is the writer's block that is keeping him from completing his work-in-progress, Space Cows, and delaying his dream of becoming a published author. His dream is finally realized, but not because of a science fiction masterpiece. Rather, it's fulfilled because of a deeply moving speech he delivers at, of all places, the Pickle Springs Middle School rally. Booker is not exactly your average 12-year-old, but his dilemmas, which range from a bratty big sister to long division problems, are common ones. The tender scenes between lovable Booker and his invalid grandfather are especially effective. Lauren Peterson

Phil 413Top Contributor: Cross-Stitch
VINE VOICE
5.0 out of 5 stars Successful recipe for an addicting read!
Reviewed in the United States on October 5, 2001
Some kids live for football games; some kids live for recess or weekends; Booker Jones lives to write.
I like the way the author intersperses Booker's creative endeavors (Attack of the Sistoid, for example) with the action of the book - the reader seems to be comfortable sitting under the dining room table (Booker has given up his bedroom for his grandfather) with him as he creates replies either in his mind or on his old typewriter to his sister's teasing or his mother's orders to finish homework and help take care of his grandfather; readers will probably also understand Booker's feelings of fighting a wandering mind during his least favorite subject (math).
Seems I experienced an equal amount of laughter and tears. The problems Booker (and his family) experience are ones that are realistically dealt with, and made interesting by the author- the story was fast-paced without losing the reader. The ending seems just right and doesn't force the reader to hunt down the sequel in order to answer questions... which may be the reason why I'm just as interested in hunting down that sequel as soon as I can!

Glo Pelcher
5.0 out of 5 stars awesome writer & awesome book!
Reviewed in the United States on August 21, 2000
i can't really give a detailed review of this book b/c it has been a while ago since i read it but i do remember it being really great. betsy duffey is an awesome writer.
Read more
Helpful
Comment Report abuse
See all reviews