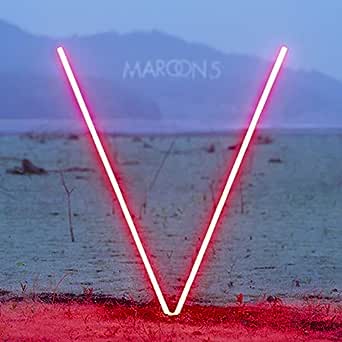 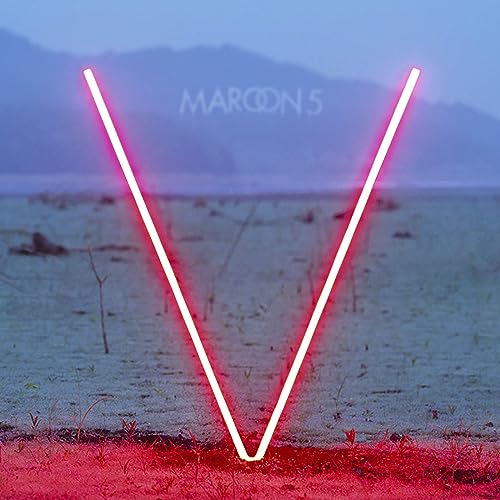 Cassandra Silvola
5.0 out of 5 stars V is for Very Good!
Reviewed in the United States on November 26, 2015
Verified Purchase
I don't know why it took me a whole year to get to this album. I read some reviews about a year ago, when it came out, and some people said it sounded like modern garbage. I will admit that it definitely sounds different from Songs About Jane, but is different always a bad thing? I love the music here. It's also lucky that I get to have the clean version of this album because the original had an honest overusage of swear words. This may seem like modern pop, but Adam Levine's distinctive high voice and the structure of the songs help it stand out.

Maps: This was the first single on the album, so I bought it before everything else. It's a bit light to start, but then bursts out when the pop chorus comes. Adam's fast voice was fantastic. This song can get a little old after a while, but that's true with anything. (9/10)

Animals: I'm not sure what to rate this one. I LOVE the base, vocals, and beat here, but the lyrics are sickening. (?/10)

It was Always You: This song is really good. It started off a bit slow, but then gradually built. It also really made me want to bop my head. I like it, but it feels a bit too long. That's not a huge problem, but I'm just saying. (8/10)

Sugar: You may recognize this one from the radio. I think it could be better, but I still really enjoyed it. I can see some people thinking of it as forced modern garbage, but it's a fun song. This is the most popular song on the album, I hear, and for a good reason! (8.5/10)

Leaving California: This song had a pretty big impact on me. It's a slower song about having to deal with a loved one going away. I loved the refrain of "I won't let go," which felt sweet. And of course, there's the music, which is kind of sad, yet epic. This song really deserves more love! (10/10)

In your Pocket: We speed it up a little after the previous track. This one focuses a little more on the drum-work, which, by the way, is impressive, and the repetition of the lyrics was awesome. There was also a part where Adam started saying "show me yours," which was kind of funny, something that Maroon 5 is usually not. (9/10)

New Love: This song is really good. There is a combination of synth and beats that make it feel like a modern version of classic Maroon 5. (8.5/10)

Coming Back for You: Just from the beginning, I knew I was going to love it. The beats, the vocals, the bass, it all forms this masterpiece. Towards the ending, it got even better, when there was a part where Adam just started saying "yeah" and some of the parts from the beginning came full circle. This is the best song on the album. Just listen to it and see for yourself! (10/10)

Feelings: Wow... Adam's voice can get high! Don't let that put you off, though, this is still a good song. It sounds like it's trying to be edgy at first, until the chorus kicks in, which is pretty good, minus the part where Adam screeches "I've got these FEELINGS for you!", which is kind of annoying. I also liked how it sounded like someone said "it's fine" at the end. (8/10)

This Summer: I wish they didn't release this song after the rest of the album so that I could have bought it with the rest of it! That's not a problem with the actual song, though. The lyrics aren't the greatest, but I love how the chorus in the censored version says "ah-ah," instead of... you know. It sounds a bit heavier than the other songs, which is a little different, but definitely not bad. (9.5/10)

My Heart is Open: At first, this may sound like Maroon 5's typical "forced ballad" closer, but it's much more than that. This song is honestly close to beautiful. There are some slower parts where I didn't even know the band could get that slow. The harmonies between Adam and Gwen Stefani are fantastic. I love how they just said "yeah, yeah, yeah" towards the end. The track ends the album on a high note... literally. (9/10)

Suzy
5.0 out of 5 stars Another amazing album by Maroon 5
Reviewed in the United States on August 12, 2015
Verified Purchase
Every song is great. If you're a Maroon 5 fan, you won't be disappointed. I wish I had something more insightful to share about it, but I don't. Such a talented group.
Read more
Helpful
Comment Report abuse

Beverly
4.0 out of 5 stars bev
Reviewed in the United States on November 8, 2015
Verified Purchase
I like this.
Read more
Helpful
Comment Report abuse

Melissa Davis
5.0 out of 5 stars Great Album
Reviewed in the United States on November 7, 2015
Verified Purchase
I enjoy most of the songs, great decision to buy.
Read more
Helpful
Comment Report abuse

Hope
5.0 out of 5 stars Good album.
Reviewed in the United States on September 4, 2015
Verified Purchase
Great from the first song to the last.
Read more
Helpful
Comment Report abuse
See all reviews