V-Wars, Vol. 3: Night Terrors and millions of other books are available for Amazon Kindle. Learn more 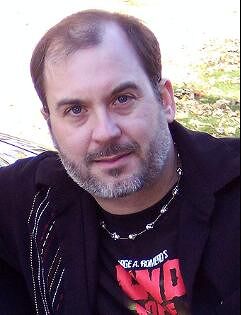 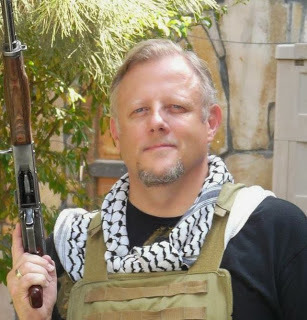 "The Devil Wears Black" by L.J. Shen
From author L.J. Shen comes a second-chance romance about love, loss, finding yourself, and getting lost in the right person. | Learn more
click to open popover

"The myriad of blood-sucking entities exposes readers to creatures of lore that are often maligned for the stereotypical vampire (There are no sparkling vamps in this book.), which should interest readers. Coupled with prejudices arising from the concept of “other” along with other societal issues should supply readers with thought-provoking, multi-layered stories that transcend the sheer entertainment value of this collection." –Fanbase Press

Jonathan Maberry is a New York Times best-selling and multiple Bram Stoker Award-winning suspense author, editor, comic book writer, magazine feature writer, playwright, content creator, and writing teacher/lecturer. He was named one of Today’s Top Ten Horror Writers. His books have been sold in more than two-dozen countries.
Among his numerous book and comic credits are the shared-world anthologies V-Wars and its sequels, V-Wars: Blood & Fire, V-Wars: Night Terrors, and V-Wars: Shockwaves; the X-Files short story anthologies The Truth Is Out There, Trust No One, and Secret Agendas; the V-Wars comic series; and the comic series adaptation of his zombie novel Rot & Ruin; all from IDW Publishing.

James A. Moore is the award winning author of over twenty novels--thrillers, dark fantasy and horror alike--including the critically acclaimed Fireworks, Under the Overtree, Blood Red, and the Serenity Falls trilogy (featuring his recurring anti-hero, Jonathan Crowley). He's also written comics for Marvel and over twenty role-playing supplements for White Wolf Games.

Larry Correia is a fantasy and thriller writer, firearms instructor, accountant, and retired Merchant of Death. He describes himself as “Male. Very large. Very bald.” He lives in Yard Moose Mountain, Utah (his name for it). He's best known as the writer of the Monster Hunter series of horror fantasy novels.

Scott Sigler is a #1 New York Times best-selling author who's written fifteen novels, six novellas and dozens of short stories. He lives in San Diego, with his wee little dog Reesie. Both Scott and Reesie are diehard Detroit Lions fans.

Weston Ochse is a former intelligence officer and special operations soldier who has engaged enemy combatants, terrorists, narco smugglers, and human traffickers. His military sci-fi series has been praised for its PTSD-positive depiction of soldiers at peace and at war. Weston likes to be called a chaotic good paladin and challenges anyone to disagree. A writer of more than 26 books in multiple genres, his supernatural military series SEAL Team 666 has been optioned for film. He is married to writer Yvonne Navarro.
Start reading V-Wars, Vol. 3: Night Terrors on your Kindle in under a minute.

BeckyFS
3.0 out of 5 stars Stories unique, execution lacking
Reviewed in the United States on August 30, 2016
Verified Purchase
Love this series, but this volume seemed rushed. Dinging the book mainly because of the typos. I am really frustrated with paying print prices for substandard ebooks. Use the money saved on paper and hire a proofreader!
Read more
One person found this helpful
Helpful
Report abuse

Big Bevo
3.0 out of 5 stars Pretty fun and quick read.
Reviewed in the United States on June 8, 2016
Verified Purchase
I've read the first two v wars books and really enjoyed them. This one has a different pacing and it seemed more scaled down from the previous two. The character vampires and the different versions of them are not new and the few that are we barely get to know at all.
Read more
Helpful
Report abuse

Kindle Customer
4.0 out of 5 stars Excellent narration
Reviewed in the United States on November 15, 2015
V Wars: Night Terrors, the third book in the V Wars series, was released in October 2015. It probably is not totally necessary to read the first two in the series before Night Terrors but it would help. I did read V Wars first and now Night Terrors. I did not realize I was missing the third book, Blood and Fire so I did get a little confused on one point. Like the original Night Terrors is written by several authors, Lucas Mangum, Jonathan Maberry, Jeremy Robinson, John Everson, Larry Correia, and Tim Waggoner. Each author is responsible for writing one or more of the fifteen different stories that make up the whole.

The premise of the V Wars books is that a piece of dormant human DNA somehow become activated creating vampires and werewolfs. The first book dealt with the original event and its immediate aftermath. V Wars: Night Terrors takes place at least eighteen months or more after the original event. A war has broken out between the “beats” (normal humans) and the “bloods” (vampires). It is not that simple though. It is not just human vs. inhuman. Some humans work with vampires and some vampires with humans. Some are trying to eradicate the others while some are trying to find a way to coexist.

I did enjoy Night Terrors but not as much as the original V Wars. One reason was there was more sex. I thought it was unnecessary for moving the story forward. It just seemed to be gratuitous, like the nudity in Game of Thrones. The other problem I had was the types of vampires. In V Wars, there are vampires, period. There are the beginnings of an introduction to specialization within the species but in Night Terrors it explodes. There were so many different types of vampires with different abilities and exotic names I could not keep them straight. At all. Just mentioning what type of vampire one was did not tell me if it was sun sensitive, extra strong or drank life essence instead of blood. It was just too much to keep track of for me.

I did enjoy what I perceived as social commentary. In one story, “A Day in the Life” part 9, the action centers around the man who produces vampire reality shows. His biggest hit follows female vampires who live in the Hamptons. They discuss whether to have their fangs gold tipped and if chinchilla blood really the best. Think of Real Housewives of wherever gone horribly wrong and you get the idea. He also produced shows that were vampire on vampire violence, even an Amish Vampire, which he admitted was totally scripted.

The production values were perfect. The narration was excellent. I think Stefan Rudnicki sounds like the author Benjamin Percy and had to check the credits to see who it was narrating. Gabrielle de Cuir and Stephen Hoye were fantastic. Jamye Meri Grant was great. The only problem I had was Sunil Malhotra. He has a lovely voice but at times he spoke too softly. I would need to back up, raise the volume and then lower the volume after that particular passage. Overall it was an excellent audiobook. I would rate it 4 out of 5 stars overall: Plot 4, Performance 5, Production 5, and Attention holding 4.

"This audiobook was provided by the author, narrator, or publisher at no cost in exchange for an unbiased review”

Nathan Tullis
5.0 out of 5 stars Almost as good as Hippo's frostiing
Reviewed in the United States on February 23, 2016
*I received a free copy of this audiobook for review from Audiobookreviewer.com*

I cannot get enough V Wars; I read the comic, listen to the audio books, and I am excited as I wait for the V Wars Board Game coming out December 18. These collections of short stories have been a journey; each installment adding to and progressing the already vast world. It started with a seemingly simple idea that has spread and grown into it’s own entity, it’s own world.

There are so very many different types of vampires in these stories, all specific to one’s ancestry. The tales told within match the broad scope of the vampires themselves, covering many different aspects of human, and now vampire, life. They are all intriguing; luring you in, each story individually, with a distinct perspective in relation to the Vampire Wars, and a unique story to be told. Most of them kept me very interested. Which is impressive for an anthology, as jumping from one writing style to an entirely different one can sometimes take me out of the story. This did not, thanks in large to the editor.

As editor, contributor, and creator of the V Wars franchise, Jonathan Maberry shows us all yet again he is an expert in storytelling. The editing was exceptionally done. He brought together individual stories and writing styles in a way the kept the momentum throughout and the story cohesive. Blending black-op thrillers, horror, political intrigue, and drug wars with vampires seems a daunting task in my eyes. My hat is off.

Just as well done was the narration. With veterans like Stefan Rudnicki and Gabrielle de Cuir at the helm it was really no surprise. Every reader delivered a great performance that matched the setting and characteristics of each tale. The sounds were crisp and clean with no background noise. The talented folks at Skyboat Media and Blackstone deliver yet again.

There is definitely something to like for most people between these pages. The ingredients of these chronicles are blended perfectly. It’s almost as good and The Hippo’s frosting.

Seth A. Tucker
4.0 out of 5 stars Fun anthology with great monsters and action
Reviewed in the United States on March 15, 2016
While this is not the first book in the V Wars series that does not matter. I've never read any other works based off of this series by Jonathan Maberry, and I was fine. The collected writers in this volume provide you with more than enough background information in fun and exciting ways that you can start at page 1 and be fully up to speed. This book collects an amazing batch of talented writers. Larry Correia, James Moore, Tim Waggoner, and Jonathan Maberry are just some of the impressive authors lending tales to this anthology. A great read for fans of these writers, or people that enjoy inventive vampire stories.
Read more
One person found this helpful
Helpful
Report abuse
See all reviews