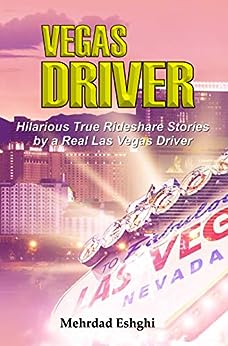 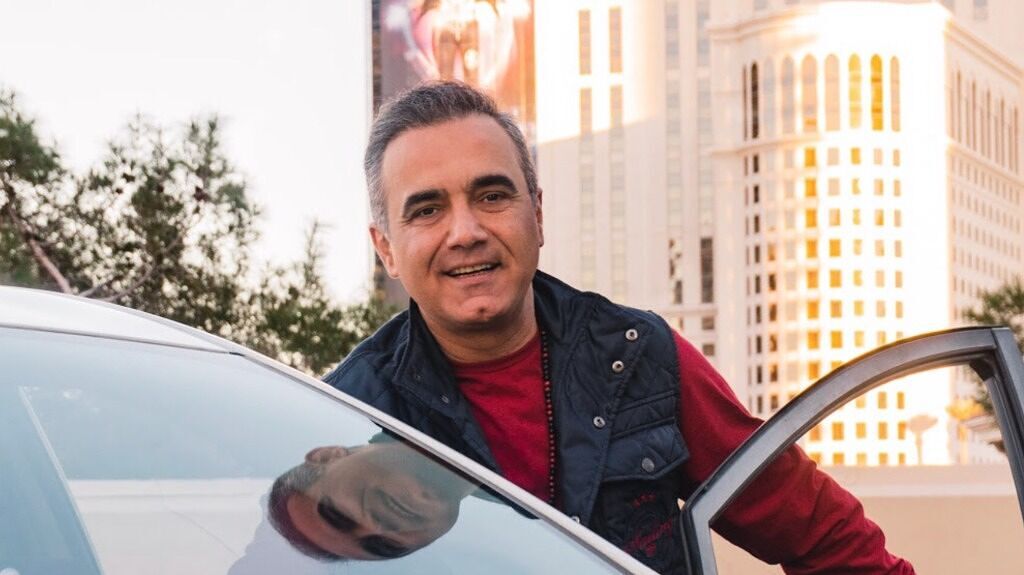 by Mehrdad Eshghi (Author) Format: Kindle Edition
See all formats and editions
Sorry, there was a problem loading this page. Try again.
The idea of "VEGAS DRIVER" popped into my brain in Las Vegas in 2017. As a long-time Uber and Lyft driver since 2013 and 23,000 completed rides. I thought it could be great to collect and develop all stories while driving and giving rides to people with my all artistic background. I have seen many unbelievable incidents and situations while driving for Uber and Lyft. The "VEGAS DRIVER" is a storybook series that contains crazy, funny, sad, incredible, engaging, and entertaining stories. It is also a very informative book about all minor and significant blind spots and issues in rideshare companies' platforms and policies. VEGAS DRIVER will be informative and guidance for drivers, riders, or readers in a fun style. The VEGAS DRIVER is my first book in English, and I will continue to write and edit more books with the name of VEGAS DRIVER SERIES of six. Also, wait for the AUDIOBOOK version of the VEGAS DRIVER. In the VEGAS DRIVER BOOK SERIES, I try to add something to your knowledge about RIDESHARE and RIDESHARING to find your answer. If you are Rider or Driver, you will be prepared and knowledgeable to have better experiences when using these platforms by reading this STORYBOOK Series. Uber and Lyft might disagree with me, but my goal is to help more people understand how to use the service and what to expect. When you are reading this book series, I hope you can feel yourself in my shoes. I am very excited to be sharing all my stories as a long-time experienced rideshare driver with you. I hope you read, enjoy, and recommend this book to your friends. For more info, please, visit and subscribe to the VEGAS DRIVER website: vegasdriver.us
Read more
Previous page
Next page

• I am married, and I'm blessed with two beautiful daughters

• My Father, Mohammad Ali Eshghi, is a well-known master Artist in Calligraphy and Painting in Iran.

• Official singer and poet at "Music Center of IRIB" (Islamic Republic of Iran Broadcast), with over 150 live interviews and performances on the T.V. (2001-2009)

• One music albums in Farsi

• Art of Concierge Certification, from TISOH, 2017

• Management and Operation Certification, from AHLEI, 2017

• Driving for Uber since December 2013

• Driving for Lyft since September 2015

Please visit my websites: www.mehrdadeshghi.com and www.vegasdriver.us for more information.

Amazon Customer
5.0 out of 5 stars The all Stories inside the book
Reviewed in the United States on June 6, 2021
I like the way writer explain and telling his experience of all those crazy and fun & hilarious story about his ride in vegas. I Like the vision & perspective of the rider about all story and his reaction to them.and I guess all these crazy stories can only happen in VEGAS.
Images in this review

Ava A
5.0 out of 5 stars Length
Reviewed in the United States 🇺🇸 on August 6, 2021
Verified Purchase
I really enjoyed reading this book. I don't like super long stories and this was the complete opposite of that which I loved. I also thought it was cool how I got to see things from the driver's perspective rather than a passengers. Safe to say that a lot of crazy stuff happen on these rides..
Read more
Helpful
Report abuse

Adam
5.0 out of 5 stars Funny and informative
Reviewed in the United States 🇺🇸 on September 8, 2021
Verified Purchase
I read this book, i kinda like the story it was interesting and funny and sometimes i can't believe people donthese stuff in Uber, i was impressed by general i like it it was somthing new and fun to read
Read more
Helpful
Report abuse

Mohammadreza
5.0 out of 5 stars Great original stories!
Reviewed in the United States 🇺🇸 on June 11, 2021
Verified Purchase
They are funny, simple, and well-written in the shortest way! Besides, being entertaining, it is informative book.
Read more
One person found this helpful
Helpful
Report abuse

Paniz
5.0 out of 5 stars Funny stories
Reviewed in the United States 🇺🇸 on July 13, 2021
Verified Purchase
It’s an amazing book, with short and funny stories of other’s experiences in Vegas.
Read more
One person found this helpful
Helpful
Report abuse

Neil Singhal
1.0 out of 5 stars Bo........ring!!
Reviewed in the United States 🇺🇸 on June 17, 2021
Verified Purchase
How can someone write a book about Vegas and make it unbelievably boring?
Read more
One person found this helpful
Helpful
Report abuse

Ali.JJ
5.0 out of 5 stars The all Stories inside the book
Reviewed in the United States 🇺🇸 on June 6, 2021
I like the way writer explain and telling his experience of all those crazy and fun & hilarious story about his ride in vegas. I Like the vision & perspective of the rider about all story and his reaction to them.
and I guess all these crazy stories can only happen in VEGAS.

5.0 out of 5 stars The all Stories inside the book
By Ali.JJ on June 6, 2021
I like the way writer explain and telling his experience of all those crazy and fun & hilarious story about his ride in vegas. I Like the vision & perspective of the rider about all story and his reaction to them.
and I guess all these crazy stories can only happen in VEGAS.