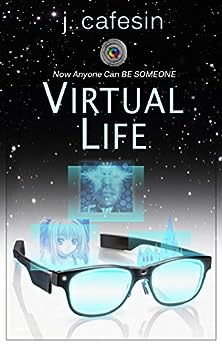 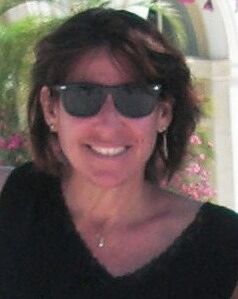 by J. Cafesin (Author) Format: Kindle Edition
See all formats and editions
Sorry, there was a problem loading this page. Try again.
Your life boring?
Experience EXTREME sports, without the risk!
Perform open heart surgery with no medical degree.
Chase tornadoes in Kansas from your couch in Los Angeles.

You LONELY?
Troll for a MATE, and date virtually, LIVE!
Experience the life of a Stanford or Harvard student before applying to attend.
Get into all the exclusive clubs without waiting in line, or rejection at the door.

Immerse Yourself in Another's Reality
Or LIVE STREAM your story, and Create Your Epic.

Now Anyone Can BE SOMEONE!

Other works include her fantasy YA/NA/A crossover series, Fractured Fairy Tales of the Twilight Zone. In Volume #1, Fractured Fairy Tales Meets The Twilight Zone in this collection of four “uniquely captivating,” edgy, fantastical character-driven tales, each sprinkled with a touch of magic, and a powerful message that lingers long after the reads…“5 Stars. Great read for young adults, and even some not-so-young adults.”

The Power Trip (the first in the upcoming fantasy series) follows the misanthropic adventures of four Stanford students who implement an online game in which players manipulate each other using predictive modeling. Due to release summer 2015.

Her essays and articles are featured regularly in national publications. Many of the essays from her ongoing blog have been translated into multiple languages and distributed globally: http://jcafesin.blogspot.com

She resides in the San Francisco Bay Area with her husband/best friend, two gorgeous, talented, spectacular kids, and a bratty, but cute Shepherd pound hound. Find her on Facebook and Twitter.

Beth Muscat
5.0 out of 5 stars A great techno/sci-fi read
Reviewed in the United States 🇺🇸 on June 18, 2015
Have you ever thought about doing something that you wouldn't normally do? Hand gliding over a mountain top or swimming with a shark? Or maybe doing something even more daring like voyeurism, watching someone as their life goes by?

Imagine having a pair of glasses that could make you "see" and "do" these things...spy on neighbours one moment, recording as you go; the next moment you're skiing down a hill.

Fast paced with a great plotline. Any techno/sci-fi fans out there will love this short story. A great read, and worth the money.
Read more
2 people found this helpful
Helpful
Report abuse

Jeff Reed
5.0 out of 5 stars One hell of a ride!
Reviewed in the United States 🇺🇸 on June 19, 2015
Get a glimpse of tomorrow, and I mean tomorrow, because someone's going to read this and make this app. This incredibly fast-paced story sharpens the lens on the near future, when everyone is recording their lives through their “smart glasses.” It's written more like a screenplay than a short story, mostly told through the app's point of view, from those creating content to those watching it.

After years of just watching life pass him by, Dylan, a self-proclaimed geek, starts recording his "story", and chaos quickly ensues. A budding romance, a suicide, a murder are all seen from a first-person perspective, and it's a relentless rollercoaster ride. I was completely hooked, read it in one sitting, and then read it aloud to my love. Don't miss this. And God yes, I hope someone is smart enough to option it for a movie!
Read more
Helpful
Report abuse

jeijeiroja
5.0 out of 5 stars She's hooked me again!
Reviewed in the United States 🇺🇸 on June 19, 2015
Wow! *EDtv* on steroids! *Virtual Life* is a rocket-fast, prophetic story of a Google Glass app that lets everyone and anyone live-stream their lives. This is the highest calibre of technothriller. *Virtual Life* incorporates today's technology, with a view to the future of what smart glasses hold in store for us all. It presents a dark and totally arresting vision of our societal obsession with being seen: getting Views, Likes, Favorites, Comments—anything to be noticed and acknowledged, and to achieve a kind of immortality through the most intrusive kind of fame. I love Jeri's work, and with *Virtual Life* she's done it again. Highly recommended read!
Read more
Helpful
Report abuse

Royce D. Everone
5.0 out of 5 stars Engrossing Page-Turner - Exciting
Reviewed in the United States 🇺🇸 on June 18, 2015
I think this is a positive take on VL…and perhaps it does provide a glimpse into us humans, while revealing a darker side. I LIKE IT…a very interesting and engrossing story! It was a page-turner. I wanted to continue reading it until the end. So I did!!
Read more
One person found this helpful
Helpful
Report abuse
See all reviews
Report an issue
Does this item contain inappropriate content?
Report
Do you believe that this item violates a copyright?
Report
Does this item contain quality or formatting issues?
Report