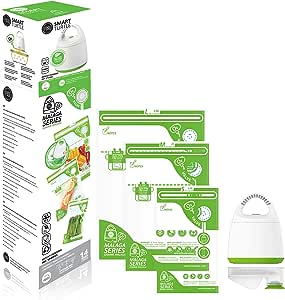 by FOSA
4.0 out of 5 stars 20 ratings
Available at a lower price from other sellers that may not offer free Prime shipping.

4.0 out of 5 stars
4 out of 5
20 customer ratings
How does Amazon calculate star ratings?
Amazon calculates a product’s star ratings based on a machine learned model instead of a raw data average. The model takes into account factors including the age of a rating, whether the ratings are from verified purchasers, and factors that establish reviewer trustworthiness.

WhoAmI?
1.0 out of 5 stars Have you tried to change the batteries yet?
Reviewed in the United States on May 5, 2020
Verified Purchase
Never in my decades of existence have I ever come across such a poorly designed product. The battery compartment is designed in such a way that you cannot simply take the batteries out to change them. There is literally not even a milimeter of space where you can take two fingers to pull one of the batteries out. Instead you have to find a pair of tweezers or a thin metal to scrape the batteries out with. You WILL destroy the covering of your batteries when removing them as whatever tool you use to try to pry them out will scrape the batteries. So you can't safely use rechargables.
Read more
One person found this helpful
Helpful
Comment Report abuse

Rae
4.0 out of 5 stars Very Good, Could Be Better
Reviewed in the United States on December 18, 2019
Vine Customer Review of Free Product( What's this? )
This vacuum system is a five star system when it comes to the ability to replace bags after multiple uses. They sell their bags in batches including the different sizes together or, if you prefer, sizes in batches of only one size per batch. This is a wonderful feature that not all manufacturers have. Some will sell you a kit, including your vacuum device, with bags, and make you buy another full kit when you want to replace your bags. This manufacturer wins that contest by a landslide, with many reasonably priced bag-only kits.

This vacuum device is not the best. It has difficulty latching on to the bags, in order to remove the air inside the bags. I find that I am constantly having to alter the position of the device in order to get it to start removing air again. Additionally, I have to press harder on the bags themselves, than with other devices, to get the device to be able to sit flat enough to remove air. On the one hand, it is nowhere near the worst I have used. Actually, it is closer to the best, but not the best and not the second best. Their seal just doesn't catch properly such that it is a bit difficult to get the air out without moving the device a few times per bag. The bag sealer is useless. You really are better off just using your fingers, the old way, to seal the bags in the first place. That is true of every set I have ever tried, so I am not taking any stars off for that.

Overall, this is a very good device, solid and effective. It is not a five star device because it has to be moved too often, in order to engage with the bags' valve, and because it requires too much pressure to be placed on the bags themselves. I have had one pop open along the top, such that it had to be re-sealed, due to pressing on it too hard. That shouldn't happen, but, unfortunately, you have to press the bags in order to keep the valve as flat as possible, while using the device to remove the air. The device is leagues ahead of a manual device/pump and, of course, this will outperform those, because it is battery powered. Additionally, I love that it is a simple battery powered device. It doesn't require anything confusing or any cords, which makes it something that my little old Dad can operate comfortably.

Good luck finding a vacuum sealer and bags that will work for you. I will say that this is worth considering, given that it costs a little more than half as much as the best I have used and the replacement bags are also reasonably priced. It is a solid four star unit and sometimes that more than enough. I will be using this in the future, instead of the other, as I really don't want to pay an extra ten dollars for replacement bags from the other vendor, given how often I go through bags. The replacement bags and how much they cost is an often forgotten part of the equation, when it comes to selecting one of these, which is why I do recommend you consider this brand.

Walter
VINE VOICE
5.0 out of 5 stars Easy to use, gets the job done
Reviewed in the United States on February 10, 2020
Vine Customer Review of Free Product( What's this? )
I received a sous vide appliance as a gift a while back and did not want to spend the money for a vacuum sealer, so it sat in a drawer until I saw this system. This morning I started my first attempt at sous vide. We’ll see how it goes, but so far so good. I’m about 2 hours into the cook and all is well. No leaks.

The system includes 3 sizes of reusable bags made from BPA free plastic. While I haven’t reused any of them yet, they seem sturdy enough to be washed and reused a few times each. The vacuum pump is called a “turtle” and it is small and cordless. It operates using 4 AA batteries that are not included. The base snaps onto the bottom of the turtle for use.

I’ve used this twice. The first time was to bag some smoked, riced cauliflower that I had prepared in my smoker. The unit performed well and sealed the bag properly. This morning I’m using it to sous vide about 2.5 lbs. of chicken thighs. The bag sealed quickly and easily and has not leaked under the water.

I can’t really compare this to anything since I have never used a vacuum seal system before, but I had no problems using it and it does a good job of removing the air from the bags. It’s small, portable, and easy to operate.
Price is the major concern. It is currently $59 on Amazon. Some of the cheaper countertop vacuum sealer machines are at or below this same price. The replacement bags for those machines are less costly as well but aren’t reusable. The ones for this machine are. These bags could be cheaper depending on how often they can be reused.

Overall it is a good product and I will certainly be using it.
Read more
Helpful
Comment Report abuse

S
5.0 out of 5 stars Effective and kinda fun
Reviewed in the United States on April 18, 2020
Vine Customer Review of Free Product( What's this? )
I love this food storage system! It’s my first one, and it’s exactly what I hoped for. I was a little worried after reading reviews that talked about it being hard to get the pump seated properly on the bags, but in practice it isn’t a big deal at all. Yes, sometimes it’s a little tough to get it in the right place, but it isn’t as if it takes all day to find the sweet spot. My partner makes fun of me because I take so much joy in watching all the air get sucked out of the bag. Come on, it’s very satisfying!

I did have an issue with one of the bags the other day. I was trying to open it and accidentally pried it apart at the wrong place, so instead of opening up, it pulled the outer layer away (if that makes sense) and ruined the bag. Something to watch out for. Just make sure you’re opening the zipper part of it.
Read more
Helpful
Comment Report abuse

Dave Edmiston
VINE VOICE
3.0 out of 5 stars OK, but not great
Reviewed in the United States on April 27, 2020
Vine Customer Review of Free Product( What's this? )
I use a lot of vacuum seal bags and the waste of single-use plastics really bothers me. I've managed to eliminate so much plastic waste from our house up until now, but this is a tough one. We use bar shampoos, soda stream, etc., but I haven't managed to solve the vacuum seal bags yet.

I was hoping that these would be a good substitute, but I don't think they'll replace my rolls of vacuum bags. These don't make a good enough seal to prevent freezer burn. They're OK for sous vide, but I don't cook enough sous vide to make it worthwhile. Plus a lot of my sous vide starts out with meats that I've already vacuum sealed and frozen.
Read more
Helpful
Comment Report abuse
See all reviews from the United States