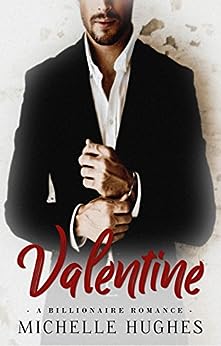 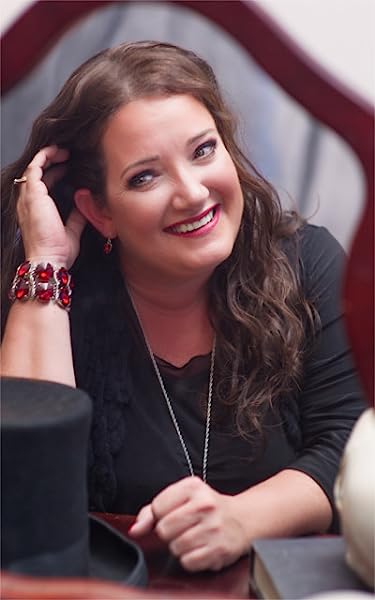 by Michelle Hughes (Author) Format: Kindle Edition
See all formats and editions
Sorry, there was a problem loading this page. Try again.
They call me Valentine but if you're looking for hearts, flowers, and happily ever after, you've met the wrong man.

I want my women on their knees, surrendering to their darkest desires. I'm a sadist, and I don't make excuses for what I need. I don't care what the romance books say, a virgin has no place in my world. When I meet Grace, I know I should walk away but because of me her life is in danger and she needs my protection. I'm her boss and the only man that can keep her safe. The only question is, who is going to save her from me?

The first time I'm attracted to a man and he's not only my boss but some kinky pervert. The idea of me being his sex slave is insane, so why can't I stop thinking about submitting to this fantasy?

I'm not looking for love. I just graduated college and the last thing I need distracting me from my life goal is some sadistic billionaire with control issues. Valentine is a former black op soldier who left a military career and turned his security company into the largest in the United States. Working as his intern is a dream job I can't turn down. The trouble is, I see how he looks at me, and I'm worried if he asks, I won't be able to turn him down either.

"Unique,Riveting, Romance" The plot is one of the most unique I have come across. Just when you think you know where it is going it takes a shocking turn. *Amazon Reviewer*


"Speechless just completely dumbfounded."  This book was absolutely one of the BEST books I've ever read.  *Amazon Reviewer*

"This book was one I couldn't put down."  The author is very talented with the romance and edge of your seat thrills. *Amazon Reviewer*

Dear Reader,
Valentine was a book that challenged me to write, and at the end I was amazed at where the journey took me.  It's some ways it's a psychological romance, and I use the romance lightly even though there is steamy sexuality throughout.  Why I say that will make sense after you're read the book.  I love delving into the reasons why people react in certain ways, and Valentine gave me the ability to play out a fantasy.  If you're looking for another virgin meets billionaire romance, you're going to be surprised at where this takes you.  I hope you enjoy it, and I can't wait to hear your comments.

Truly,
Michelle Hughes --This text refers to an out of print or unavailable edition of this title.

A billionaire, virgin, psychological romance that will take you on the ride of your life.  Forget everything you're expecting and be prepared to have your mind blown! --This text refers to an out of print or unavailable edition of this title.
Read more

Michelle Hughes is an American author who writes contemporary romance. She was awarded a Kindle Press contract for her 2017 release, Cowboy Sanctuary, and has 29 other books self-published. Hughes studied journalism at Jefferson State college. Prior to a career in publishing she worked as a respiratory therapist. Michelle was also a Nashville recording artist who performed under the stage name, Regina Michelle.

Hughes lives in Verbena, Alabama with her husband. They have five children. Her goals are to continue writing and sharing her love of romance with readers. Discover more about her work at www.tearsofcrimson.com

Aimarel Garces
4.0 out of 5 stars I love your other books
Reviewed in the United States on June 19, 2021
Verified Purchase
I love HEA as anyone else does, but I was disappointed with this one. They went through so much suffering, loss and heartache for… There’s no conclusion, no resolution. It’s a anticlimactic. I was curious. I’m sorry but this is it for me.
Read more
Helpful
Report abuse

tata1211
1.0 out of 5 stars Terrible
Reviewed in the United States on March 28, 2018
Verified Purchase
I don't understand all the high reviews for this book. I did not enjoy this book at all. The h was an annoying brat who just constantly started fights with the H for no reason at all. I didn't feel any chemistry at all and I thought the twist was ridiculous. Probably one of the worst books I have ever read.
Read more
Helpful
Report abuse

maggie
1.0 out of 5 stars No need for the main character to be ace
Reviewed in the United States on April 11, 2018
Verified Purchase
Fair warning I did not finish this book, I read a few chapters then read the end to see if it got better. There is no reason for Grace to be ace. It is used as a plot point and her asexuality is misrepresented in the novel. Physical attraction and sexual attraction are not the same thing. Asexuals don't need to be fixed or just find "the one " asexuals can have sex and even enjoy it. Asexualality is defined as lack or very little sexual attraction ( it is a spectrum for a reason ) there is so few books let alone romance books with ace main character that this comes across as extremely misinformed at best and bigoted at worst. There are other ways to make a character question their sexuality without making light of a sexuality that most people don't believe in anyway. The fact that he was her boss could have been all the tension that was not needed. It did not need that extra layer added on. It feels like a bad 50 shades of Gray rip off
Read more
Helpful
Report abuse

Great story, it grabbed me from the start and blew my mind by the end! It is well written with interesting storylines filled with drama, twists, suspense, action and hot romance. Great character developed and chemistry between the two leads, Valentine & Grace. Valentine a Dom and Grace is an innocent and self proclaimed asexual. Love the build up to their relationship and the direction Michelle Hughes went with their story. Well done, very well done! Loved the characters, the leads and the secondary characters, would love to hear more of Lina and Don. Thanks for this great story!

I listened to the Audible edition, narrated by the talented Melissa Stiletto. She is s terrific voice performer and entertaining storyteller. She brings the characters to life, gives them heart and personality. Thanks for another great listen🎧

I have enjoyed Michelle Hughes' books in the past so was confident I would enjoy this one. As mentioned above it exceeded my expectations. If you like books that are creative and riveting, I would definitely give this a try. I was given an ARC of this book and chose to write a review. In fact, I couldn't wait to share my excitement about this book!
Read more
3 people found this helpful
Helpful
Report abuse

Crystal Watson
VINE VOICE
5.0 out of 5 stars Speechless just completely dumbfounded.
Reviewed in the United States on March 15, 2018
This book was absolutely one of the BEST books I've ever read. I normally do not read this genre. I actually got this book by mistake. What a wonderful mistake. I absolutely loved this book. This is Gracie's story and OMG what a story this girl has to tell. Gracie is a college student who's fixing to get her first job. When her best friend finally talks her into going to a BDSM club. Gracie is innocent to all things she thinks she's asexual. That is until she sees Valentine on stage. When there eyes meet her feelings scare the crap out of her and she runs. The very next day at her knew job who just happens to be her knew boss? None other than Valentine. What's a girl to do why faint of course. When her job puts her life in danger Valentine will do everything in his power to keep her safe even if that means tying her to his bed he has no problem with that at all. Things are never as they appear as I learned in this journey. When the truth finally comes out can Grace lose her mind and her lover? That's all I'm gonna tell you. You have to read this book.
Read more
2 people found this helpful
Helpful
Report abuse

Drifter
5.0 out of 5 stars Very good audible book and story
Reviewed in the United States on March 23, 2019
Grace has never had an interest in any man to the point she thinks herself asexual. Then she meets Valentine and realizes this is not the case. He is a dom and is very attracted to her. Much to his amazement he learns she is a virgin. When he does he slowly introduces her to his world. This is their love story that is full of steamy sex, intrigue, love, friendship, and an unexpected twist near the end. I must say I never saw that one coming.

The narrator is a very good storyteller. She gives life to the characters. I asked to listen to this book in exchange for an honest review. I enjoyed this book. I must say I had to think about the twist at the end before I could really absorb the uniqueness of it to the plot.