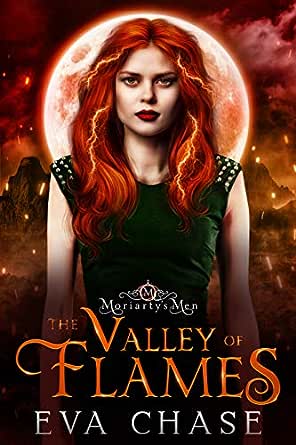 You've subscribed to Moriarty's Men! We will preorder your items within 24 hours of when they become available. When new books are released, we'll charge your default payment method for the lowest price available during the pre-order period.
Update your device or payment method, cancel individual pre-orders or your subscription at
Your Memberships & Subscriptions
There was an error. We were unable to process your subscription due to an error. Please refresh and try again. 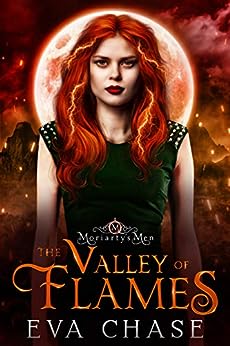 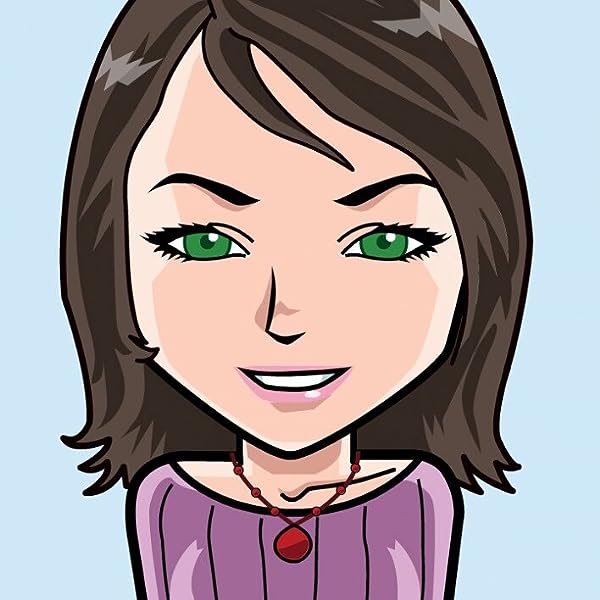 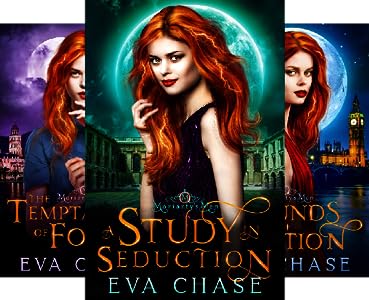 A.J.
5.0 out of 5 stars Love is elementary
Reviewed in the United States on October 31, 2019
Verified Purchase
In the final book of Moriarty's Men we were left with a literal cliffhanger in the last installment. Jemma finds herself searching for her sister who she has been thought dead since her childhood. Finding clues to her location Jemma is determined more than ever to save her sister from the shrouded folk and will risk everything to do it. She soon realizes that she doesn't need to sacrifice her feelings for the men who have come to be her cornerstones and learns how she can get further with them supporting her than going it alone. Bordering on the line of all for nothing and getting everything you desire this book will leave you breathless and wanting more.
Read more
Helpful
Comment Report abuse

Lauren
VINE VOICE
5.0 out of 5 stars Fun and unique series
Reviewed in the United States on December 31, 2019
Verified Purchase
I really enjoyed reading this author’s twist on Sherlock Holmes and company. The whole idea of a supernatural crime fighting group was unique and kept me engaged in a market that is flooded with cookie cutter stories. I think my favorite thing about this series is the way the author had managed to capture the mannerisms and speech of the various characters. They aligned so well with Doyle’s original work that if I didn’t know names, I would be able to tell that I was reading a Sherlock Holmes character. Overall the series was fantastic and imaginative! I highly recommend this series to anyone who enjoys classic retellings with RH twists.
Read more
Helpful
Comment Report abuse

Rhaysha
5.0 out of 5 stars Fantastic
Reviewed in the United States on December 29, 2019
Verified Purchase
What do you do when you finish reading the best rh series you've ever read? You hunt down everything else that Eva Chase has written that you haven't read yet. Off to do that now. She better get to writing, I'm starting to run out of my fix! 😂
Read more
Helpful
Comment Report abuse

D.Glenn
5.0 out of 5 stars Good Ending!
Reviewed in the United States on September 21, 2019
Note: I received this book from the author and I voluntarily give this review, it is my honest opinion.

The time has come, The Valley of Flames is the fourth and final book in the Moriarty's Men series and it was a perfect ending to a very good series, I loved it.

Jemma has been preparing for this day every since she was able to escape the cult, it's time to stop the shrouded folk and bring down their twisted cult. After her betrayal, Jemma really has to count on her right-hand man, Bash, in order to pull off this grand plan. However, Jemma doesn't realize that the shrouded folk have a bigger plan in play and she and Bash might not be able to take them down alone.

I am very sensitive to the characters I read about, especially if I love a book. I dive deep into their world and get very attached to the characters, as well as invested in their futures. So, after the events at the end of book three, I was terrified to read what Jemma's fate would be. While I did have stressful moments Eva has done a wonderful job with the story, the growth of all the characters so far and the story itself was so compelling, I read The Valley of Flames in one setting. The best part about the story was the complicated relationships between Jemma and everyone, not only are things not black and white but Jemma has shown such growth because of the men in her life and she has affected them in positive ways as well.

The Valley of Flames is an excellent ending to a series with adventure, masterminding, emotional situations, analytical thinking, a major plot twist, and relationship drama to make the story interesting. All of my questions have been answered and while I hate saying goodbye I enjoyed the ending more than I could have hoped for.
Read more
Helpful
Comment Report abuse

mauireader
5.0 out of 5 stars This Beautiful, Brilliant, Complicated story was awesome
Reviewed in the United States on September 22, 2019
I am in awe at how well this story was done, I thought before reading there is no way to make a reverse harem story with Sherlock Holmes and a female Moriarty. Boy was I wrong, this story kept me engaged to the end, the story flowed so well with an excellent plot that never ceased to keep me on the edge of my seat. I definitely did not want the story to end but at the same time so glad it did. A creative mystery with paranormals, several well done sex scenes that were just perfect, not too much and not too little. Each of the 5 main characters were so different from each other. With the exception of Bash, (who I think is new, I do not remember him from Sherlock Homes stories) each one maintained their true personalities from the original series of old. In keeping their personalities true to form they all had a tough time trusting each other but worked towards a goal of trust and teamwork. Again this was so well done as it was woven into the story in a way that was not forced. There is a suspenseful magical feel to this story with so many elements that it keeps you guessing to the very end. And the end was so very satisfying, with an unexpected twist, but very well done. I received this book for free and voluntarily reviewed.
Read more
Helpful
Comment Report abuse

M. Fritz
5.0 out of 5 stars One Whopping Conclusion
Reviewed in the United States on September 20, 2019
What happens when all your carefully plotted plans don't follow their hoped for path? Jemma has a few hiccups throw her way in this brilliant series conclusion that makes you want to stand up and cheer! She does her best to roll with those twists and struggles to keep her guys safe. But with feelings being thrown into the mix things just complicate all of her careful machinations. We see some different sides come out to play with all of these characters and it makes you flip through the pages rather quickly. From start to finish this series has been a whirlwind of matching wits and dueling emotions. It's a fast paced thrill ride that you'll happily buckle up for. I loved the epilogue! It gave me everything that I could have wished for. Ms. Chase always delivers these cleverly crafted plots that just strengthen the characters and captivate her audience! It's such an artform the way in which she writes! 💗💗💗💗
Read more
Helpful
Comment Report abuse

AngelaC
5.0 out of 5 stars The Valley of Flames
Reviewed in the United States on September 25, 2019
Nothing is as it seems! Just when I thought I knew how the story would play out, BLAM!! out of the blue came an action or an emotion or an intrigue that threw my perceptions off. I love when a story has the ability to capture my entire attention to the exclusion of all else going on. Moriarty is suspicious but naive, devious but innocent and forceful but reticent in her dealings with not only her men, but the Shrouded ones, as well as every other person she encounters. It is a most definite read starting from book 1 and moving through the series. What happens in the finale will only make sense if you understand all of the actions leading up to the conclusion.
Read more
Helpful
Comment Report abuse
See all reviews

Maja Tracey-Stone
1.0 out of 5 stars Flames
Reviewed in Canada on September 26, 2019
Verified Purchase
Could not have been more disappointed so much confusion and aimless running around. This whole book was filled with gratuitous sex as they raced against time trying to save her sister and humanity. Repetitive to the point you could skip full chapters and miss nothing. A sad end to a series making the shrouded the most boring of villains with nothing explained to justify their existence or why they were worshiped.
Read more
Report abuse
See all reviews